After Alisson Becker headed in a 94th minute winner for Liverpool against West Brom on Sunday his manager Jurgen Klopp declared: “It’s the best goal I’ve ever seen scored by a goalkeeper!” Becker has some competition for that prize.

Plenty of goalkeepers have scored with a spectacular punt from their own penalty area.

Some, like Brazilian Rogerio Ceni, who scored more than 130 goals in his career, or Jose Luis Chilavert and Rene Higuita, were dead ball specialists.

For most goalkeepers the chance only comes when the situation is dire and time running out and desperate coaches wave their goalies forward, as the Liverpool bench did on Sunday.

Alisson’s deft header on could be worth millions to his club as it kept alive their late charge for a highly lucrative place in next season’s Champions League.

Here, AFP Sport picks some of the most spectacular, and important, goals scored by the men whose job is usually to prevent them.

Higuita had a flair for the spectacular. Less than a month before his famous scorpion clearance as Colombia played a friendly against England at Wembley, he contributed a far more significant flourish in Medellin to propel his club towards the Copa Libertadores final.

He smashed in the only goal of the game with a 51st minute free kick that flew over the wall, crashed into the underside of the bar and flew down into the goal.

Higuita hit the net again in the second leg, converting his team’s first kick in a penalty shootout which his team won 8-7.

All eight of Chilavert’s international goals came in competitive matches, two of them were against Argentina.

The rasping low drive with which earned Paraguay a draw in Buenos Aires helped propel them to a second-place finish in the South American World Cup qualifying group and a first qualification in 12 years.

On the last day of the season, Carlisle needed to win to stay in the Football League.

With the scores level and four minutes of added time nearly up, they won a corner.

Coach Nigel Pearson waved the on-loan goalkeeper forward. When the ball dropped to him in the six-yard box, Glass slammed it home on the volley.

It was the last of the three games he played for Carlisle.

Masuluke’s spectacular volleyed overhead kick from the corner of the penalty area saved a point for struggling Baroka, but ultimately they were relegated anyway.

It deserves a place on the list because it was a strike of such unlikely beauty that it finished second in FIFA’s goal of the year vote, behind an Olivier Giroud scorpion kick.

Alberto Brignoli, Benevento v AC Milam, Serie A, December 3, 2017 — Brignoli became another on-loan hero when he hurled himself at a 95th minute free kick against Milan.

The goalkeeper made contact just in front of the penalty spot. The ball hit the back of his head and rocketed into the goal to give Benevento a first-ever Serie A point after 14 straight defeats.

When Gikiewicz rose at the far post to nod a last second equaliser he kept Union Berlin unbeaten early in the German second division season, but the point he won proved crucial when Union sneaked into third place.

They edged Stuttgart in the playoffs to reach the Bundesliga for the first time. They are still there. 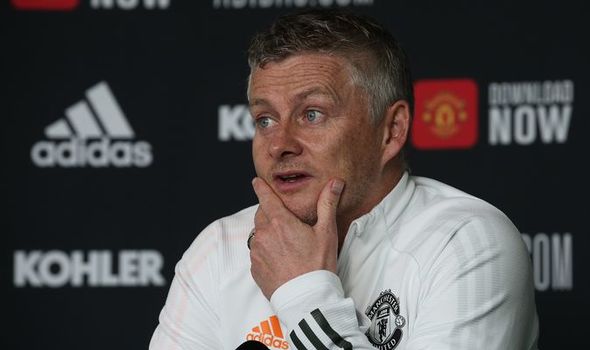 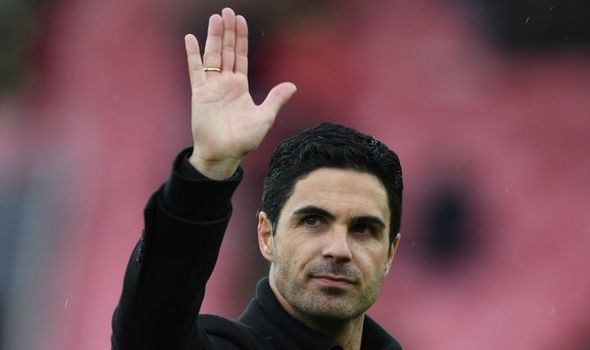 All five teammates before him had scored as equal portions of excitement and terror swelled inside Wembley.

Among them, players defining a golden era for English football — the one that promised to bring football “home”, as a certain popular song first claimed that European summer.

Then, it was down to Gareth Southgate.

England heads into Wednesday’s (2am AEST) Round of 16 Euro 2020 knockout against Germany still searching for its first major tournament trophy in 55 years.

On that night in 1996, Southgate missed, Germany won, and the golden chance passed England by.

Twenty-five years on from that bitter Wembley disappointment, England, now led by Southgate, returns to the same ground where it will meet Germany once more.

It was (West) Germany when Bobby Moore was hoisted high, parading the Jules Rimet Trophy around Wembley in 1966 — the last time England beat its rival in the knockout stages of a major tournament.

The tide turned at Mexico 1970, where England threw away a 2-0 lead in the quarterfinals, with legendary striker Gerd Muller sealing an extra time win.

It was a crushing blow that led to England failing to qualify for the next two World Cups, and three of the next four European Championships. It waited 16 years to play in another knockout fixture, and two decades before playing a semi final.

The nineties brought a new wave of optimism for the English, who enjoyed golden summers in 1990 and 1996 by reaching a World Cup semi final, and hosting another at Euro ‘96.

But their dreams were crushed both times in penalties by Germany, who didn’t miss a kick in either shootout, going a perfect ten from ten.

But Germany, while playing no direct role in the failure of those sides, had already done the damage.

World Cup campaigns in 1998 and 2006 headed to penalty shootouts — again — for the English, who knew the script all too well and was sent packing by Argentina and Portugal respectively.

He was dubbed by the Daily Mail ‘A wally with a brolly’ after England lost a crucial Euro ‘08 qualifier while he watched on from the sidelines under an umbrella with a coffee in his hand.

England looked abroad again, appointing Italian manager Fabio Capello to lead the side at the 2010 World Cup in South Africa.

As England made its push for the quarterfinals, it was Germany who once again blocked the path.

More accurately, England was derailed by a baffling decision that saw a certain equaliser by Lampard — whose shot hit the underside of the crossbar and bounced well past the goal line before spinning back out — not awarded in a pre-goal line technology era.

England lost its way, Germany went on to win 4-1, and goal line technology was introduced years later, with Lampard’s ‘ghost goal’ the catalyst for change.

Capello quit, and England hasn’t hired a foreign manager since.

The point is; playing Germany in a knockout fixture has for generations equated to certain doom for the English.

Southgate knows that better than most.

But the England manager won’t make Wednesday’s Round of 16 showdown about him, even though his shot at revenge is a quarter-of-a-century in the making.

“These players don’t need to worry about 96. Most of them weren’t born. God that’s depressing,” he said in March.

“For some it’s early in their careers, for some it’s got to happen soon. They have got to approach it with that freshness and excitement.

“We have a great opportunity to bring happiness and enjoyment to people. That’s one of the beauties of being involved with the national team and we’re desperate to try to do that.”

On paper, England is well-poised to turn the tables on Die Mannschaft. The Three Lions enjoy a home ground advantage and, while being lacklustre in attack, have conceded only one goal in nine games.

Meanwhile, Germany is in a transitional phase, and the final days of a 15-year reign for manager Joachim Löw, who is stepping aside at the end of the tournament.

Pitted in the group of death, Germany left it late to sneak through to the Round of 16.

Low’s side dominated possession against reigning World Cup champions France, but still looked a step behind in a 1-0 loss. Portugal was then helpless to stop a dominant display on the wings by Robin Gosens and Joshua Kimmich as Germany won 4-2. Although, they were blunted by a deep-lying Hungary in the final match.

Eventually, Leon Goretzka popped up in the box in the 84th minute to clinch second-place for the Germans, and book a date on Wednesday with the Group D winners.

England’s track record, however, doesn’t instil any confidence. How could it when it was dumped from the tournament at the same stage by Iceland in 2016?

Southgate’s side claimed seven points but is far from firing on all cylinders, with star striker Harry Kane particularly out of form.

England felt its way into the tournament with a cagey, albeit acceptable, 1-0 win over Croatia, before a listless display against Scotland rang alarm bells in a 0-0 draw.

Southgate rejigged his team for the final match against Czech Republic and England looked sharper in a 1-0 win, although qualification had already been assured.

“Listen, we had an eye on the other game as well and after watching that game, I’m quite confident of a good result for England,” Ferdinand said on BBC Sport.

“I know we’re getting excited, that’s what we do as England fans.”

Meanwhile, Shearer wrote for the BBC: “I’m feeling pretty confident about it too.

“We certainly don’t have to fear Germany anyway. In fact I haven’t seen anything at this European Championship that we should really be scared of.”

The mood in Germany is more subdued, with former international Pierre Littbarski saying: “Their performances haven’t been perfect but they look better than us. They look like they can put another 10-20 per cent on the pitch.

“We’re struggling at the moment and we’re still struggling to find our best formation. History is on our side, but I feel it will be a very complicated game.”

England heads into the match having finally ended nearly 30 years of penalty pain, downing Colombia in a Round of 16 shootout at the 2018 World Cup.

Southgate wildly celebrated the lifting of the curse that balmy Moscow evening, before consoling Colombia’s Mateus Uribe — a walking reminder of his own darkest night in football.

“I have had a couple of decades thinking it through,” Southgate said before the match. “I was a volunteer, really (in Euro 96). The type of character I was, I felt you should put yourself forward.

“It is probably braver not to, if you are not confident.”

That win was only temporary relief for Southgate, and England. Germany’s arrival at Wembley is sure to bring haunted memories back into sharp focus.

With the blockbuster comes a fresh chance to vanquish them once and for all.