Jurgen Klopp hailed Liverpool’s desire not to ease up after clinching the Premier League title as two goals from Mohamed Salah kept the Reds on course for a record points tally with a 3-1 win at Brighton on Wednesday.

The champions move onto 92 points with three wins from their final four games enough to break Manchester City’s record of 100 points from two seasons ago.

“We are champions and it could be softening but it is not – the boys go with everything,” said Klopp. “We now have 92 points and last season we had 97! We got five points more than this last season – that’s unbelievable, I have no idea how we did that.”

Klopp’s men were quick off the mark with two goals in the first eight minutes to end a run of five games without a goal away from home either side of the coronavirus shutdown.

Brighton’s desire to play out from the back has been one of the hallmarks of Graham Potter’s first season in charge and the Seagulls look certain to meet their target of staying in the division with a nine-point cushion over the bottom three. Champs too strong for Albion

But the hosts were twice caught out by Liverpool’s press to leave themselves too much to do despite another promising performance.

“They had a brave formation and set up but we had a super solution for that. Our high press was outstanding.”

Salah remained in the hunt for a third Golden Boot in as many seasons as a Liverpool player as he slotted home Naby Keita’s cross to open the scoring.

Two minutes later the Reds robbed possession again in the Brighton half and after Salah was held up, Jordan Henderson curled home a brilliant shot into the far corner for a rare goal in an inspirational season for the Liverpool captain.

However, Henderson later limped off with a knee injury that Klopp is concerned could end his season. Reds back in vogue, City down

“We have to make scans but we know it is not nothing, so that is already enough,” said Klopp.

Rather than letting the floodgates open, Brighton showed impressive resolve to then take the game to their illustrious visitors.

Neco Williams made a brilliant block on his first Premier League start to deny Leandro Trossard a quick reply before Alisson Becker saved from Neal Maupay.

Brighton got their reward just before half-time when Trossard connected sweetly with Tariq Lamptey’s cross to halve the deficit.

“I asked them to play that way. The decision making could be better but they showed personality to claw back into the game,” said Potter.

“We tried to play, we went toe-to-toe and there were lots of positive performances for us.” Dan Burn wasted a huge opportunity to bring the hosts level after the break as he failed to hit the target with the goal gaping.

Salah was more clinical when he headed home Andy Robertson’s corner at the near post for his 19th Premier League goal of the season to move within three of Jamie Vardy in the race for the Golden Boot.

But the Egyptian then missed two big chances in stoppage time for his third Liverpool hat-trick and to further cut Vardy’s lead at the top of the scoring charts as Mat Ryan flicked his first effort over the bar before Salah headed over with the final touch of the game. 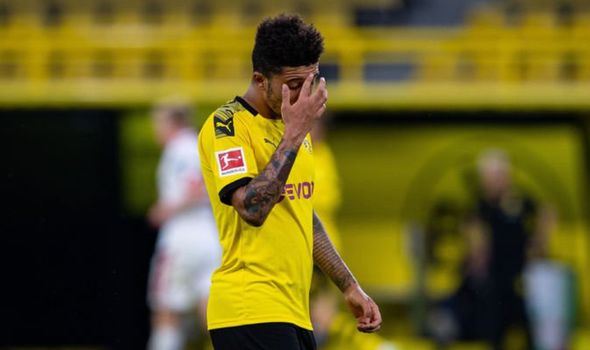 Borussia Dortmund insist Jadon Sancho will not be sold to Manchester United this summer. 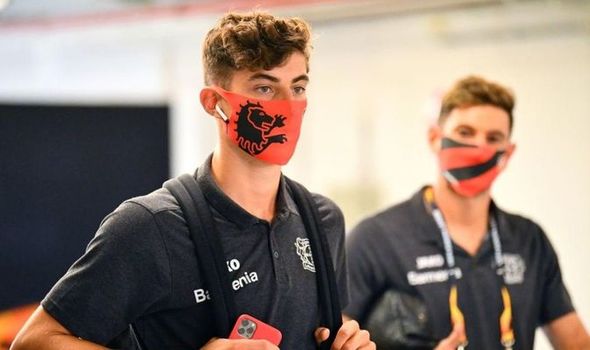 Chelsea are closing in on the signing of Kai Havertz after Bayer Leverkusen were knocked out of the Europa League.

A stirring fightback from Adelaide United earned them a 2-2 draw with a 10-man Melbourne City at ANZ Stadium on Tuesday night but may not be enough to earn the gallant Reds an A-League finals berth.

Late goals to Norwegian striker Kristian Opseth and Ben Halloran secured the Reds a share of the points after headers from Uruguayan midfielder Adrian Luna and Socceroos striker Jamie Maclaren had City leading 2-0 at half-time.

City, who had English winger Craig Noone controversially sent off in the 67th minute, missed the chance to chance to seal second spot on the ladder, with third-placed Wellington Phoenix remaining in striking distance with both teams having one game of the regular season to play. However, the Victorian club has three games in hand and a far superior goal difference, and could end Adelaide’s season as early as Wednesday night with a win over Perth Glory.

Regardless of Wednesday night’s result, the Glory cannot be dislodged from the top six, with Adelaide – who have played all their matches – finishing a point adrift of Perth.

The Reds had named an unchanged team for a fourth match in succession, while Melbourne City made one change, with Nathaniel Atkinson coming in for club captain Scott Jamieson, who returned to Victoria for the birth of his first child.

The woodwork saved Adelaide from disaster in the 23rd minute when a careless back pass from Reds defender Jordan Elsey left his goalkeeper Paul Izzo stranded on its way to hitting the post.

Having survived that scare, the Reds spurned a good chance to take the lead in the 33rd minute when an unmarked Halloran failed to hit the target at the back post after being found by a free-kick from Taras Gomulka. Adelaide were made to pay for the miss just a minute later when Luna put City ahead.

English winger Craig Noone was the provider with a cross headed home by Luna, who timed his run into the penalty area to perfection.

Adelaide left-back Ryan Kitto had a chance to equalise in the 39th minute with a dipping, long-distance strike that was tipped over the crossbar by City goalkeeper Thomas Glover.

City’s response was again immediate and more clinical, with Maclaren scoring his 20th goal of the season a minute later when he rose high to head home a Luna cross that deflected off Kitto.

Maclaren was in the mood, and it was only the post that denied him a second goal eight minutes in the second half after a blistering shot had Izzo beaten.

City were reduced to 10 men 22 minutes into the second half when Noone was shown a straight red card by referee Alex King for a lunging and late tackle on Reds skipper Michael Jakobsen.

Sensing their opportunity, the Reds threw everything at City and were rewarded in the 78th minute Opseth scored from the penalty spot after a Luna foul on Reds substitute Pacifique Niyongabire.

Halloran’s stoppage-time equaliser was part of a dramatic finish, but the Reds fell short in finding a winner.