With global football – with the exception of the Belarusian league – on hold indefinitely, there is plenty of time for agents to sound out the interest in their clients to new teams.

And with clubs financially struggling, it is set to be a buyers’ market when transfers are officially allowed again, with smaller clubs desperate to bring in money to supplement months of empty stadiums and loss of TV revenue.

Here’s all the latest gossip, in today’s Rumour Mill…

Wolves striker Raul Jimenez has opened up his signature to the highest bidder after revealing he has no release clause in his contract.

The Mexico star has been one of the stand-out forwards in the Premier League since joining Wolves and has now attracted the likes of Real Madrid and Manchester United’s gaze.

He told Spanish outlet MARCA: “They (Wolves) bought me for €40m, they won’t sell me for less. There is no release clause, but the clubs [in England], it is different how they are managed.

“I see a lot of people talking and saying that ‘he’s [ready] for a top-six team’. Right now we are in fifth place and we are not behind anything of those teams. I mean, apart from Liverpool who are way above this season, I think we are fighting as equals with everyone else.”

‘I MISSED THAT, WAS THERE A RED CARD?’: REMEMBERING FOOTBALL’S MOST AWKWARD LIVE CROSS

Aston Villa captain Jack Grealish has been told he has ‘no chance’ of joining Manchester United at the end of the season, despite claims suggesting he was in line for a big-money move.

That’s according to a player who played for both teams, Paul McGrath, after the Englishman’s recent boozy outing whilst supposedly in lockdown.

“He is linked with a massive club in Manchester United, so you think to yourself that you have to act accordingly.

“It doesn’t matter if you are 24, you have to act accordingly and I hope that this isn’t something that is going to cause him a lot of problems. I really do hope that.”

FROM MADRID TO… MERSEYSIDE?

Everton boss Carlo Ancelotti is rumoured to be attempting to line up a reunion with his former Real Madrid charge James Rodriguez.

The Colombian playmaker has little over a year left on his contract and is surplus to requirements at Real with Everton topping the list of interested clubs, according to Spanish outlet MARCA.

It is not the first time Ancelotti has attempted to take James with him, saying while managing Napoli last July: “I’m very attached to James, I rate him very highly and he can certainly improve our team.” 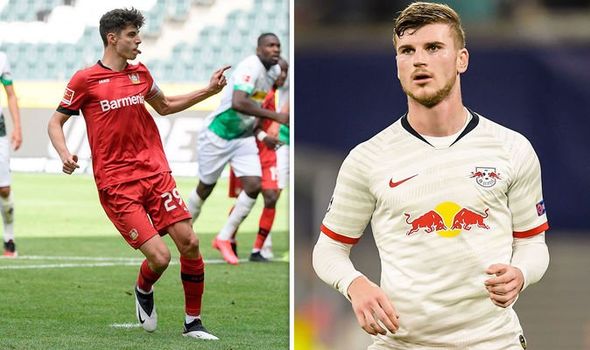 Liverpool are linked with moves for Bundesliga duo Kai Havertz and Timo Werner. 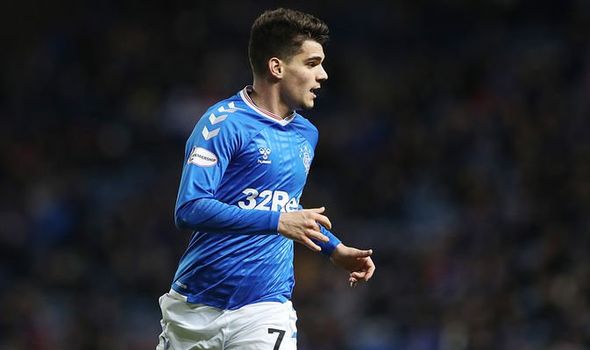 Rangers are close to completing the signing of Romania ace Ianis Hagi from Genk. 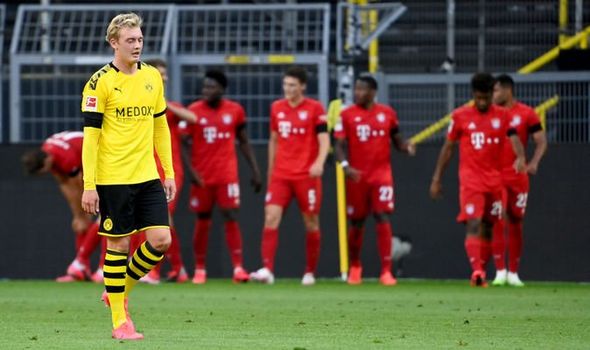 An unstoppable Bayern Munich are now within close grasp of an eighth straight Bundesliga title after once again downing Borussia Dortmund on Tuesday night.