Perth Glory will start Olyroos star Nicholas D’Agostino in a blockbuster battle with Brisbane Roar in a sold-out Dolphin Stadium.

After losing 1-0 to Tokyo FC in the Asian Champions League during the week, Perth are looking to fire back to form – and their A-League credentials are incredible.

Perth are unbeaten in nine games in the league, while Robbie Fowler’s Roar have lost just one in their previous eight.

A win or draw would move Perth into second on the ladder, while Brisbane could rise from sixth to fifth with three points.

Watch the action on Fox Sports 505 from 4.30pm AEDT, and follow the drama in our live blog below!

SLEEPING GIANT: After 16 years, can Leeds return to the Premier League?

MIND GAME MASTER: Jose made a bold Chelsea claim. Is he lying, joking, or cheating? 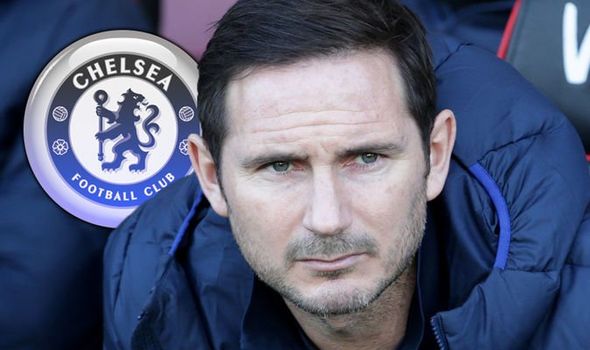 Mark Bosnich admits there were only a select few top-calibre strikers he had to study for before coming face-to-face with them in the Premier League — current Brisbane Roar boss Robbie Fowler being one of them.

Former Socceroos goalkeeper Bosnich played the majority of his career in England with the likes of Manchester United, Chelsea and Aston Villa, coming up against Liverpool legend Fowler on a couple of occasions.

Worshipped on Merseyside, Fowler went on to score 183 goals for Reds including a memorable double against Bosnich’s Villa in the FA Cup Semi Final in 1996

Speaking on the Fox Football Podcast, Bozza broke down what it was like facing a shot from Fowler back in the day.

“I very rarely did video analysis, I did sometimes,” he said

“But a lot of the time it was to mainly see how the opposition play so I can help with my directions to my defence.

“But in terms of personal video analysis I did it for very few players because I had the measure of a lot of things — except for penalties. But Robbie Fowler was one. He had this habit. It wasn’t necessarily the outside of the foot that we’d associate with Brazilian players, but he used to hit across the ball. There was that wonderful goal that time at Anfield which a lot of people loved where he turned Steve Staunton inside out and hit it from about 25 metres. If you watch that very careful, there’s not a lot of backlift and he basically hits across the ball.

RUMOURS: Manuel Neuer on his way to the Premier League?

‘WHAT DO THEY EXPECT?’: Perth Glory boss unimpressed with PFA anger

“So as a goalkeeper facing a left-footer you kind of think to yourself that he can only really go left. Remember, to make the truly great saves you have to be pretty certain that you know where they’re going to go so you can move a little bit just to give you that half chance.

‘THEY NEARLY HAD A FIGHT’: How a Bozza shirt swap sparked AC Milan bust-up

“So the way he (Fowler) approaches the ball in that situation makes you start to go a little bit to the left but as soon as you do that the ball starts going the other way and when it’s hit with that type of speed it is past you before you even know it.

“That was one that I really, really had to study for.”

UEFA chief Aleksander Ceferin claims the 2019-20 season “is probably lost” — unless football returns by the end of June.

He is working with authorities across Europe to find a way to complete the campaign that has been halted by the coronavirus outbreak.

Ceferin told Italian newspaper La Repubblica leagues across Europe could “start again in mid-May, in mid-June or at the end of June”, adding: “Then, if we don’t succeed, the season is probably lost.”

The Slovenian said that if it took until August to complete the fixtures then the start of the 2020-21 campaign could be pushed back into the autumn.

But any long delay would require agreement about extending the contracts of players whose current deals are due to end on June 30, and about how the transfer window would work.

Ceferin said: “It would have to work with respect to the players and the signing periods.

“We will see what the best solutions for the different leagues and clubs are.

“It’s difficult to imagine all the games being played behind closed doors.

“But now we don’t even know if we will resume, with or without spectators.

“If there are no other alternatives, it would still be better to conclude the championships.

“In this dramatic moment, the most important thing is people’s health and getting out of this crisis.

“Of course, the interruption of football symbolises that Europe and the world has stopped.

“We don’t know when this pandemic will end, but we have a plan A, B and even C.

“We are in contact with the leagues, with the clubs, there’s a working group. We have to wait, like any other sector.”