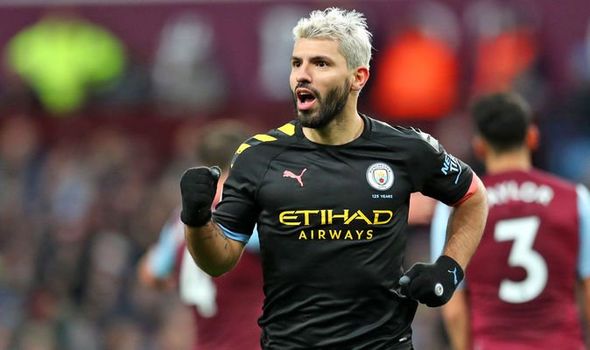 Manchester City star Sergio Aguero became the highest non-English goalscorer in the Premier League as he scored a hat-trick against Aston Villa. 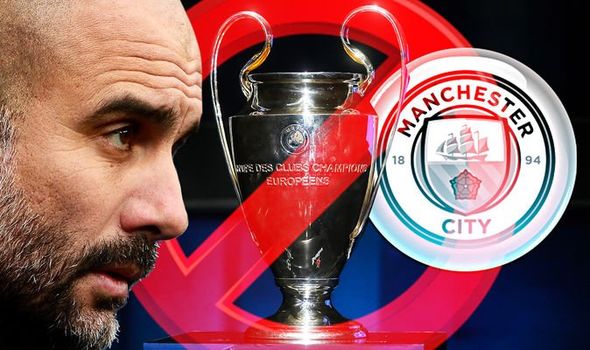 Manchester City have been banned from the UEFA Champions League for two seasons, and ordered to pay a fine of £25million , after they were found to have broken Financial Fair Play rules.

Nuno Espirito Santo claimed football is in danger of becoming robotic after Wolves were controversially denied by VAR and Leicester’s Hamza Choudhury was sent off in a stormy 0-0 draw at Molineux on Friday.

Santo’s side thought they had taken the lead when Willy Boly headed home in the first half, but VAR stepped in to chalk off the goal for the tightest of offside calls against Diogo Jota.

Wolves were furious, but the officiating turned in their favour after half-time as Leicester had a penalty appeal turned down before midfielder Choudhury was sent off for a second booking.

Still unhappy at full-time, Santo bemoaned the way VAR decisions and long delays are sucking the emotional out of the sport.

“It is reality now but each time it happens it upsets you. When you see the images, there is not a clear advantage but the law is the law,” he said.

“The ref said it was offside. We have to get used to it and hope it improves. They have to improve, it’s obvious.

“Something has to be done. Let those who understand do something to have the joy of celebrating. We are in danger of becoming robots.” Leicester remain third in the Premier League, one point behind second placed Manchester City as they bid to qualify for the Champions League.

END OF AN ERA? Manchester City had one goal. But this ban will ‘end its dynasty’

WILL PEP GO? WHO CAN SNEAK INTO EUROPE? Ramifications of City’s CL exile

Leicester boss Brendan Rodgers was encouraged by his team’s second clean-sheet in their last 11 league games, especially as they had to withstand a late Wolves barrage.

“To keep a clean-sheet is very pleasing. I didn’t think the first one was a yellow. I felt Hamza was unfortunate,” Rodgers said.

“It is the game now, his little toe was offside. They will feel it was harsh,” he added of the VAR decision.

Wolves had returned from a winter break in Spain for the 42nd game of a gruelling season that started with Europa League action back in July.

But they never looked fatigued in a bruising encounter and climb to seventh in the table.

Pedro Neto cut into the Leicester penalty area and found Jota early on, but Wolves winger’s low shot was blocked by the outstretched leg of Leicester keeper Kasper Schmeichel.

Neto was the provider again when Leander Dendoncker glanced just wide from his corner.

Caglar Soyuncu should have put Leicester ahead but he nodded straight at Rui Patricio from James Maddison’s free-kick.

Wolves defender Matt Doherty needed lengthy treatment to close a gaping wound that left blood pouring from his head after a clash with Maddison.

Doherty was eventually able to continue and played a role in the move that nearly brought Wolves the opening goal in the 44th minute.

Neto’s cross was flicked on by Doherty to Boly and he headed home, only for VAR to disallow the goal for an extremely tight offside against Jota, who had passed to Neto in the build-up.

TRANSFER ANALYSIS: An Etihad exodus could be on the cards. These Man City megastars might make a move

Wolves captain Conor Coady was furious with referee Mike Dean as the players walked off at half-time, reportedly shouting “You’re the referee and even you don’t know” at the official.

VAR went in Wolves’ favour after the break when Maddison appeared to be shoved over by Romain Saiss in the penalty area, with Dean giving a goal-kick and the review system backing his assessment.

And it was Leicester’s turn to suffer at the hands of Dean again in the 76th minute.

Already on a booking, Choudhury slipped over and lost control of the ball, reacting with a lunging tackle that sent Dendoncker sprawling.

Wolves nearly took advantage of their numerical superiority when substitute Adama Traore picked out Raul Jimenez for a header that flashed over.

Jimenez was guilty of a worse miss in the closing moments when he again failed to hit the target with a header from Joao Moutinho’s delivery. 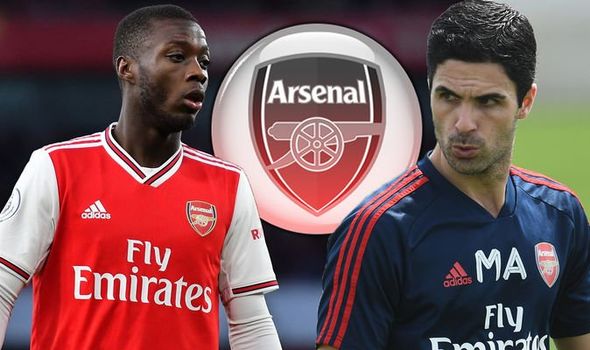 Mikel Arteta is hopeful Nicolas Pepe can find his best form between now and the end of the season.

Man City ban: Does the team finishing in 5th place qualify for Champions League next year?