It’s the January transfer window and although there have not been too many deals to talk of so far, the changes in rules for being cup-tied for the Champions League means we’ve got a better chance than ever of seeing some big moves.

Here are the biggest 10 we could see in January, and the likelihood of them actually happening…

Stream live coverage of La Liga, Bundesliga, Serie A, Ligue 1 and the EFL Championship with beIN SPORTS on KAYO. New to Kayo? Get your 14 day free trial & start streaming instantly >

Gareth Bale was signed by Real Madrid with a view to him becoming Cristiano Ronaldo’s successor. While that has not happened on the pitch, it seems to have happened off it, with the Welshman being constantly linked with Manchester United every summer.

He wants to leave Real Madrid (Remember: Wales. Golf. Madrid. In that order?) and Real Madrid want him to leave but due to his astronomical wages, neither party are getting their wish so far. And it’s those wages that means it probably won’t happen in January either.

Jadon Sancho has been linked with all of the top teams in Europe but there appears to be stumbling blocks with all of them, with the biggest one being Borussia Dortmund do not want to let him go.

He grew up as a Chelsea fan but went through the Manchester City academy and has been drawing admiring gazes from United and Real Madrid. And with the arrival of Erling Braut Haaland at Dortmund, it appears they are preparing for his departure, albeit more likely at the end of the season than in January.

This one is very farfetched, even for the end of the season, never mind January, but there have been growing whispers of Kylian Mbappe interesting Liverpool and vice versa. The PSG striker will want to get to either La Liga or the Premier League sooner rather than later and the European Champions suddenly appear to be front of the queue.

Real Madrid will also be there – whether their interest is true or not – which will drive up a price which is already sky high but this could be the transfer saga which dominates the European summer. But January just comes too soon.

This is an exciting transfer, should it happen. The 23-year-old has been scoring for fun in the Bundesliga this season and if not for the goalscoring cyborg that is Robert Lewandowski, he would be top of the scoring charts in Germany.

Chelsea owner Roman Abramovich has a pocket full of cash he is itching to spend after the Blues’ transfer ban but Real Madrid are also in the market for a striker after Luka Jovic flopped following his move six months ago.

Thomas Lemar was one of the most highly coveted players in the world when he left Monaco for Atletico Madrid in 2017. Just before that, he did come close to signing for Arsenal and now the north Londoners and their neighbours Spurs have been offered the chance again.

According to The Independent, both clubs are considering a move after being offer the Frenchman on a six-month loan deal with a £60m option to buy at the end of the season. He has fallen out of favour in the Spanish capital and, with the Euros on the horizon, will be desperate to get regular football again.

Pogba is off his rocker

Like the Bale to United rumours, Paul Pogba’s move to Real Madrid is one that seems like it will live on forever. His agent has been highly disparaging about the Red Devils and Pogba himself has spent much of the season out injured after stating his desire for a new challenge in June.

But his stock has fallen this season by not playing and there aren’t many teams out there willing to meet Manchester United’s £160m valuation. It seems the only way he is getting out of Old Trafford is via a swap deal, which is notoriously the toughest to do.

Wilfried Zaha has been itching for a move away from Crystal Palace for nearly two seasons now and actually blew a gasket when he found out his deadline day move to Everton in September had fallen through.

Now he has a new agent who is seeking opportunities abroad with AC Milan, as well as in London with Chelsea. But is his £80m price tag too much to tempt clubs into getting into a bidding war?

One way or another Christian Eriksen is leaving Tottenham, whether it is this month or in July, he has committed to not signing a new contract. His heart was set on Real Madrid or Barcelona before the start of the season but with Mauricio Pochettino and Jose Mourinho both being set on playing players who are staying at the club, he has found his game time limited.

For that reason, Spurs would be willing to offload him for around £25m-£30m in January before he can walk away for free at the end of the season. What is most likely is that he agrees a pre-contract agreement with a foreign club this month, however.

Manchester United are in the market for a midfielder and Gedson Fernandes is available, having fallen out of favour at Benfica this season. He has been made up for grabs, with the club willing to accept less than his £60m buyout clause.

His representatives have already spent time in London – where Manchester United’s head offices are based – but so are West Ham, who have also been linked with his services. Everton are a third club who have been mentioned so it appears he will be a Premier League player on way or another.

James Maddison is Manchester United’s top target this month and at the end of the season as the club look to rebuilt their midfield with him as the creative fulcrum to set their rapid forwards loose.

However, Leicester do not need to sell and have repeatedly said they will only sell players they want to sell. Therefore it would take a bid well above the £80m that Harry Maguire cost United to even tempt them to sell. More likely, it will take a British record bid of £100m or more and even that, in January, is terribly unlikely to work. This looks like a end-of-the-season move. 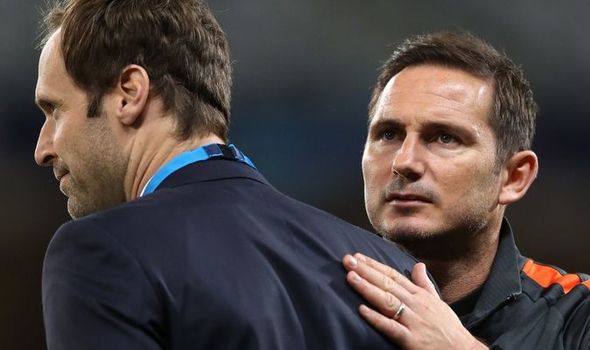 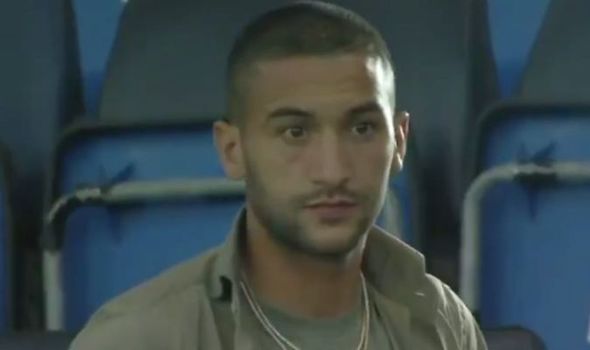 Chelsea completed a £33.4million deal to sign Hakim Ziyech from Ajax in February. 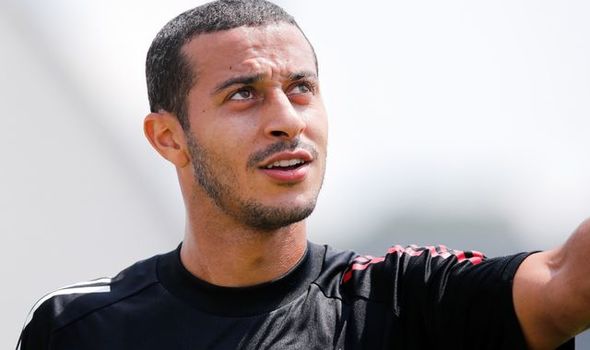 Shan Masood ready to turn the tables in England