Our Aussies are making waves in Asia.

While former national team head coach Ange Postecoglou is just one game away from clinching the J-League title, current Socceroos striker Adam Taggart wrote his own name in the Asian football history books.

That and more in this week’s edition of Roo Radar!

Socceroos striker Adam Taggart has taken out the K-League golden boot, with 20 goals in 33 games for his South Korean side Suwon Bluewings. 🇦🇺🇰🇷 pic.twitter.com/G5a2QQDUas

The Socceroos front man’s profilic form – netting 20 goals in his 33 appearances in his debut season with Suwon Bluewings – has seen him pick up a major individual accolade in Korea’s top tier.

Elsewhere in Asia, Ange Postecoglou is just 90 minutes from what’s being hailed as the greatest achievement by an Australian coach with his Yokohama F. Marinos poised to clinch the J-League title next weekend.

Yokohama host second-placed FC Tokyo in a blockbuster final-round clash and only an unlikely home defeat of four goals or more will prevent the 54-year-old from becoming the first Australian coach to win a major domestic club trophy overseas.

It comes two years after he walked away from coaching the Socceroos after qualifying for the 2018 World Cup and in just his second season with the Japanese club.

Yokohama thrashed fourth-placed hosts Kawasaki Frontale 4-1 on Saturday in the penultimate round to sit three points clear at the top of the table after FC Tokyo could only draw 1-1 a home with 13th-placed Urawa Red Diamonds.

Mat Ryan was forced into some terrific saves but he couldn’t stop Premier League leaders Liverpool from taking all three points from Brighton and Hove Albion.

The Socceroos shot stopper stopped the Reds from scoring on several occasions — he made two brilliant saves in particular to deny Roberto Firmino and Sadio Mane in the first half.

But it was two sloppy set pieces that ultimately proved costly.

Mooy’s venomous 85th minute strike looked destined to hit the back of the net but Adrian’s strong hands were behind it.

Set piece goals put us behind the 🎱 but proud of some of the football we played against one of the best teams in Europe and always special to play at such a historic place. https://t.co/i04WXGOAfL

Down in the Championship, Massimo Luongo guided Sheffield Wednesday to a dramatic 3-1 win over Charlton.

The Aussie midfielder was introduced with 13 minutes to go and the scored locked at 1-1 — and it took the Owls just a couple of minutes to find the breakthrough.

They dropped to 12th on the Championship table after losing 3-1 to rock bottom Barnsley.

Kenny Dougall was an unused substitute for Hull, while goalkeeper Adam Federici also watched from the bench as relegation battlers Stoke City were downed 2-1 by Blackburn.

TALK ABOUT TOUGH: The 2020 European championships has an all-time group of death

In only his sixth start of the campaign after returning from a knee injury, Rogic fired home a left-footed strike just after the hour mark to put the game out of reach for Ross County.

Scottish-born Socceroo Martin Boyle played the last 20 minutes of Hibernian’s 2-2 draw with Kilmarnock as he continued his comeback from injury.

Aussie left back Aziz Behich earned his first start since September as his side won 2-0.

Although he took the field in an unfamiliar right-back role, Behich returned to Istanbul Basaksehir’s starting line-up for the first time in three months.

Over in Denmark, Socceroos midfielder Mustafa Amini scored a last-gasp winner for AGF to snatch a 2-1 away win against Esbjerg.

From 25 yards out in the 93rd minute, Amini found the back of the net with a gorgeous strike to clinch all three points and move AGF up to third in the Danish SuperLiga.

Milos Degenek’s Red Star Belgrade extended their lead at the top of the Serbian Super Liga to seven points after recording an 2-0 win over Vozdovac.

In the Eredivisie, Ajdin Hrustic played the 90 minutes as FC Groningen lost 1-0 against Fortuna Sittard, while Apostolos Giannou’s Cyprian side AEK Larnaca came off second best in the 2-1 loss to Anorthosis.

Over in Austria, midfielder James Jeggo only played half an hour as Austria Wien hammered Hartberg 5-0.

Perth Glory have shored up their defensive stocks by signing veteran Vince Lia for the remainder of the A-League season.

With defender Dino Djulbic (ankle) placed on the long-term injury list and fellow centre back Osama Malik sidelined by a hamstring tear, Glory’s defensive reserves have been dangerously thin.

Lia has played the bulk of his 255-game A-League career as a midfielder but he can also be used at centre back.

GARY NEVILLE: Heads need to roll at Man United — but it shouldn’t be Ole’s

The 34-year-old’s arrival will also give Glory the chance to rotate some of their regulars during a busy period that will see the club play both A-League and Asian Champions League matches.

Lia played more than 200 games for the Wellington Phoenix after starting his career at Melbourne Victory.

More recently he was part of two FFA Cup winning campaigns at Adelaide United but had featured just twice for the Reds this season before parting ways with the club last week.

Glory have won six games on the trot to shoot up to third spot and Lia was excited about joining a club in the frame for title success.

“I’m really looking forward to being part of what I think is a special group,” Lia said.

“It’s a team that will obviously challenge for the league again and with an Asian Champions League campaign coming up, I’m hoping to help in any way I can.”

The pair will be put through their paces this week ahead of Saturday’s blockbuster clash with Melbourne City at AAMI Park.

Glory will leapfrog City into second spot if they can secure victory.

RUMOUR MILL: Big-name signing on the horizon with target’s ‘goal’ to play for Reds 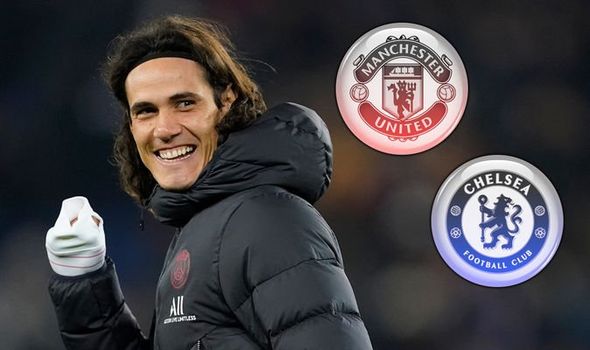 Edinson Cavani is wanted by a host of teams in Europe. 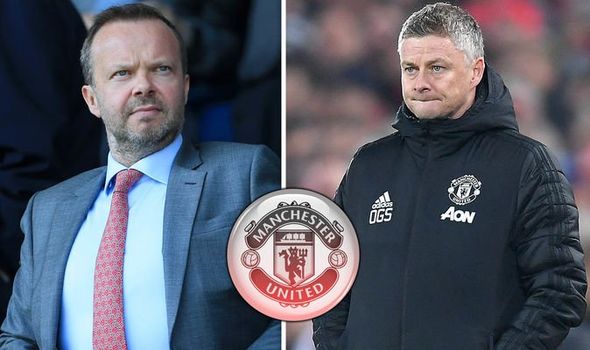 Manchester United are now 30 points behind Liverpool following their 2-0 defeat at Anfield on Sunday.

With lessons learned from SB LI collapse, Kyle Shanahan ‘glad’ to get another title chance