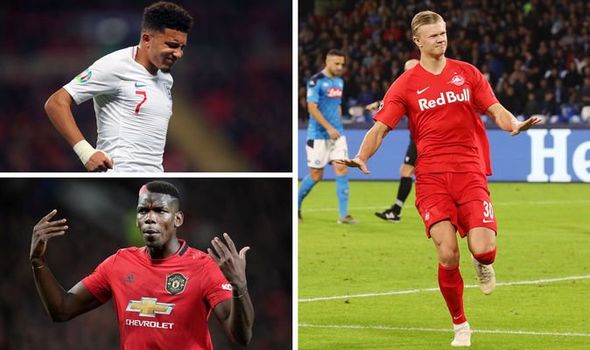 Manchester United are looking to strengthen in the January transfer window and Express Sport brings you updates from Old Trafford throughout the day.

It appears Max Allegri is on his way to the Premier League.

The Italian tactician is set to snub a move to his former employer Juventus after revealing he ‘already has a deal’ with a ‘great English club’.

That and more in another edition of Rumour Mill!

Former Juventus boss Max Allegri has a deal in place with a “great English club”, according to Italian reports.

Allegri’s Juve replacement Maurizio Sarri could be facing the sack at the Serie A champs and the Old Lady reportedly want the 52-year-old back to replace him.

AC Milan were also said to have approached former boss Allegri but he will refuse any offers from Italy because of a deal already in place “with a great English club”, according to Corriere dello Sport.

The Italian outlet claims any approach from the San Siro side was not serious and while the Juve job could soon become available given their recent slump under Sarri, Allegri already has a Premier League agreement in place.

However, the English top flight side in question remains unclear, although he has been heavily linked with Manchester United.

Philippe Coutinho has reportedly told Barcelona he wants to leave in the summer and make his loan move to Bayern Munich permanent.

The Brazilian playmaker is currently on a season-long stay at the Bundesliga giants, where he has chipped in with seven goals and eights assists in 27 games.

And according to Catalan radio show Club de la Mitjanit, the 27-year-old has his eyes firmly set on remaining with the Bavarian side.

It has been claimed that the Copa America winner has let the Blaugrana know of his intentions to leave, with the LaLiga side agreeing to sanction his exit.

They add that Coutinho has expressed his desire to remain a Bayern player, with Barca reaching out to the German outfit to ask them what they intend to do.

However they state that Bayern are unsure on whether they want to turn his loan spell into a permanent move, and haven’t yet made a decision.

SENIOR PL REF’S HILARIOUS ADMISSION: I chant ‘the referee’s a w****r’ when supporting my team

Sergio Ramos’ contract talks with Real Madrid are at an impasse, according to reports – leading to speculation surrounding the 33-year-old’s future.

His current deal expires in the summer of 2021, by which time Los Blancos’ skipper will have turned 35.

The player wants to stay at the Bernabe but according to AS is demanding a two-year extension.

Real are in no hurry to tie Ramos down, and are happy to wait until next season.

Negotiations could be tricky, however, with club policy being to only award one-year contract extensions to players 32 and over.

Ramos was linked with a big-money move to China back in May, but called a press conference to reveal that he intended to finish his career at the Bernabeu.

He even stated that he would be willing to play for Real for FREE. 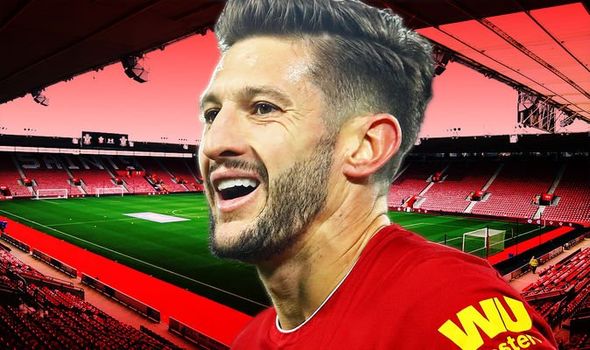 EXCLUSIVE: Southampton want to bring Adam Lallana back from Liverpool but will face competition from the likes of Leicester, Arsenal and Tottenham.

A young Manchester United fan who wrote a letter to Liverpool asking them to stop winning games has been left stunned after receiving a letter back from Jurgen Klopp.

Donegal schoolboy Daragh Curley penned the letter in late January to the German footie coach as part of a school project.

But the last thing the ten-year-old expected was a lengthy reply from Klopp.

Earlier this week Daragh’s mum Tricia was at their local post office, McFaddens in Glenswilly, when they told her they had a registered letter for her son.

When Daragh opened it he found a personally-signed letter from Klopp explaining why millions of Liverpool fans would not like his team to lose games.

In his letter, the Glenswilly National School pupil asked the Liverpool manager to take it easy on other teams.

He wrote “Liverpool are winning too many games. Being a United fan that is very sad.

“The next time Liverpool play please make them lose. You should just let the other team score. I hope I have convinced you to not win the league or any other match again.”

He said “I’m a United fan but I have to say I really admire Klopp. You could tell by the language he was using German phrases and it was a personal response.

‘DO EVERYTHING I CAN TO LEAVE’: Frozen out Socceroos star opens up on German nightmare

SENIOR PL REF’S HILARIOUS ADMISSION: I chant ‘the referee’s a w****r’ when supporting my team

“Daragh couldn’t believe it and it was great to be able to bring it into the school and show everyone.”

In the letter back to Daragh, Klopp said he noted Daragh did not send him good luck but he was always delighted to hear from young football fans.

However, he wrote: “On this occasion, I cannot grant your request, not through choice anyway.

“It is my job to do everything I can to help Liverpool to win as there are millions of people around the world who want that to happen so I really do not want to let them down.

Klopp also praised Daragh for his passion for football.

He added “Having read your letter, I think I can safely say one thing that will not change is your passion for football.

“United are lucky to have you. I hope if we are lucky enough to win more games and lift some more trophies you will not be too disappointed as although our clubs are great rivals we also share a great respect for one another. This is what football is all about. Take care and good luck, Jurgen.”