For 85 minutes at Old Trafford, there was a beautiful symmetry to Ole Gunnar Solskjaer’s Manchester United career to date and his beleaguered side led the European champions and the Premier League leaders in the early hours of Monday morning (AEDT).

The Norwegian was handed his dream job on the back of Jose Mourinho’s humbling 3-1 defeat against the same Liverpool side back in December.

The Reds’ return to Old Trafford was met with a tactics switch from Solskjaer as he opted to switch to a back five with the inclusion of Axel Tuanzebe – and then Marcos Rojo after the former’s injury in the warm up.

It was the first time the Red Devils have lined up like that since that fateful 3-0 defeat under Mourinho, who was watching on from the television studio at Old Trafford.

But five minutes from time, Liverpool and Adam Lallana struck and what was a perfect symmetry for 85 minutes quickly became a five-minute summation of Solskjaer’s tenure.

Lallana’s strike ensured United have not won when fielding a back five since the 3-1 win over Arsenal back in December 2017.

More worryingly, however, it underlined the same, old problems which have plagued this now dormant giant of European football.

The goal meant that United have now dropped more points from winning positions this season than any other team, except for newly-promoted Aston Villa.

It is also now 21 games out of the last 24 played under Solskjaer that his side have failed to score more than once in all competitions.

They failed to register a single shot on target in the second half and this comes on the back of Marcus Rashford winning the club’s goal of the month competition for September with a penalty – because no other goal was scored in the month.

Put simply, they had Liverpool on the ropes and times and probably should have won this game, if not for their impotence in front of goal.

KLOPP SAYS CONTROVERSIAL CALL ‘SHOWS ALL THE PROBLEMS WITH VAR’. IS HE RIGHT TO COMPLAIN?

“He’d score 20 goals a season for you with his eyes shut. They’re in disarray, just go and get him.”

As unlikely as that seems, Harry Kane does fit the bill of Manchester United’s new transfer policy. He’s homegrown, he’s a leader and he will get you goals.

Daniel James was probably United’s best player on the day, and is an example of a good recruitment policy. But he is a 21-year-old novice who only made his first senior appearance 20 months ago in the youngest United team to play their great rivals for 23 years.

And while goalscorer Rashford was bright and, at times, electric, he likes to drift wide, leaving the central striker role unfilled for large periods of the game. His finishing, at this stage, is not good enough for the club to hang their attack on either, making it even more bemusing as to why Romelu Lukaku was not replaced.

Of course, Manchester United should be applauded for doing something which no team has managed to do to Liverpool in any of their last 17 Premier League games in denying them victory but it should not be allowed to cloud the issues at Old Trafford.

JURGEN KLOPP TRIED NOT TO OFFEND MANCHESTER UNITED, BUT STILL MANAGED TO

They still exist, and for all their heart against Liverpool, they do not show any signs of improving.

As for Mohamed Salah-less Liverpool, they dropped points at Old Trafford last season which was ultimately one of the chances they missed to win the league.

Dropping points again here means they are in danger of the same thing happening again. Liverpool still have to play Manchester City twice and with their advantage sliced to six points it is now in the champions’ hands to win, as well as their own.

As for Liverpool, they dropped points at Old Trafford against Utd last season which ultimately cost them the league – dropping points here again could spark the same thing again. Liverpool still have to play City twice and with their advantage sliced to six points it is now in City’s hands to win, as well as theirs.

Dele Alli threw a tantrum after being subbed as Tottenham were left clinging to their Euro hopes.

The England star slung his boots, then a bottle when he was hooked as Spurs lost their Champions League last-16 first leg to Timo Werner’s penalty.

But boss Jose Mourinho said: “I think he was angry with his performance, not me. I think he understands why I took him off – and the team improved.”

Alli was tasked with deputising for the injured Harry Kane and Son Heung-min upfront against the Bundesliga side.

But he suffered a disappointing night as Spurs struggled to fashion many clear cut chances in the first leg of their last-16 tie.

And the 23-year-old’s misery was compounded when Timo Werner struck the winner from the penalty spot after Konrad Laimer was brought down by Ben Davies.

Mourinho reacted to Leipzig’s away goal by subbing both Alli and Gedson Fernandes, but it was the former’s response that caught the eye.

Taking his lead from the time his manager memorably lost his cool and hurled a crate of drinks into the Old Trafford turf, the midfielder launched his water bottle as he approached the bench.

Alli then unlaced his left boot and angrily slammed it on the ground before putting his head in his hands.

‘WHEN YOU’RE LINKED WITH LIVERPOOL, IT MAKES YOU PROUD’: Spurs’ nemesis hints at Reds move

His mood failed to improve by the end of the match as replacements Erik Lamela and Tanguy Ndombele failed to find an equaliser for Spurs.

It was a frustrating evening all round in north London as Mourinho’s men relied on captain Hugo Lloris to keep them in the tie with several standout saves.

Mourinho added: “You can look at it and see two perspectives. One is this amazing group of guys who tried everything. Another is you see how we are at the moment.

“The other team played with Werner and bring on sub after sub. This is our situation and it is like being in a fight with a gun without bullets. We did what we could do.

“You have to look at our situation. If you want to make an exercise of football, you can think of a Champions League game for Barcelona without Messi, Suarez and Griezmann or Liverpool with no Mane, Salah or Firmino, but they still have Origi.

“We would not be the first team to lose the first game at home and win the tie away.

“The thing that keeps me confident is the spirit, the mentality of my players.”

Spurs will need to show the kind of guts that helped them turn things around against Ajax in last season’s Champions League semi-final if they are to progress.

“We have to give a lot of credit to Leipzig, they press very high and are a very good team.

“We have to stay positive, not give up, not try to find excuses, and fight to the end. We are not really happy, but we have to deal with that. Let’s hope we can create another story.”

Ole Gunnar Solskjaer says it is “touch and go” whether Marcus Rashford will be fit enough to return before the end of the season and warned he may miss Euro 2020.

Rashford suffered a double stress fracture in his back after coming on as a substitute in United’s 1-0 win over Wolves in their FA Cup replay on January 15.

It was initially hoped he would be out for around six weeks but he now faces an extended spell on the sidelines, with Solskjaer admitting it is unclear exactly when Rashford will be fit enough to return.

“I would hope he’s playing this season. It will just be touch and go towards the end,” he said ahead of Manchester United’s Europa League game with Club Brugge on Thursday.

“Hopefully we can get through this tournament and prolong the season. It takes time, I’m not a doctor. I was hoping he would recover quicker than what it looks like he’s going to be out for – another few months definitely.

When pushed as to why the time frame for how long Rashford may out for had been extended, Solskjaer added: “He had a scan and it was a more serious fracture than we hoped and expected. He felt fine a few days before that.

“I didn’t know it takes that time to recover. When it heals he will be stronger for it so it’s important we don’t rush it and we don’t do that.”

REVEALED: Spurs saviour Son out for the season

ANALYSIS: Ange made Sydney look like boys, how should the A-League react?

No return date in sight for Pogba

Paul Pogba is another high-profile absentee, with his recovery from an ankle injury continuing slowly, with questions remaining as to what sort of future he has with the club.

Pogba’s agent Mino Raiola told Sky Sports News he will “reach out” to Solskjaer and insisted there is no bad blood between the pair following comments made about France international Pogba by the agent.

Solskjaer, however, focused his attention on Pogba’s injury in his pre-match news conference, insisting he is not ready to return to training.

“He’s not been part of team training yet, so it’ll depend on how he feels or when he feels ready to do that,” Solskjaer said. “He’s not anywhere near that yet.”

With Rashford out, Solskjaer’s striker options are limited, although January Deadline Day signing Odion Ighalo has travelled with the squad to Belgium.

United had been linked with a move for teenage superstar Erling Haaland, who subsequently joined Borussia Dortmund, scoring two goals for the German side as they beat Paris Saint-Germain 2-1 in the Champions League on Tuesday night.

Despite missing out on the former Red Bull Salzburg forward, Solskjaer said he is pleased with Haaland’s progress, especially as he is a Norway native like himself.

“I normally never comment but since I have had Erling I’m delighted for him,” added Solskjaer. “He’s a top boy, I want the best for him and he’s started fantastically for Dortmund. For Norway it’s brilliant we have a striker who can score again.”

This story originally appeared on Sky Sportsand was reproduced with permission. 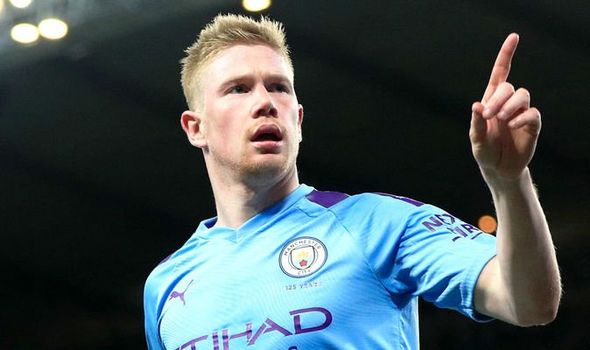 Supercars 2020: How key technical changes will level the playing field