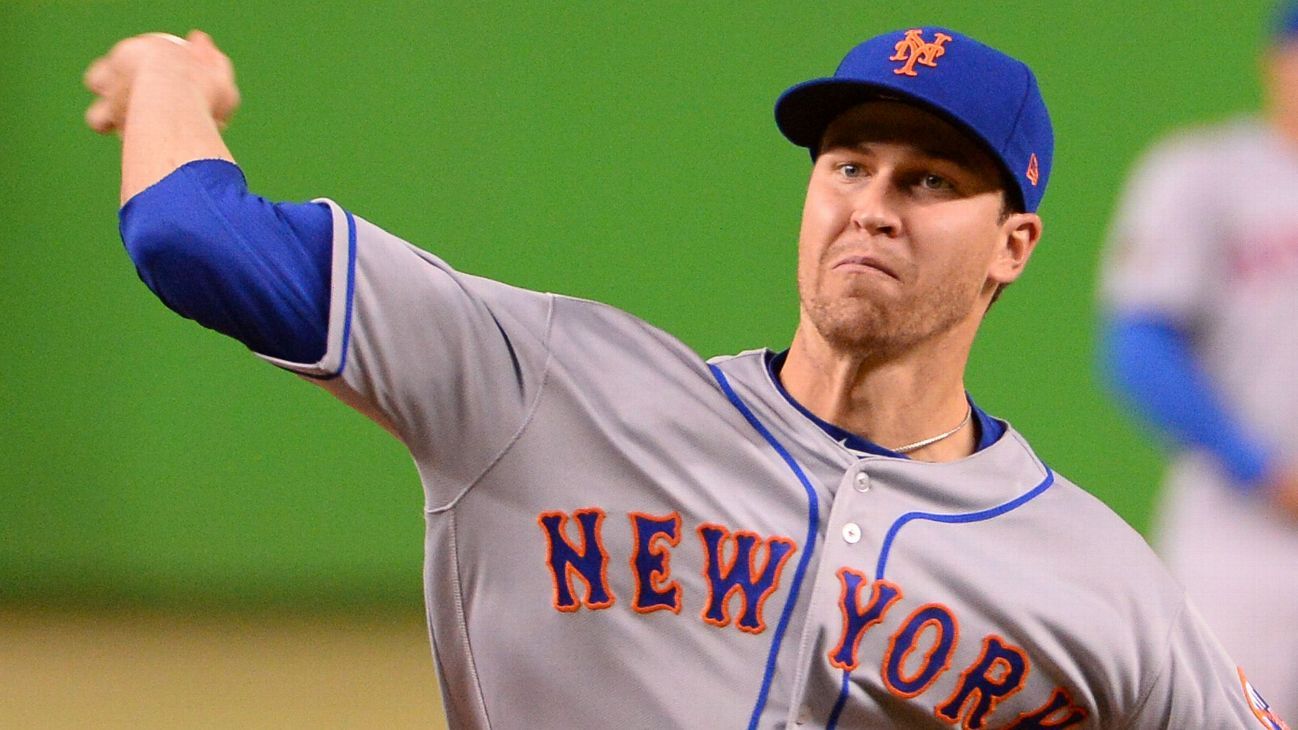 It was going to be a dream rotation for the ages: Matt Harvey, Noah Syndergaard, Jacob deGrom, Steven Matz and Zack Wheeler. That group of young starters would do for the New York Mets what Greg Maddux, Tom Glavine, John Smoltz and Steve Avery did for the Atlanta Braves in the 1990s: division titles, multiple playoff appearances, a World Series title — if not two or three.

The Mets group peaked in the 2015 postseason. Wheeler had missed the season with Tommy John surgery, but rookies Syndergaard and Matz joined Harvey and deGrom in the rotation. The foursome started 14 playoff games, posted a 3.20 ERA and struck out 93 batters in 85&frac13; innings while allowing just four home runs. The season ended on a down note when Harvey couldn’t finish off a 2-0 shutout in the ninth inning of Game 5 of the World Series, but the stage had been set for a dominant future.

The Mets returned to the playoffs as a wild card in 2016, but Wheeler again missed the entire season, Harvey struggled and eventually underwent surgery and the five pitchers combined to make 93 starts.

Everything fell apart in 2017. All five started at various points but never at the same time, and they combined for just 86 starts and a 4.77 ERA. The Mets finished 70-92 and had the second-worst rotation ERA in the National League. This was a dream rotation only if you like nightmares.

It’s a new season, however, and for the first time all five guys are in the rotation at the same time, having made two trips through once Wheeler joined the group after some early-season off days. Let’s check in how each of the five are performing:

After bulking up last year and eventually landing on the DL, Syndergaard returned a little slimmer this season but still possessing his thundering fastball. His peripheral stats are dominant and the swing-and-miss rate on his fastball — which has been more hittable at times than you’d think — is up to 23.3 percent from 12 percent last year and 19 percent in 2016. In a sense, he’s still learning to spot the fastball instead of thinking he can just throw it down the middle and blow batters away.

The one knock is he hasn’t gone deep into games yet. Some of that is the Mets being conservative and maybe related to the cold weather (three of his five starts have come at home), but he also hasn’t been efficient, throwing 92 pitches in four innings April 4 against the Philadelphia Phillies and 101 pitches in 5&frac13; innings April 15 against the Milwaukee Brewers.

Is it possible that deGrom is overlooked even though he pitches in New York? He cut his signature long locks, so now you have to pay attention to realize that’s him with the short hair. Since his debut in 2014, he ranks ninth among starting pitchers in ERA at 2.98 (minimum 500 innings) and 12th in WAR. Maybe he’s not quite a top-10 starter, but he’s close.

He’s off to a great start, with terrific strikeout and walk rates and avoiding the home runs that plagued him last season when he allowed 28. Of course, that could be related to the cold weather, so keep an eye on what happens there. As always, deGrom mixes a plus fastball (average velocity of 94.3 mph) with a complete repertoire of pitches — curveball, change and slider — that he mixes and commands well.

I’ve seen three of Harvey’s starts and the ERA isn’t misleading: It hasn’t been pretty. Even when he threw five scoreless innings against the Phillies in his first start, it was clear the stuff wasn’t anything special. He has avoided the walk issues that hurt him last season, but the strikeout rate remains well below what it was in 2015 (let alone in 2012 and 2013 before Tommy John surgery). His average fastball velocity through the years:

As he allowed six runs Thursday, Mets broadcaster Ron Darling said, “I won’t say it’s sad, but you just feel for a guy who had so much and he’s trying reinvent himself and he’s going through these awful, awful growing pains and how long will he be able to go out there and try and find it.” He still throws hard enough that you can’t completely write him off, but aside from the diminished velocity, the slider and curveball lack the action they once had (and he’s largely junked the curveball so far).

Darling was alluding to the possibility that the Mets could eventually replace Harvey in the rotation. Remember, the Mets signed Jason Vargas and he’s just about ready to return from the broken bone in his non-pitching hand suffered in spring training. Mickey Calloway has suggested a six-man rotation is possible and Harvey made it clear he doesn’t want to pitch in the bullpen:

“I’m a starting pitcher,” a somewhat defiant Matt Harvey said in response to the notion that he may not be long for the Mets’ rotation: pic.twitter.com/OzQVHhwDJa

Even going back to his minor league days, Matz has rarely remained healthy for extended periods, including pitching through elbow discomfort last season and posting a 6.08 in 13 starts before finally having surgery on his ulnar nerve. He’s still throwing 93-plus, however, and as we saw at the end of 2015 and in 2016, he’s a quality mid-rotation arm when healthy.

As with Syndergaard, the Mets have been cautious with his pitch counts, as he has reached 90 just once in his four starts and last four innings just twice. He’s allowed five home runs in 18&frac13; innings, leading to a high FIP of 5.64. Three of those have come against his two-seamer and five against right-handed batters, so he’ll have to make adjustments there.

Wheeler had a solid first full season in the majors, way back in 2014 — 3.54 ERA, 187 strikeouts in 185 1/3 innings — although that was the season offense was way down, so in context it was super impressive and his WAR was just 0.9. Two missed seasons followed and he wasn’t effective last year in 17 starts with a 5.21 ERA and 5.03 FIP while averaging barely five innings an outing.

In other words, he has a lot to prove. He dominated the Miami Marlins in his first start, throwing 83 pitches in seven innings and then allowed three runs in six frames against the Washington Nationals, although with just two strikeouts. He’s averaging 94.4 mph with his fastball, touching 97; we’ll have to see if the command has improved from where it was last year or even in 2014. 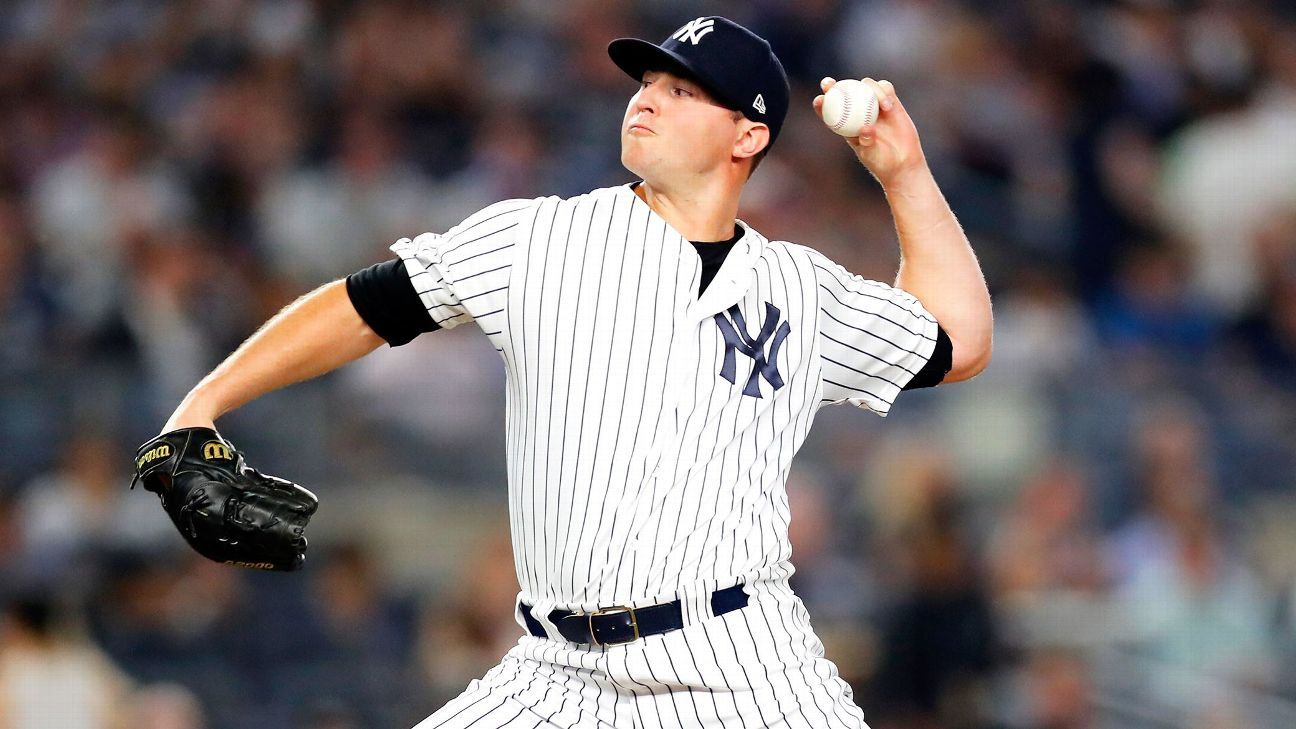