THE first team promoted to the Premier League for 2018-2019 could be confirmed on the weekend, with Wolverhampton Wanderers needing just one more win to seal their ascent from the Championship.

With four games to play in England’s second tier, Nuno Espirito Santo’s side are 12 points ahead of third-placed Cardiff City, and 11 clear of Fulham, who hold the second automatic promotion spot at the moment.

A win this weekend against Birmingham on Sunday night AEST seals Wolves’ promotion, and they might not even need to, either; they will go up if either of those two chasers lose this weekend.

The party was started against derby by an extraordinary goal from midfield maestro Ruben Neves, the Championship’s most expensive ever player, signed from Porto for £15.8million, where he set the record for being the Champions League’s youngest ever captain.

Now 21, the Portuguese midfielder has been irrepressible across 38 appearances this season.

“It’s Champions League stuff, not just Championship. He’s a Champions League player. That’s what you get when you spend nearly £16m. At 21, when you play with that much control … For me, he should be playing for one of the top-four clubs in the country. They’re like a Premier League side but our season’s not going to be defined by games against Wolves.”

What made him switch the heights of a Portuguese heavyweight club, in Europe, to England’s second tier?

“Honestly, I love these kind of games in the Championship,” Neves said. “We are fighting different goals to what I’m used to, but that is to go into the biggest league in football.

“Here I’ve improved the defensive side of my game because at Porto the games were more with the ball. Here we have more contact, more fighting.

“I didn’t know the club a lot. Last season, Ivan Cavaleiro and Helder Costa were here so I knew because of that. I’m impressed with the conditions, the club, the fans and fortunately we’re top of the table.

“When my family and friends come to watch the games here, they’re impressed with the atmosphere. It’s a very good stadium.

“In Portugal there are just four or five teams who have 30,000 fans in their stadium, but teams in the middle of the table don’t have many fans. Here all the stadiums we go to have a lot of fans and ours are incredible.”

That might all be so, but Neves’ arrival is a snapshot of how Wolves have turned themselves into Premier League material for the first time since 2011-2012, where they finished last under Mick McCarthy.

This is not a fairy tale like Huddersfield or Brighton & Hove Albion last term; in fact, there are many bitter rivals alleging conflicts of interest in the clubs’ rapid turnaround from 15th last season, seven points clear of relegation, to romping home this season. Aston Villa and Derby have both raised concerns, while Leeds owner Andrea Radrizzani fumed in March on Twitter: “We have our own problems but we should play in a fair competition”.

“Not legal and fair [to] let one team owned by a fund whom has shares in the biggest players’ agency with evident benefits (top European clubs giving players with options to buy… why the other 23 teams can’t have the same treatment?)

“We should play all 24 with the same rules and opportunities (it’s enough to Google it).

“Congratulations to the best team but hope the league can be fair and equal to all 24 teams.”

Radrizzani, who watered down his rant the next day (see below), was referring to the interference of notorious super-agent Jorge Mendes, and his influence at the club since it was purchased for £45 million by Chinese conglomerate Fosun International in 2016.

I am disappointed as all our fans for our recent results but I would like to clarify here my opinion about last nights tweets which create a lot of criticism. Our performances and the request of clarification on these matter are totally different issues pic.twitter.com/qnlYa2z1sm

While Mendes, who looks after Jose Mourinho and Cristiano Ronaldo, has no official role at Wolves – and hence, they’ve faced no repercussions for treading what appears a conflict of interest – he has been an influential presence in their transfer strategy. Months before Fosun bought Wolves, a subsidiary of the company bought a 20 per cent stake in Mendes’ player agency, Gestifute.

Upon Nuno’s arrival, Wolves’ managing director, Laurie Dalrymple said of Mendes: “(He is) someone, because of the friendship with the owners, that we take opinions and advice from.”

Gestifute client Neves has arrived from Porto, Diogo Jota on loan from Atletico Madrid, Ivan Cavaleiro from Monaco for £7.2 million, joining manager Nuno, amongst other clients from the agency as well.

“First of all, I don’t care,” said Nuno, about the Leeds owners concerns in March. “Secondly, what we see on the pitch is a group of hard-working people.

“My only focus is on the game. To go beyond that, it doesn’t affect us. We don’t care because it has nothing to do with us. We compete fairly and we show when we win, we deserve it.”

But, the focus will only intensify with Premier League promotion looming, which will then see Wolves required to pass the owners and directors’ test, and according to The Telegraph, Premier League clubs are already starting to raise concerns about Wolves’ practice ahead of their looming arrival.

“So-called ‘Big Six’ and smaller clubs alike are said by more than one source to fear that Mendes’ relationship with the Midlanders could give them an unfair advantage in the transfer market, as it is alleged to have done during their march towards promotion,” the paper reports.

As it stands, Wolves’ place in the Premier League is not under threat unless it is deemed that Mendes’ role is more than advisory and has breached the rules. However, it is being speculated that clubs could lobby for a change in the rules to avoid such arrangements as Fosun and Gestifute currently hold.

Either way, Nuno, who was Mendes’ first ever client, has earned his stripes at Molineux this term with a style of play that has won plenty of neutral fans.

Cardiff City boss Neil Warnock said: “I didn’t vote for him as manager of the season, but he’s I think done a great job. I voted for Neil Harris if I’m honest, I think he’s done a remarkable job with very limited resources.

“But Nuno has done a great job, I know how he feels.

“When I won the league easily with QPR I think Paul Lambert got it at Norwich who spent more money than me – even though we were the ‘moneybags’, so I was a bit peeved.

“This is the first thing I’ve ever won and it’s great for the lads to know we’re well thought of. I couldn’t have done this without the boys.”

“Wolves have been outstanding,” Bellamy told The Debate on Sky Sports.

“They’ve spent the money (but) look that’s neither here nor there, they’ve still had to go and put the performances in.

Also on Sky, Ray Parlour added: “I think the agent Mendes is going to play a very important role next season as well and I’m sure they’ll be plotting behind the scenes now, who will be coming in next season.

“You can see the quality they’ve got already but they can add to that as well (and) I could see them being midtable and I think it will be an excellent season.

“You always say with the promoted teams if they can stay up first season it’s a brilliant season but I can see Wolves really kicking on now.

“I’m really pleased they’re back in the Premier League because they’ve always been a great club.” 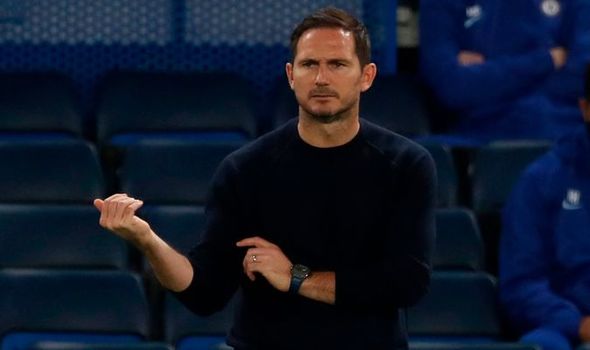 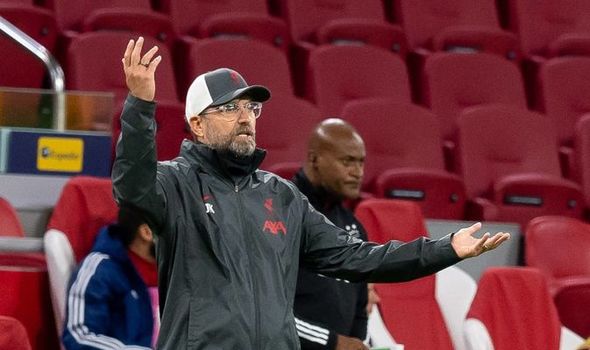 Liverpool weren’t at their usual best against Ajax on Wednesday night. 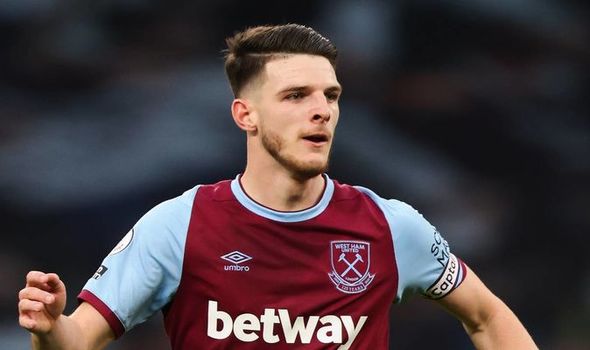