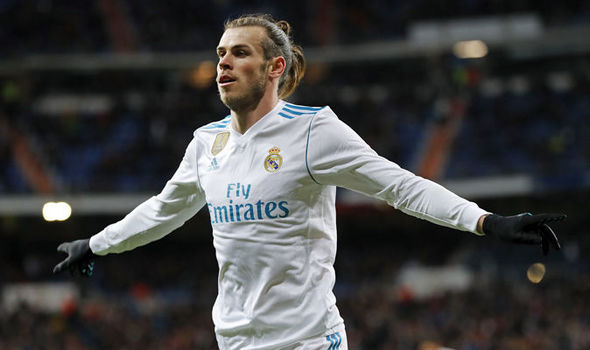 Joseph Minala does not wish to dwell on the bizarre age claim which propelled him into the headlines in 2014, but there is just no getting away from it.

Minala was a budding star at Italian giants Lazio when a report out of Senegal claimed that he was not aged 17, as he said, but 41.

The allegation gained traction because Minala’s rugged appearance and well-developed physique made him look significantly older. He was subjected to cruel ridicule on social media.

But Italy’s football association conducted an investigation and concluded that he was telling the truth.

Minala turned 24 last month and is now playing in the Chinese Super League, but the midfielder says that he cannot shake off the stigma.

“I had opportunities at some clubs (to move there), but I think it didn’t happen because of this business,” he said.

Speaking by telephone from Suzhou, where his new team Qingdao Huanghai are playing in a ‘bubble’ to thwart the coronavirus, Minala said: “I would have had a different career (without this controversy).

“Sometimes people prefer to ignore that I’m a good player and only point out that aspect of me.”

Minala’s agent at the time explained that Minala looked older because of his difficult back story, which includes a spell in an Italian care home.

The player was spotted as a talented youngster in Cameroon, and a former player who was also an agent promised him a trial at AC Milan.

His parents spent “a lot of money” to finance the trip to Italy, but after arriving the 14-year-old Minala found himself stranded at a Rome train station.

“I was told that people were coming to pick me up for the trial but I waited an hour, an hour-and-a-half, and still no one was there,” he said.

“I only knew two words of Italian. I was abandoned at the station with my two suitcases and a mobile phone without a SIM card in it.

“In the end, it was a scam that I never understood.” Not knowing what to do, Minala went to a police station.

“I didn’t know anyone, I didn’t know where to go, I wanted to tell my story to the police and return to my country,” he recalled.

“But since I was an unaccompanied minor, they took me to a hospital for tests, then to a social welfare centre and I was enrolled in an Italian school.

“This is where my adventure began.”

Minala lived in the housing centre with other youths and it was there that he trained to do another job in case his football dreams failed to materialise.

“I’m good at baking. Maybe after football, I’ll open a bakery, you never know,” he laughed.

Mino Raiola, the high-profile agent who represents Paul Pogba and a slew of other stars, spotted Minala playing in amateur football in the Rome region and took him south to Napoli.

After one year as a youth player at Napoli there was interest from Juventus, AC Milan and Inter Milan, he says, but in 2013 he joined Lazio’s under-19 squad.

It was a year later that the claims were made about his age and he then made several loan moves, notably to Bari and Salernitana in Italy’s second tier.

At the start of this year he moved to Qingdao on loan, but the coronavirus pandemic delayed his debut until last month.

He will spend this season with Qingdao and is unsure what will happen when his contract expires in June 2021 at Lazio, where he has made a handful of first-team appearances.

“I keep going on with my life, despite everything people have tried to do against me,” said Minala, who has ambitions of playing for Cameroon’s national team.

“A lot of people expected me to stop playing or go crazy.”

The gulf that still exists between Liverpool and Chelsea was on show as the Premier League champions secured a 2-0 win at Stamford Bridge in a match defined by the differing fortunes of the world’s two most expensive goalkeepers.

Just over two years on there is no doubt who got value for money with Chelsea prepared to spend again to solve their ‘keeper crisis with the imminent arrival of Edouard Mendy from Rennes.

Kepa’s latest calamity saw him gift possession to Sadio Mane for the Senegalese’s second goal after heading Liverpool into the lead early in the second-half.

Chelsea’s decision to spend £200 million ($355m) in recent months before addressing their goalkeeper situation raised questions before the season started as to their title credentials.

Just two games in, doubts over Kepa’s ability to start for a title contender have proven well founded as he also let Leandro Trossard’s long-range striker under his arm in Monday’s 3-1 win at Brighton.

“He’s our player and it’s clear there are two games where we feel (he made mistakes),” said Lampard. “Brighton was a mistake as well. He’s reflected on that.

“It’s a clear mistake that’s cost us because at that point we go onto have a penalty which we might score and those fine margins change games at this level.

“Kepa has to keep working, he has to have support around him that’s very clear but it was a clear mistake.”

The Spaniard was dropped twice by Lampard in favour of 38-year-old Willy Caballero last season and Chelsea’s failure to solve their goalkeeping problem before splashing out to reinforce in other areas of the field, where they are better stocked, has been a puzzling one.

Kepa had the lowest save percentage of any goalkeeper to play at least 10 games in the Premier League last season and conceded 10 more goals than he should have, according to Opta’s expected goals metric.

Liverpool can now boast one of the best goalkeepers in the world as Alisson showed by saving Jorginho’s penalty on Sunday having had barely anything to do for the first 75 minutes.

However, it was not so long ago that Klopp found himself in a similar situation to Lampard.

After reaching the Champions League final and finishing fourth in the Premier League in 2017/18, Klopp’s side were clearly on the rise.

But two catastrophic errors from Loris Karius in the 3-1 final defeat to Real Madrid in Kiev convinced the German and the Liverpool hierarchy they needed a top goalkeeper to win major trophies again.

Six weeks later, Alisson arrived at Anfield and has played in major part in winning the Champions League and Premier League over the past two seasons.

“Even at 2-0, we could have scored more but we didn’t and the game is open,” said Klopp. “We produce the penalty, I’m not sure I would have given it, then Ali had to make the save.

“This is a proper team performance, everybody had to work hard.”

Chelsea have spent big and looked to the future in the signings of Timo Werner, Hakim Ziyech, Kai Havertz and Ben Chilwell.

But without a world-class keeper behind them, they still do not have the foundations of a title contender.

The £25million ex-Bayern Munich midfielder outpassed EVERY home player despite only playing the second half of Liverpool’s 2-0 win at the ten-man Blues.

Sadio Mane bagged his match-winning double soon after Thiago came on to complete 75 passes – more than any other Prem star in 45 minutes.

And his tidy link-play contrasted with Chelsea’s woes.

Spain and ex-Barcelona star Thiago only tied up his switch from Bayern on Friday.

Although the 29-year-old conceded a penalty missed by Jorginho, he looked so at home in his first taste of Prem action that Jurgen Klopp’s men already look a better side with him in it.

In truth, Liverpool had a huge advantage once Chelsea centre-back Andreas Christensen had a yellow card upgraded to red by VAR in first-half stoppage time.

And discontent among Chelsea fans watching at home soared over their own half-time substitution.

And many Blues’ supporters were baffled why Lamps left England midfielder Mason Mount on.

In contract, of course, Klopp passed his own test of tactical changes – thanks to fearless Thiago.