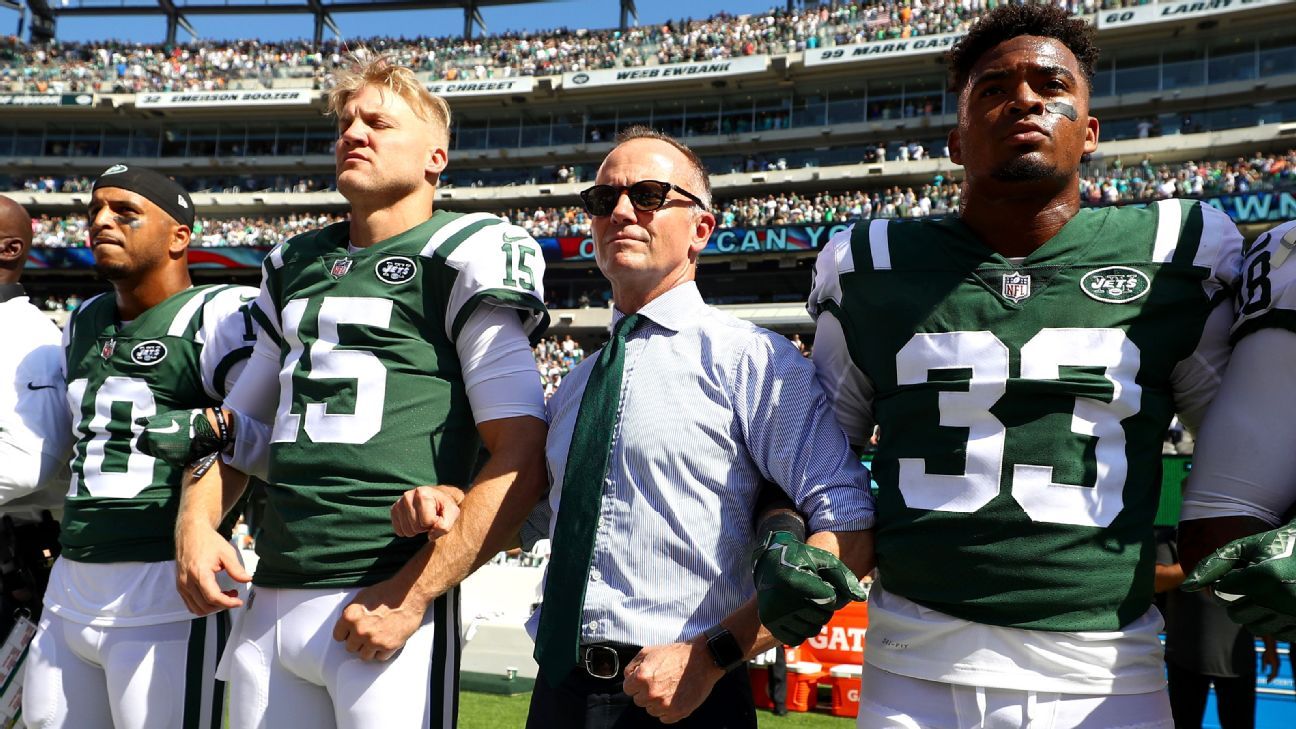 ORLANDO, Fla. — NFL owners arrived at their annual meetings starkly divided on how best to address player protests during the national anthem. Rigorous discussions are expected to take place this week, and at least one owner is calling for a new policy by the end of May.

Some owners want to bolster current rules by making it mandatory for every player and coach to stand during the anthem.

Others want players to stay in the locker room until after the anthem is played. A few, most notably the New York Jets‘ Christopher Johnson, are planning to argue against either change.

“I can’t speak to how other people run their teams,” Johnson said Sunday, “but I just think that trying to forcibly get the players to shut up is a fantastically bad idea.”

Johnson might be in the minority, however. Houston Texans owner Bob McNair, one of the NFL’s most powerful owners, made clear that “political statements” have no place as part of football Sundays.

Although no resolution is expected this week, New York Giants owner John Mara said the league needs clarity on its approach by no later than its spring meetings, scheduled for May 21-23 in Atlanta.

The battle lines appear to have been drawn. McNair said he considers the issue a matter of respect to the country and flag, even though the players involved — led by former San Francisco 49ers quarterback Colin Kaepernick — have said they are protesting police brutality and systemic oppression.

Kaepernick began kneeling during the national anthem in August 2016. But the issue became a matter of national discussion last season when President Donald Trump began advocating for players to stand or be disciplined. According to McNair, fan feedback on the protests has been negative.

“Fans are our customers,” he said. “You could replace all the owners, and the league would go on. You could replace all the players, and the league would go on. The quality of play probably wouldn’t be as good. But you can’t replace the fans. If you don’t have the fans, you’re dead. We’ve got to pay attention to them and make sure they know we respect the flag, we respect our service people, we love our country. This is where we all get our opportunity.”

The path of least resistance might be to play the anthem while players are still in the locker room. Even that would be a mistake, according to the Jets’ Johnson.

“I think that’s a particularly bad idea,” he said.

No Jets players kneeled during the anthem last season, but Johnson stood with them and locked arms every week. Johnson is running the franchise while his brother Woody serves as the United States’ ambassador to England. Christopher Johnson’s pro-player stance has endeared him to the Jets’ players, and he was among the NFL owners who worked with players to strike a deal on an unprecedented $89 million social justice platform.

“I think that the Jets had a pretty great thing happen last year, around the anthem,” Johnson said. “I think that there was an understanding between me and the players that we could … use [our] position to get some great stuff done off the field. And I think we have done some great things off the field, and I have immense respect for the players and their efforts, and I think if some of the other teams approached it like that, there wouldn’t be such a problem in the NFL.”