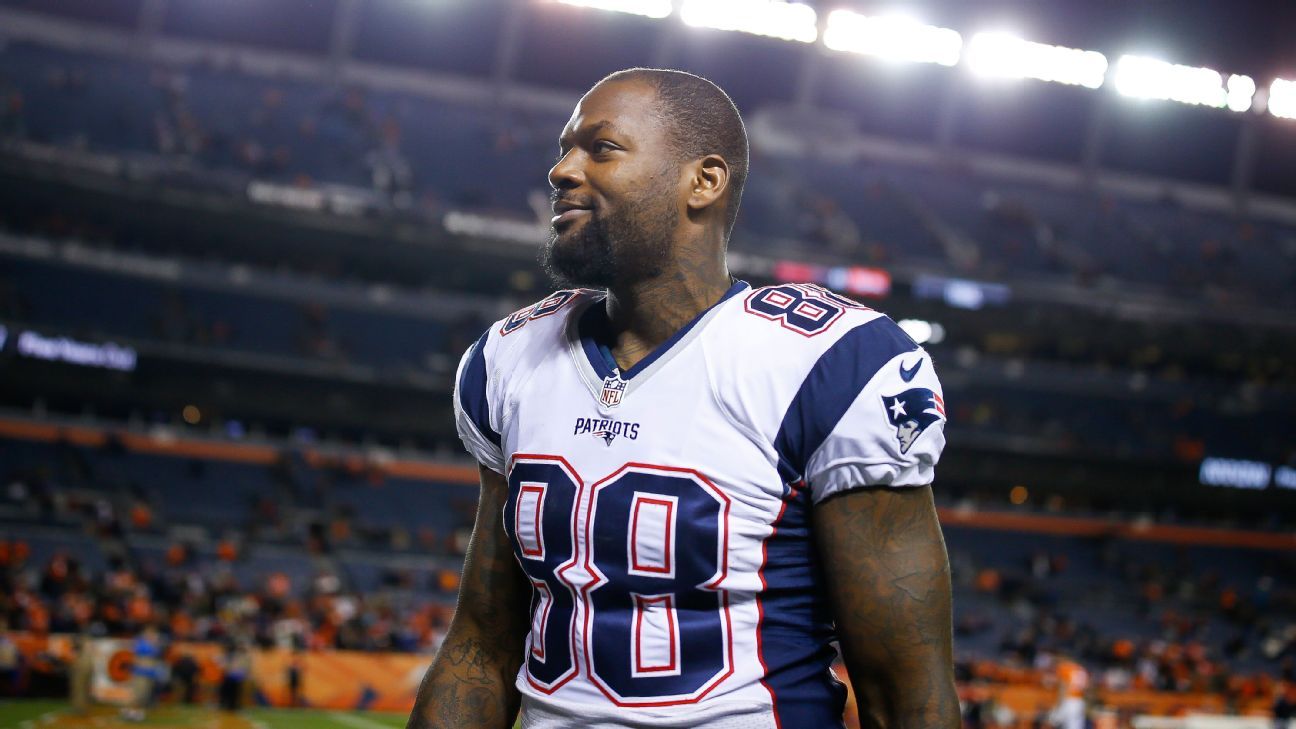 I’ve decided to move on from the world of football and into the fantastical and wondrous world of creativity. I’m beginning what I believe to be my life’s work @ImaginationAgcy pic.twitter.com/7asa7ARXZX

Bennett said his time in New England was among his most rewarding. He teamed with Rob Gronkowski to form a potent 1-2 combination at tight end as the Patriots went on to win Super Bowl LI. When Gronkowski was lost to a season-ending back injury in the second half of that 2016 season, Bennett emerged as the No. 1 option at the position (he totaled 55 catches for 701 yards and seven TDs in the regular season).

When the Patriots won the AFC Championship Game at home, the sight of a smiling Bennett dancing on the field with pom-poms in his hands as Whitney Houston’s “I Wanna Dance With Somebody” blared was one of the unforgettable scenes of the night.

Bennett, who entered the NFL as a second-round draft choice of the Cowboys out of Texas A&M, also was no stranger to football controversy.

Last year, the Packers waived him with a designation that he failed to disclose a physical condition. Green Bay had waived him with the intention of placing him on injured reserve due to a shoulder issue, but the Patriots claimed him, and Bennett played in two games before going on injured reserve with a hamstring injury. Green Bay, which had signed Bennett to a three-year, $21 million contract, attempted to recoup Bennett’s signing bonus money through a grievance. That was turned down by an independent arbitrator earlier this year, but the team planned to appeal.

From his time in Chicago, Bennett openly questioned the leadership of quarterback Jay Cutler, which made waves.

Bennett was a free agent after the Patriots released him March 7, a move that was expected because it cleared $6 million of salary-cap space.