ARE you watching Bert?

The signs were there against Adelaide last week that City was coming out of its four-game winless slump.

But Warren Joyce’s men officially awoke on Saturday night, putting fellow top six side Western Sydney to the sword in what was one of its most eye-catching performances of the season.

And it was a timely win too.

With three rounds to go until finals, City temporarily moved back above Melbourne Victory into third spot and again put a four-point gap between it and Adelaide United in the chase for a top four spot and home elimination final.

Bruno Fornaroli opened the scoring just before half time, before Michael Jakobsen, with his first A-League goal, and Stefan Mauk, with his second goal in two weeks, completed the rout in the second half.

While his goal was well taken, his effectiveness as a hold-up man was reminiscent of his scintillating first two years in the competition before a broken ankle cut him down in pre-season.

But Arzani’s star continues to rise.

And while many had called for him to be included in Bert van Marwijk’s first-ever Socceroos squad, last night’s man of the match display was another timely reminder of what this prodigious 19-year-old is capable of.

With ball at feet, there was no Wanderers player who could halt Arzani’s dazzling forward forays, while his crossing was pinpoint – including for the game’s opening goal in the 42nd minute.

City utterly dominated against a listless Wanderers all night.

But Warren Joyce’s side were nearly caught with their pants down just before half time when, after firing off nine shots to three without success, Oriol Riera hit the crossbar with a well-worked Western Sydney header.

It was the spark City needed to find the back of the net, as 30 seconds later Arzani and another up-and-coming teenager Nathaniel Atkinson combined to see Fornaroli score.

From then on there was no looking back.

Liverpool transfer target Kylian Mbappe 'has already made his decision' 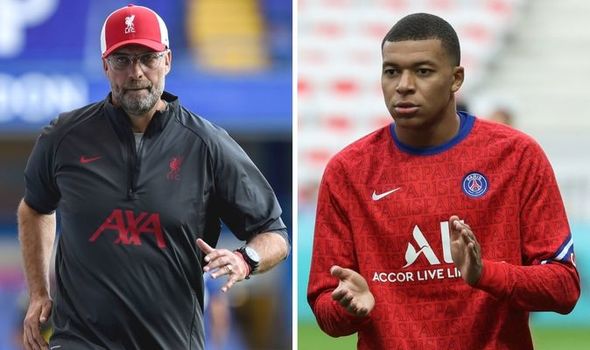 Shock reports emerged in France this week suggesting Liverpool could try and strike a blockbuster deal to sign Kylian Mbappe next summer.

Brisbane Roar has contacted AFL counterparts the Gold Coast Suns over potentially relocating the A-League club’s training base to the Suns’ $22 million home at Carrara.

The Roar have been based at a $9 million council-owned facility in Logan since mid-2018, a deal which ended over a decade of vagrancy for the club.

That Heritage Park facility hosts both the club’s management and football departments, with both the A-League and W-League sides training on-site. Academy teams from U-12 to U-17 train in QUT’s Kelvin Grove campus located in central Brisbane.

But foxsports.com.au can reveal Roar bosses have held preliminary talks with the Suns over a potential deal that would see the A-League side join the Suns at their impressive Carrara facility.

Two other Gold Coast locations are also firmly on the table for the club’s potential relocation: Cbus stadium, home to NRL club the Gold Coast Titans; and Runaway Bay.

The Suns’ Carrara base has no rectangular football fields, which would prove a significant barrier to the potential move. But all three facilities would require significant upgrades to host the A-League side.

The Roar has previously been situated at Ballymore and Richlands – the latter being the home of Lions FC – but it is unclear if those two venues have been ruled out as potential landing sites if the club relocates once again.

The news comes as the Roar faces a bitter legal dispute with the Logan City Council over alleged unpaid utilities bills relating to the Logan facility.

United down Luton in Cup

The club blasted those claims in a public statement released late August.

“A deal that was agreed upon in 2015 by Brisbane Roar and Logan City Council was that sponsorship benefits provided by the Club to the council were to off-set the provision of facilities.”

While training facilities are a key factor in the club’s long-term thinking, the Roar is also facing significant uncertainty over its home stadium. The Roar have struggled for attendances at the cavernous Suncorp Stadium in Brisbane, with crowds hovering around the 10,000 mark in recent campaigns.

In February, the club revealed it was in negotiations to redevelop an unnamed Brisbane venue to create a purpose-built stadium worth around $60 million with a capacity of 12,000-17,000 fans.

Three matches this season were played at a packed Dolphin Stadium in Redcliffe, while the club has previously hosted matches at Cbus stadium.

Redcliffe, alongside Perry Park and Ballymore, strongly looms as a potential site for an upgraded, boutique stadium to host the Roar.

“We are looking at taking an existing sporting venue and reconfiguring it to an exceptional standard – that’s what’s in play at the moment,” Roar vice-chairman Chris Fong told The World Game.

“There are development plans and things are moving in the right direction … but we think it’s a realistic concept which could be up and running in under three years.”

The financial impacts of COVID-19 on the club’s bottom line – not to mention potential government funding – will likely delay those plans.

Angel di Maria has been slapped with a four-game ban for spitting at Marseille’s Alvaro Gonzalez.

The Paris Saint-Germain forward, 32, gobbed at his opponent during the Ligue 1 clash earlier this month.

Tempers flared and punches were thrown in injury time with five red cards shown – including to Neymar.

The Brazilian claimed he was racially abused by Gonzalez and responded by thumping the defender in the back of the head.

After escaping initial punishment on the field, Di Maria has now been penalised by French footballing authorities after video footage emerged of the vile spitting incident.

Towards the end of the first half, he jogged past Gonzalez and video footage seems to show the ex-Manchester United man aim in his direction.

Gonzalez reacted furiously but no action was taken by the referee or VAR.

Pascal Garibian, technical director of refereeing, said after the game: “This was the subject of a search by video support at that minute and we couldn’t find any images to support this fact.

“That doesn’t mean it didn’t happen, but there is no video image which in a convincing manner could support this precise point.”

Spitting in any context is abhorrent but even more so during the coronavirus pandemic with safety so important.

And Di Maria will now miss four matches for PSG – but only after this weekend’s fixture against Reims which he is still available for.

It means the Argentine will miss the French champions’ Ligue 1 clashes against Angers, Nimes, Dijon and Nantes.

Gonzalez, meanwhile, faces an anxious wait to see if he will be handed a ban of his own – which could be as long as ten matches – as an investigation continues into the allegation of racism.

Liverpool transfer target Kylian Mbappe 'has already made his decision'