WITH Bert van Marwijk’s first match in charge of the Socceroos fast approaching, the Dutchman has addressed the media, insisting that not even his players know 100 percent of how he “want[s] to play.”

The Socceroos take on Norway in Oslo at 4am AEDT on Saturday morning, as a new era begins and the 66-year-old made clear four days of training was not enough time to even explain his full tactical ideas.

Van Marwijk also admitted he has kept the players in the dark about who will take to the park at the Ulevaal Stadion.

WATCH THE SOCCEROOS v NORWAY LIVE ON FOX SPORTS 503 FROM 3.30AM AEDT ON SATURDAY

“I haven’t told the players the line-up,” Van Marwijk said in his final press conference before the Norway clash.

“The most part [of the team selection] is how I want to play and which qualities I need.

“There are a few new players in the squad and I’m anxious to know how they will perform.”

After four days in camp with his initial 26-man squad, Van Marwijk has spoken positively about the Australian playing group as he attempts to prepare them for a World Cup tilt.

“We already heard and knew the Australians had a good mentality, but my experience here is even more positive than I thought.

“I’m also satisfied with the level of football [ability] I saw.”

And it appears the boss’ feelings are mutual amongst the playing squad; with Fox Sports’ man on the ground in Oslo, Daniel Garb, reporting that “the players are seriously enthused working under Bert van Marwijk.”

Garb added that the coaching staff are “really impressed with the standard, the professionalism, the morale and the mentality” of the Socceroos squad.

After a fourth day of training in brisk Norwegian conditions, Van Marwijk was joined by captain Mile Jedinak and assistant coach and Dutch legend Mark van Bommel in addressing the media ahead of the clash.

Jedinak commented on the atmosphere in camp, with the gleam of a new manager and a new chance to impress spurring a level of excitement among the playing group.

“I think it’s only normal, when you have a new manager and new staff come in everybody wants to impress, everybody has to put their best foot forward and no one really wants to waste time in doing that,” the skipper said.

“We know we’ve got a long path ahead but there’s an opportunity there to get some really good work in and I think with that comes a lot of excitement. Overall we are preparing for a World Cup and it is something to be excited about, to do it with a new manager and a new way of doing it, I’m just as excited as anybody.”

Meanwhile, Van Marwijk’s lieutenant, former Barcelona, AC Milan and Bayern Munich enforcer Van Bommel pointed to a natural approach to building relationships with his players and confirmed Mathew Leckie’s suggestion that the Aussies would ditch Ange Postecoglou’s favoured three at the back for the Norway match.

“We try to speak with them. If you’re in the corridor or in the lobby but you don’t need to force it because then it’s a show. It has to be natural,” the assistant coach said.

MIDFIELD: 8 pieces of the Socceroos puzzle Bert must turn into 3

In terms of the formation change, the 40-year-old gave insight into the rational behind shifting to a 4-2-3-1 — insisting a back three risks leaving the defence exposed in wide areas, with four players better equipped at covering the 60 metres of width across the pitch.

“No, its not when you play with four you don’t want to lose. It’s the way of play and if a fullback is going forward then he play with three. But in the beginning we are with four because the pitch is more or less 60 metres wide so it’s difficult for three I think.”

While these matches against Norway and Colombia are billed as friendlies, Van Marwijk has asserted an intention to try to win every game.

“I want to win every game if possible; we will do everything to achieve that,” he said.

“But we met on Monday, everybody came from all over the world and some players travelled for 24 hours.

“So this is a period to get to know each other better – that’s the most important thing.

“It’s also dangerous to get too much information in the beginning.

“We tried to change some things but not too much.

“I think it’s too early to talk about expectations. I expect them to do what I want them to do.”

Van Bommel echoed his father-in-law’s comments, telling Garb that a win or two in the friendlies was important to “give the players a message that we’re on the right track, and the fans and the media that you’ve made a good choice in Australia about selecting the Van Marwijk team.”

The assistant coach also stressed the importance of a team mentality, taking the focus off individuals.

“If you have a good team, the individual players will be better,” van Bommel said .

“So we’re going to work on the team.

“If you only pick the eleven best players, you’re not a good team I think.”

The recently retired midfielder added that age won’t be a factor in deciding who would earn a ticket to Russia.

“But we don’t close the door to anyone.”

Van Bommel continued to reinforce the notion that Australia aren’t heading to the World Cup to make up the numbers.

“Otherwise we can stay home,” he laughed.

“Maybe [against Norway] not everything goes well but we’ll try to explain to [the team] as quickly as possible how we want to play.” 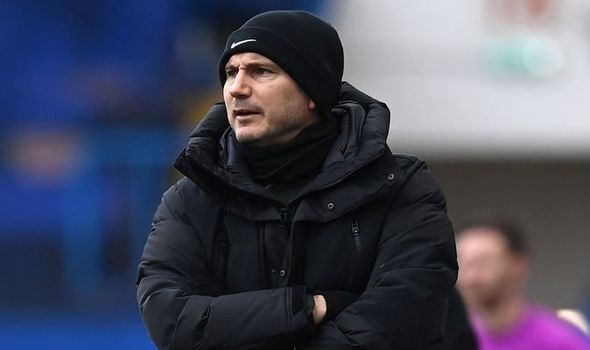 Frank Lampard is now out of work after being sacked by Chelsea. 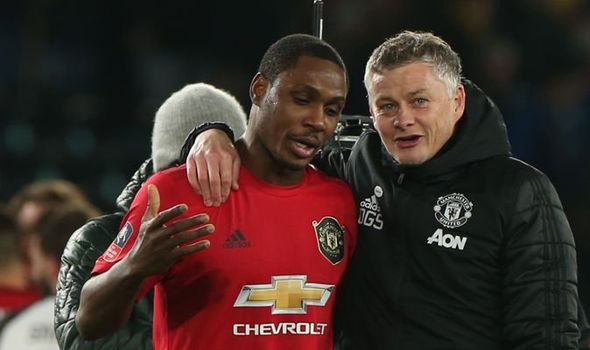 Odion Ighalo has sent a message to Man Utd fans.

Thomas Tuchel has been named Chelsea manager on Tuesday several years after he first spoke with the Premier League giants about the job.

The 47-year-old German replaces the sacked Frank Lampard and will be the 15th change of manager since Russian oligarch Roman Abramovich bought the club in 2003.

Tuchel follows some noteworthy predecessors in Jose Mourinho and Carlo Ancelotti, who have also fallen foul of Abramovich in the past — the Italian was fired a season after delivering the domestic double.

Lampard, Chelsea’s record goalscorer, discovered that sentiment is not part of Abramovich’s DNA as he dispensed with the Englishman on Monday after just 18 months in charge.

The enigmatic Russian did break with tradition in commenting on the sacking, sugar-coating the brutality of the firing.

“This was a very difficult decision for the club, not least because I have an excellent personal relationship with Frank and I have the utmost respect for him,” said Abramovich.

“He is a man of great integrity and has the highest of work ethics.”

Whilst Lampard expressed his disappointment, Tuchel’s task will be to get the best out of the £200 million ($354 million) of talent that was brought in in the close season, including young German attackers Timo Werner and Kai Havertz.

Tuchel is well-versed in the school of hard knocks of being a manager having been sent packing at the end of December despite guiding Paris Saint-Germain to the Champions League final just four months earlier.

His falling out with PSG sporting director Leonardo played a large part in that and his habit of fractious relations with his employers does not bode well for his prospects at a club with such a famously impatient owner.

He will need to maintain good relations with the all-powerful director Marina Granovskaia if he too is not to suffer the same fate as his predecessors.

“We’ll be talking about him being let go in the next 18 months to two years, I’m pretty sure of that.”

Tuchel’s ambition has always been to manage a Premier League club, like Liverpool’s Jurgen Klopp, his fellow German and also one of his predecessors as Borussia Dortmund coach.

He did hold talks with Chelsea over replacing Antonio Conte after he left Dortmund in 2017 but while he impressed Granovskaia he ended up at PSG.

Lampard had declared himself to be a fighter last Friday but his words fell on deaf ears in the boardroom as they fired him the day after a FA Cup win over Championship side Luton.

“I am disappointed not to have had the time this season to take the club forward and bring it to the next level,” said Lampard.

However, despite a fourth-place finish last season with a largely young side other statistics point to why Abramovich decided to cut him loose.

Lampard’s Premier League points-per-game average of 1.67 is the lowest for any Chelsea manager since Abramovich arrived at Stamford Bridge in 2003.

Tuchel will be hard-pressed to have any impact prior to the Premier League game with Wolves on Wednesday but he will at least have a first-hand view of his players.

The Chelsea board will hope that he will be able to engineer far better performances out of his compatriots Havertz and Werner.

The latter in particular has gone off the boil and looked nothing like a £52 million striker, with a missed penalty in the FA Cup win against Luton on Sunday summing up his lack of confidence.

Werner reacted by pulling up his shirt and burying his head in it — reflecting the general feeling in the team.

If Tuchel succeeds in quickly restoring the vim in the squad he will have rescued something from the season and put them on the right path at least.

Rangers manager Steven Gerrard said he expected Lampard, who like him was part of the so-called golden generation of England footballers, to bounce back.

However, former Liverpool captain Gerrard said he felt the Chelsea board should have given Lampard more time.

“I did think it was an opportunity for Chelsea to really reach out and support him during this tough period rather than do what they have done,” said Gerrard.

“But Chelsea have got history for that so it was no surprise.”