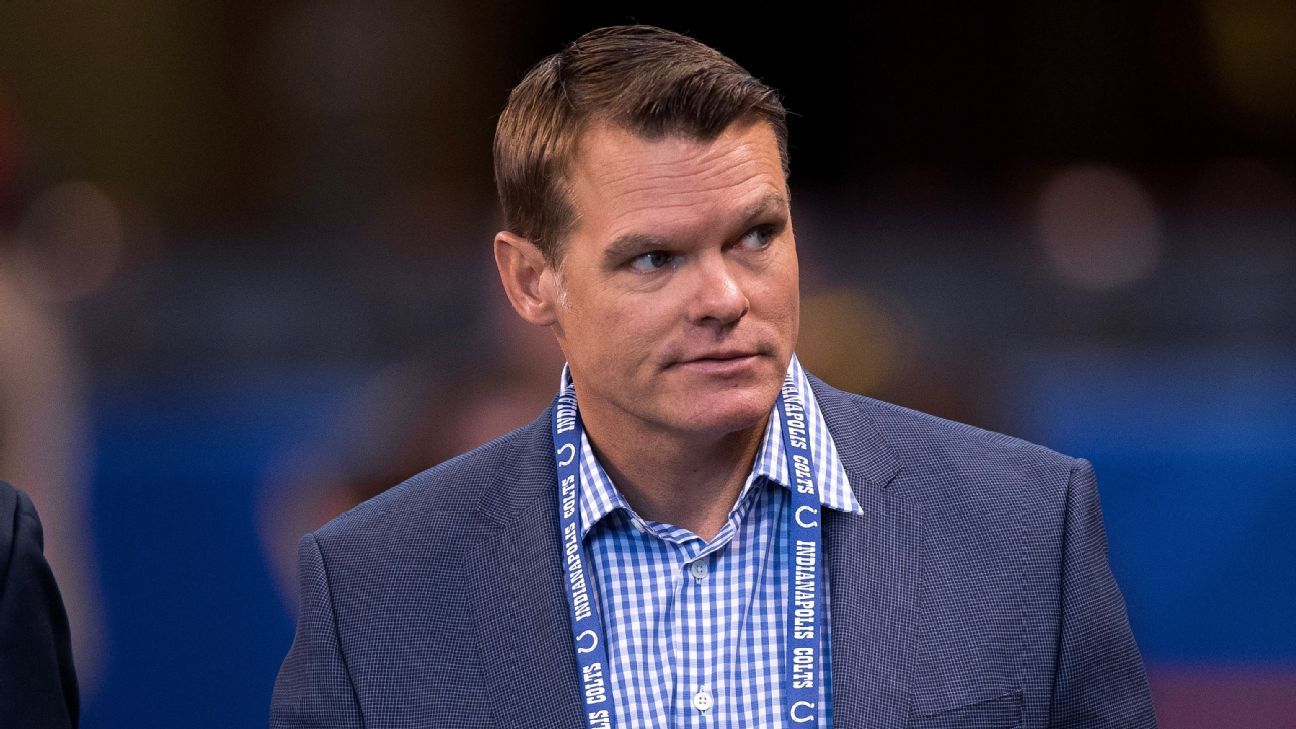 INDIANAPOLIS — It wasn’t a matter of if the Indianapolis Colts would trade back in next month’s NFL’s draft, but a matter of when.

Colts general manager Chris Ballard, despite dealing with some criticism in being frugal by only signing one player during the first wave of free agency, has stuck his feet firmly in the cement and remained steadfast in fixing the Colts’ roster flaws through the draft.

Ballard will have the opportunity to speed up the process after pulling off arguably the biggest move of what’s been a hectic week of free agency when he traded the No. 3 overall pick to the New York Jets for the No. 6 overall, No. 37 overall (second round) and No. 49 overall (second round) picks in this year’s draft and a second-round pick in the 2019 draft. The Colts now have nine picks in next month’s draft, with four in the top 49.

“You can’t build a sustained winner, one that lasts over time, in free agency,” Ballard said during a town hall event last month. “You can’t do it. You’ve got to draft your own players. At the end of the day, you’ve got to draft and develop and stack drafts. One, two and three drafts on top of each other where these guys are homegrown Colts. That’s where you get players that are loyal to your organization. And that’s how you build a winner. We’ll supplement with free agency. We had to last year.”

Saturday’s move also proved another thing: The Colts are in a clear rebuilding mode after former general manager Ryan Grigson whiffed on previous drafts. The Colts currently doesn’t have any players from the 2013 and 2014 drafts on their roster.

Credit goes to Ballard for being able to pull off the trade because he knew there are several teams starving for quarterback help. That put Ballard in the position to be able to negotiate with a number of teams, which he did, according to sources, to see which deal made the most sense for the franchise. The Colts don’t need a quarterback because they are confident that Andrew Luck will be their starting quarterback next season after missing all of the 2017 season with a shoulder injury.

What also helped the Colts is that it’s not like they’re missing just one key player on their roster. They have numerous holes: Offensive line, middle linebacker, receiver and cornerback are some of their most glaring needs.

They’re still in position that select a player who will immediately help their team without feeling guilty about potentially missing out on Penn State running back Saquon Barkley or North Carolina State defensive end Bradley Chubb.

Depending on the plans of the first four teams, all of which could select a quarterback, the Colts could have their choice between Notre Dame guard Quenton Nelson, Alabama defensive back Minkah Fitzpatrick or perhaps even Chubb.

“I think you’ve got to weigh it versus the player you might take or the players you might take versus the picks you’re going to acquire and who’s going to be there,” Ballard said about possibly moving back during the NFL’s scouting combine last month. “If you trade back and you say, ‘Well look, there’s only 15 or 16 first-round players, actual first-round players. Is it worth trading back for these extra picks?’ And then the player you’re going to take — is he a difference-maker to where this one guy is going to make that much of a difference for our football team versus three guys? I think you’ve just got to weigh it. Are we always open? Absolutely. But at the end of the day, we’ll always do the best thing at the moment, and we’ll do the best thing for the team.”