AARON Mooy returned from injury for Huddersfield Town but David Wagner’s side could not find a way past Swansea City in a 0-0 draw.

It was a baffling outcome.

The Terriers’ 80.84% possession was the most dominant number any side has notched in the Premier League since 2003-2004, yet despite 30 shots, Swansea being reduced to 10 men and becoming just the third side to fail to have a single shot in a PL game ever, they could only walk away with a point, which sees them remain precariously placed in 15th.

It is now the 16th game Mooy’s side have failed to score in their PL debut campaign.

The positive for the Socceroos is that Mooy was back after a month out with a knee injury, and very busy in his return, just in time for Bert van Marwijk’s first camp.

“We’re frustrated about the result, but the boys did everything right apart from score,” Wagner said.

“We hit the bar and post three times, and missed other chances.

“Sometimes you need luck and that wasn’t on our side today.”

The Socceroos boss will be equally delighted to have seen Mat Ryan’s heroics; although his Brighton & Hove Albion were already down 2-0 to Everton, the goalkeeper’s save to stop Wayne Rooney from the penalty spot was world class.

In the Championship, Wolverhampton Wanderers’ English Championship promotion charge was halted as Aston Villa handed out a 4-1 thrashing at a spirited Villa Park.

Albert Adomah put Villa – featuring Socceroos captain Mile Jedinak – in front after seven minutes after a goalmouth scramble but the lead lasted only 12 minutes as Diogo Jota levelled for Wolves from Matt Doherty’s cross. James Chester restored Villa’s lead when he prodded in a Robert Snodgrass free kick and Lewis Grabban made it 3-1 five minutes later with another close-range effort.

When Icelandic midfielder Birkir Bjarnason toe-poked a shot past Wolves keeper John Ruddy in the 84th minute, the Villa fans could celebrate a victory that pushes them closer to the automatic promotion places.

They are now four points behind Cardiff City, who beat struggling Birmingham City 3-2 and seven behind Wolves.

Fourth-placed Fulham’s fine run of form continued as they beat Preston North End 2-1 away thanks to a stoppage time winner from Aleksandar Mitrovic. Fulham are now unbeaten in 15 games.

Derby County and Middlesbrough make up the playoff spots in fifth and sixth respectively.

Hull City eased their relegation fears as they hit back from 3-1 down to beat Norwich City 4-3.

The Hull Daily Mail praised the Australian, describing him as “magnificent”.

“The Australian seems to thrive when the Tigers play with high tempo and today was no difference, turning in a performance of the highest quality,” William Jackson wrote.

Barcelona forward Luis Suarez is suspected of cheating to pass his Italian language test with the help of his teachers, the Perugia prosecutor’s department in charge of the investigation said on Tuesday.

The Italian exam was a first step required in order to receive a passport ahead of a possible transfer to Juventus, a move which has since been abandoned.

“The investigation showed that the subjects discussed during the exam were agreed beforehand with the candidate and that the grade was awarded to him even before the test,” the prosecutor’s department said in a statement.

Local prosecutor Raffaele Cantone, a former head of Italy’s National Anti-Corruption Authority, had been carrying out an investigation since February into University for Foreigners officials over various irregularities.

Suspicions over Suarez were aroused by an overheard conversation.

“But what do you think, that we’re going to fail him? Today I have the last lesson (with Suarez) and I have to prepare it because he barely speaks a word” of Italian, Stefania Spina, one of the people targeted by the investigation, is claimed to have said according to prosecution documents cited by Italian media.

Asked by a colleague what level Suarez “should pass” in Italian, Spina reportedly replied: “He should not, he must, he will pass, because with a salary of 10 million (euros) per season, you can’t make him fail” his exam, “even if he doesn’t know how to conjugate verbs and speak in the infinitive.”

Juventus coach Andrea Pirlo said last week a proposed deal for Suarez was unlikely to go ahead because of delays in the Uruguayan’s bid to get an Italian passport.

The Italian champions cannot recruit Suarez otherwise because they have already reached their quota for non-EU players. 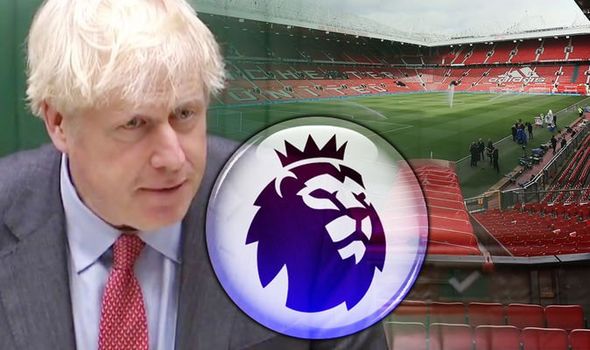