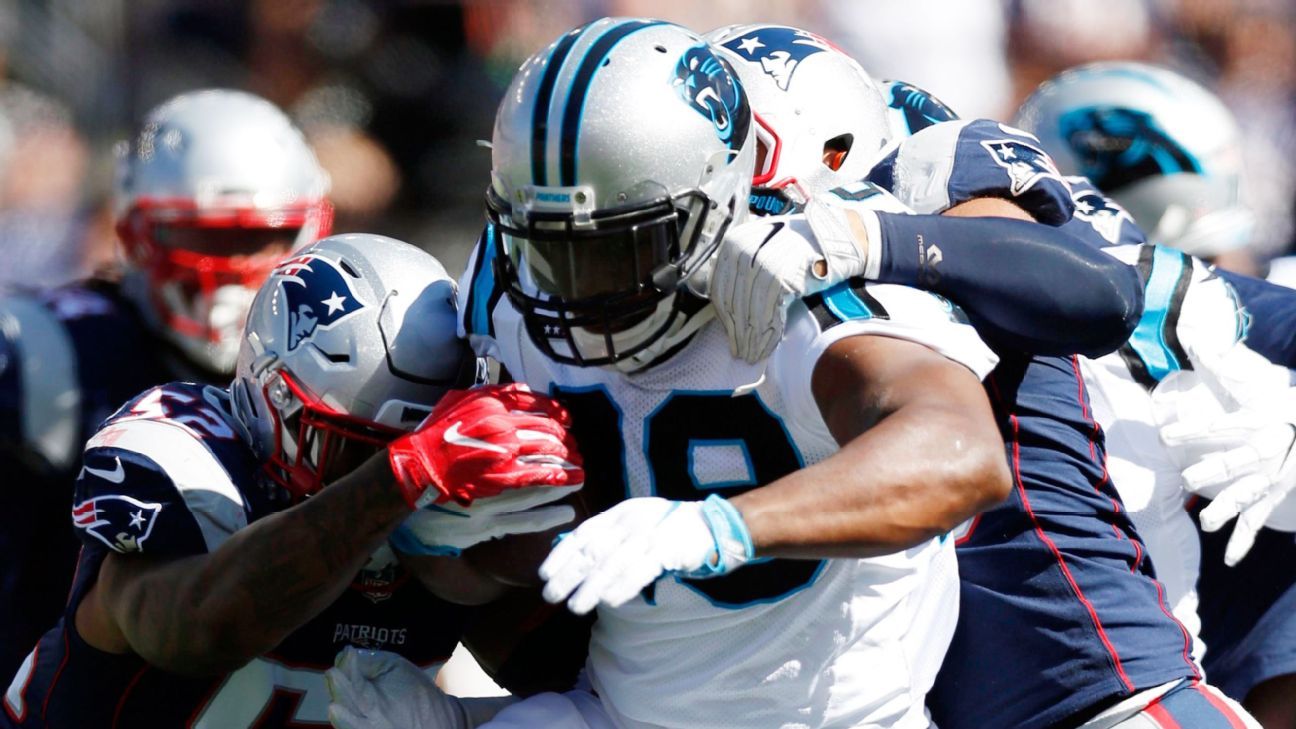 Stewart, who will turn 31 on March 21, was coming off one of his worst seasons statistically behind an offensive line Hurney regarded as one of the top five in the league. Stewart averaged a career-low 3.4 yards per carry (680 yards on 198 carries), and his total yards were his fewest since 2013, when he was limited by injuries.

His yards per carry ranked 32nd among the 34 running backs who had at least 150 carries last season, ahead of only Adrian Peterson and Ameer Abdullah, according to ESPN Stats & Information. Stewart’s 3.55 yards per touch last season were the fewest by a running back with at least 200 touches in a season since BenJarvus Green-Ellis (3.47) and Rashard Mendenhall (3.49) in 2013.

Stewart ends his career at Carolina, where Hurney selected him in the first round of the 2008 draft, with 7,318 yards. He surpassed DeAngelo Williams last season as the team’s all-time leading rusher.

Williams was released by former general manager Dave Gettleman after the 2014 season.

Stewart recently said he still could be a productive back. But with new offensive coordinator Norv Turner trying to create more opportunities for 2017 first-round pick Christian McCaffrey and what Hurney called a deep draft class at running back, the Panthers opted to move on.

Hurney added that the staff is confident McCaffrey can run more between the tackles even though he is a bit undersized at 5-foot-11 and 205 pounds.

“Norv Turner has come in and we’ve had several meetings with him,” Hurney told ESPN on Tuesday. “We know how he wants the offense to look. Christian McCaffrey is a very versatile running back, and he can do a lot of different things. We have to continue to work through the roles that he will play as well as the roles for all the other guys on the offense.”

In 2018, McCaffrey will try to end the Panthers’ drought without a 1,000-yard rusher. Carolina hasn’t had one since 2009, when both Williams and Stewart broke 1,000 yards. That’s the longest active drought by a team in the NFL, according to ESPN Stats & Information.

While Hurney said it was too early to speculate on signing either, in describing his philosophy he immediately pointed to both interior line positions.

“You always have to be very strong on the offensive line and defensive line,” Hurney said. “Our offensive line, I would think, was top five in the league last year. And our defensive line, we were able to put consistent pressure, not only outside but from the inside. That’s very important these days because so many of these quarterbacks get the ball out of their hands so quickly.” 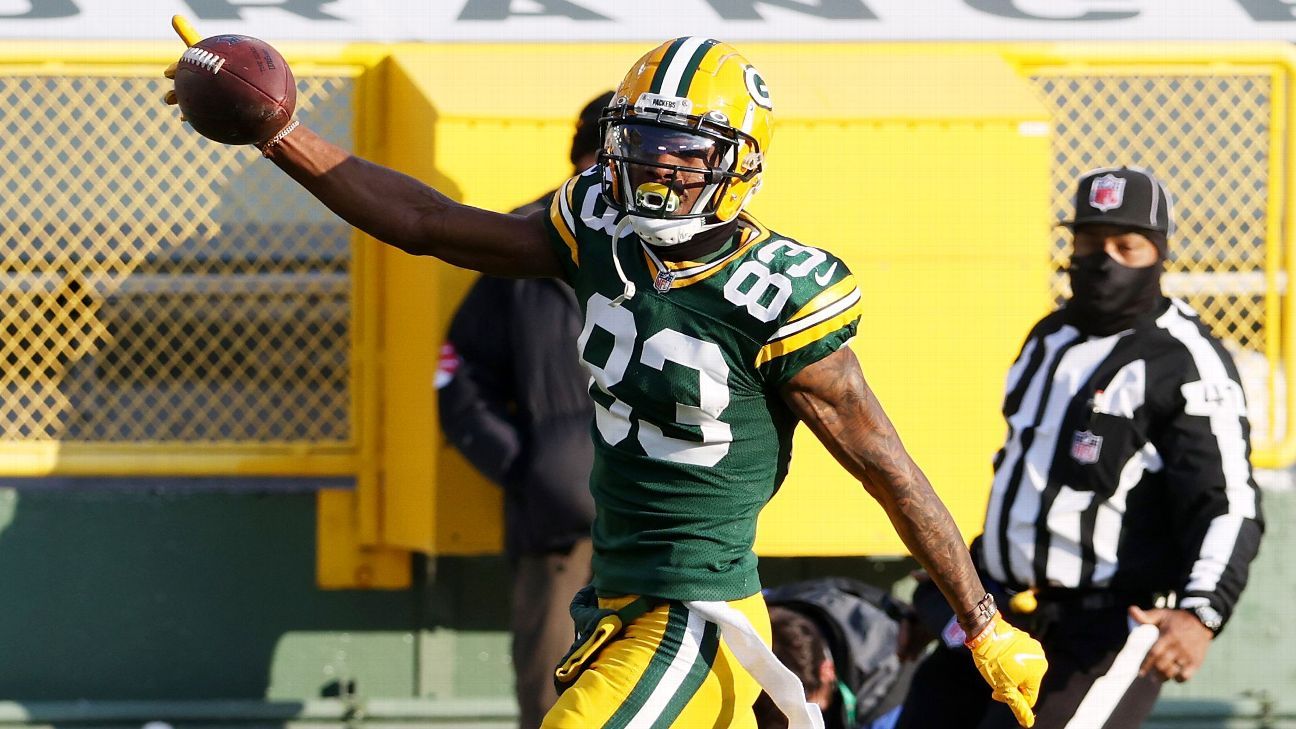 GREEN BAY, Wis. — When Aaron Rodgers wants to throw deep, he knows where to look: at Marquez Valdes-Scantling.

And that’s just how the Green Bay Packers got on the board in the NFC Championship Game on Sunday.

Trailing 7-0 and with Rodgers under pressure — the Bucs sacked him three times in the first quarter — he hit the speedster Valdes-Scantling on a go route for a 50-yard touchdown to tie the game early in the second quarter.

It was the fourth touchdown of 50 yards or more between Rodgers and Valdes-Scantling this season, including playoffs, the most by any quarterback-receiver combination in the NFL. No other duo has more than two this year.
Rodgers now has two touchdowns of 50 or more yards this postseason. He hit Allen Lazard for a 58-yarder last week against the Rams. Rodgers had no such touchdowns in his postseason career prior to this year.

Valdes-Scantling has 11 career receiving touchdowns (including playoffs), and five have gone for 50-plus yards. The Tampa Bay Buccaneers have struck first in the much-anticipated NFC Championship Game between Tom Brady and Aaron Rodgers of the Green Bay Packers at Lambeau Field. Brady connected with Mike Evans twice on the opening drive to give the Bucs a 7-0 lead. Brady hit Evans on third-and-4 for a 27-yard catch on a corner route working against Chandon Sullivan.

Evans then leaped up in the end zone working against Kevin King for a 15-yard touchdown grab. A win today would send Brady to his 10th Super Bowl and the Bucs’ to their second.