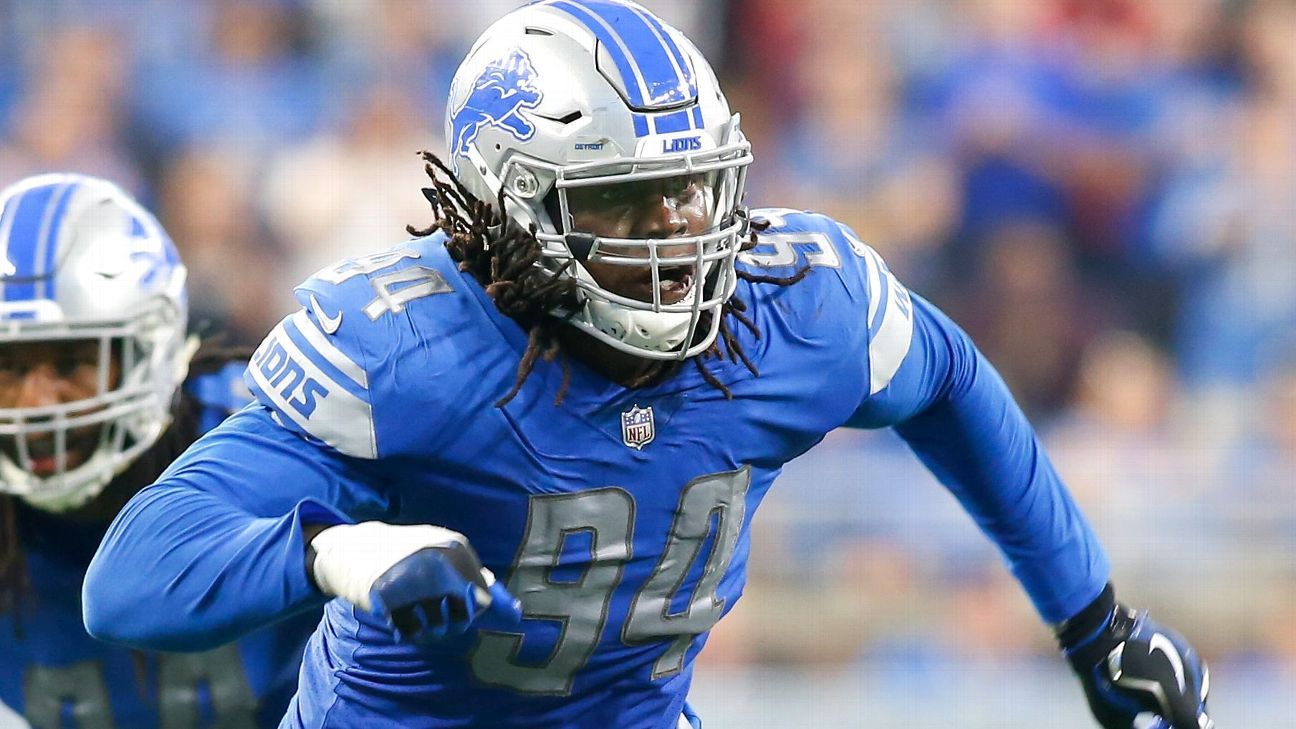 The Detroit Lions on Tuesday designated defensive end Ezekiel Ansah as their franchise player for 2018.

Ansah, 28, admitted late in the season he had “been dealing with a lot all year.” He had ankle, shoulder and back injuries throughout 2017, rarely practiced in full pads and almost always appeared on Detroit’s injury reports. He said he is “pretty confident,” though, that he can return to his 2015 form, where he had both consistency and production while earning a Pro Bowl berth.

The franchise tag for a defensive end was $16.9 million in 2017, and it is expected to be approximately $17.5 million for the upcoming season.

Ansah can sign the franchise tender at any time, which would fully guarantee the salary and place it all on the current year’s cap. The sides also have until July 16 to agree to a multiyear extension.

Ansah was the No. 5 pick in the 2013 draft out of BYU and immediately became an impact player in the Lions’ 4-3 front as a pass rusher.

After 32 tackles and eight sacks his rookie year and 49 tackles and 7.5 sacks in 2014, Ansah had a breakout season in 2015. He had 47 tackles that season along with 14.5 sacks — enough to earn second-team All-Pro honors by The Associated Press.