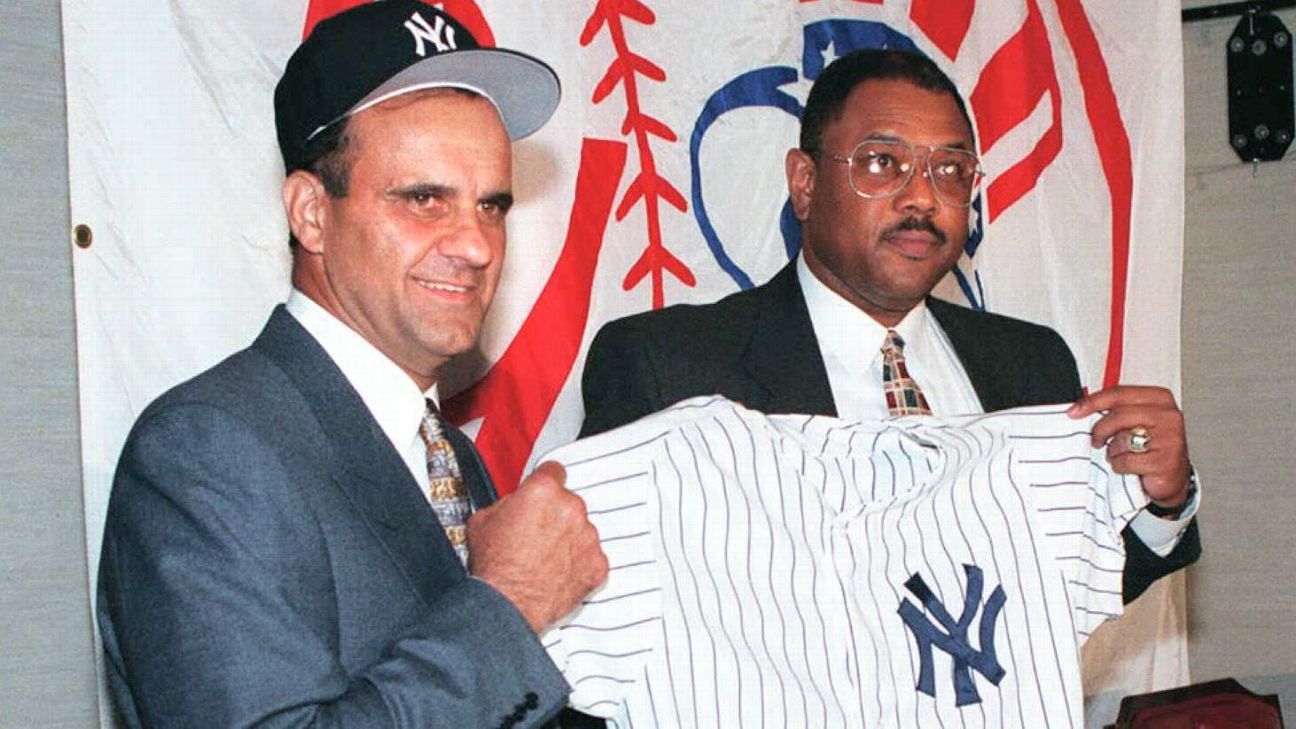 Bob Watson, the first black general manager in baseball to win a World Series title, with the New York Yankees in 1996, says he has turned down offers for kidney donations from his two children and is “ready for whatever happens now.”

Watson, 71, has kidney disease and undergoes dialysis several times a week. He told the New York Daily News that he has “gotten to the point where every day I’m still here is a blessing.”

“Both my kids offered to donate kidneys to me,” Watson said, “and I told them both the same thing: ‘I’ve had a good life and I don’t want to take a kidney from young people who really need them and still have their whole lives ahead of them.’ That would be very selfish on my part.”

Watson retired in 2010 after an eight-year role as a vice president of on-field operations with Major League Baseball in which he decided penalties for brawls, pitches intentionally thrown at batters and other matters. He served as general manager of the Houston Astros from 1993-95 before acting as the Yankees’ GM for two years.

“My one regret is that, because of the dialysis, I haven’t been able to travel anymore and I had to miss a lot of baseball events, like the Yankees’ 20th anniversary of the ’96 championship,” Watson said. “Ten months ago, the doctors told me I could have two years or 12. Well now I’ve gotten to the point where every day I’m still here is a blessing.”

Watson was a two-time All-Star during a 19-year career as an outfielder and first baseman for the Astros, Boston Red Sox, Yankees and Atlanta Braves before retiring after the 1984 season.

“I had a reputation for never giving up an at-bat, so I’m still fouling ’em off as long as I can,” Watson told the Daily News. 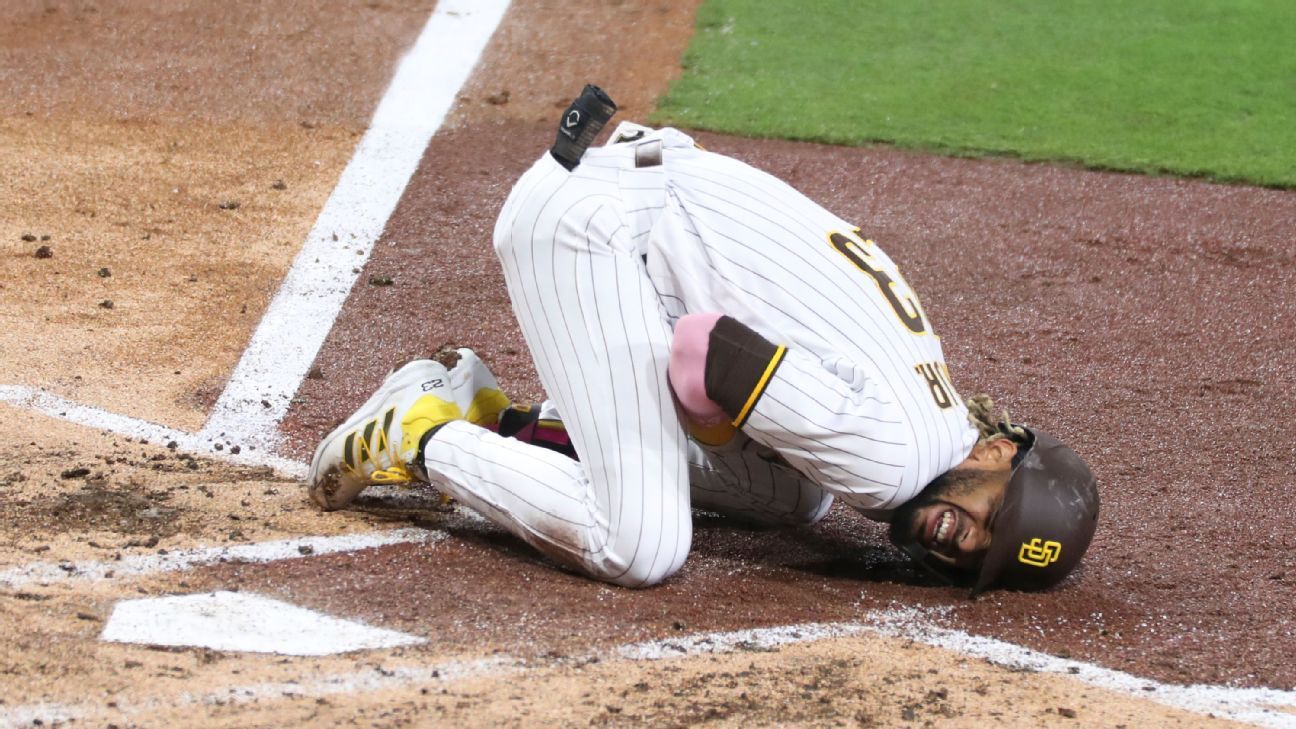 Tatis struck out swinging against Anthony DeSclafani and winced in pain as he fell to the ground. He cradled his left arm while he got up, and two athletic trainers helped hold his left arm against his body as he left the field. 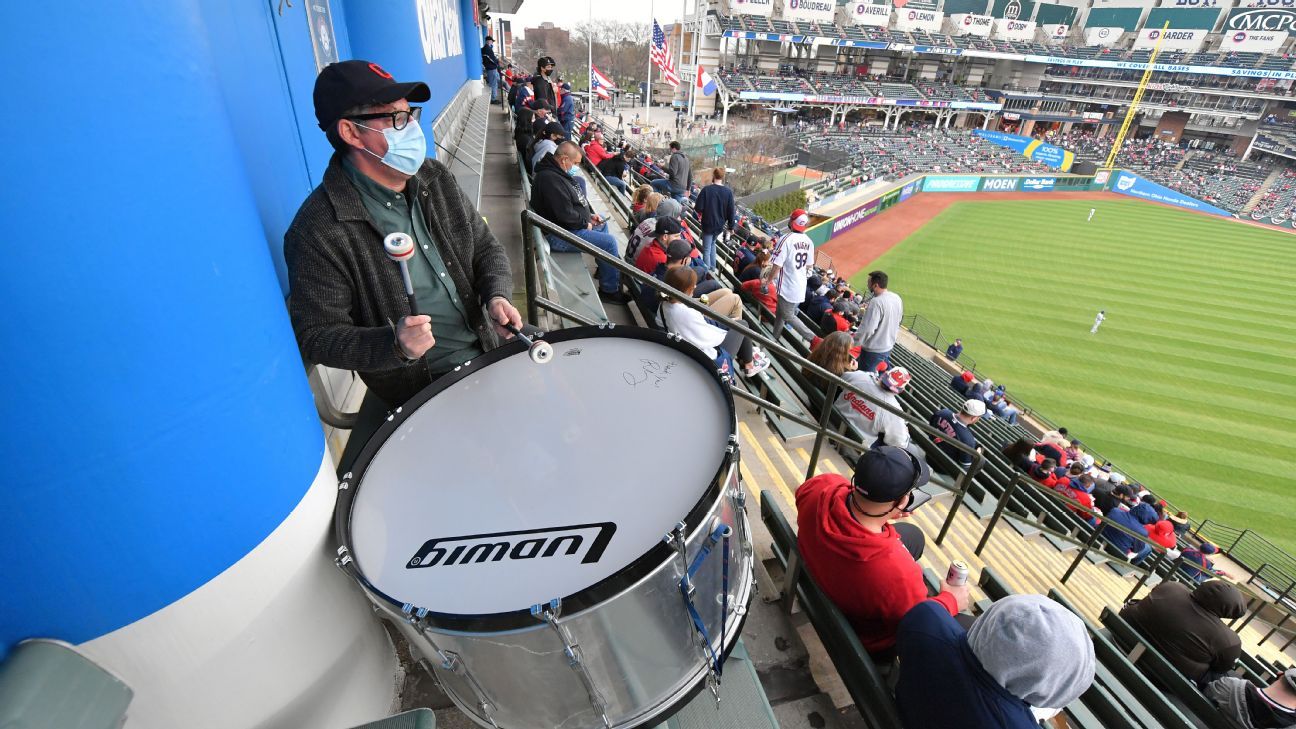 A lifelong Indians fan and one half of The Black Keys, the Grammy Award-winning rock duo from Akron, Ohio, Carney filled in Monday at Cleveland’s home opener for drummer John Adams, who is recovering from heart surgery.

Adams missed his first home opener since 1973, ending a run that has featured him sitting high in the left-field bleachers and pounding a steady beat whenever the Indians are hitting.

Carney was thrilled to be able to sit in for Adams.

“I’m stoked to be here for John,” Carney told The Associated Press about two hours before the Indians hosted the Kansas City Royals at Progressive Field. “It’s the best seat in the house and I wish John could be here, obviously. When I heard he wasn’t healthy enough to make it, I thought it was good way to pay some respect to him and show him some love.”

Before he could begin banging away, Carney was bestowed drumming duties by Adams during a video presentation in the first inning.

Carney’s appearance didn’t spark the Indians, who managed just three hits and were shut out 3-0 by the Royals.

Carney said he attended his first Indians game in Cleveland when he was “5 or 6” and that one of his close friends who accompanied him to that game decades ago was attending the opener.

Like so many musical acts, The Black Keys haven’t been on a stage since just before the COVID-19 pandemic shut down normal life.

“This is my first show since last January,” Carney said. “Crazy. This is gonna be fun.”

Carney said he’s looking forward to concerts resuming and that he and bandmate Dan Auerbach could have an announcement next week on their upcoming plans. 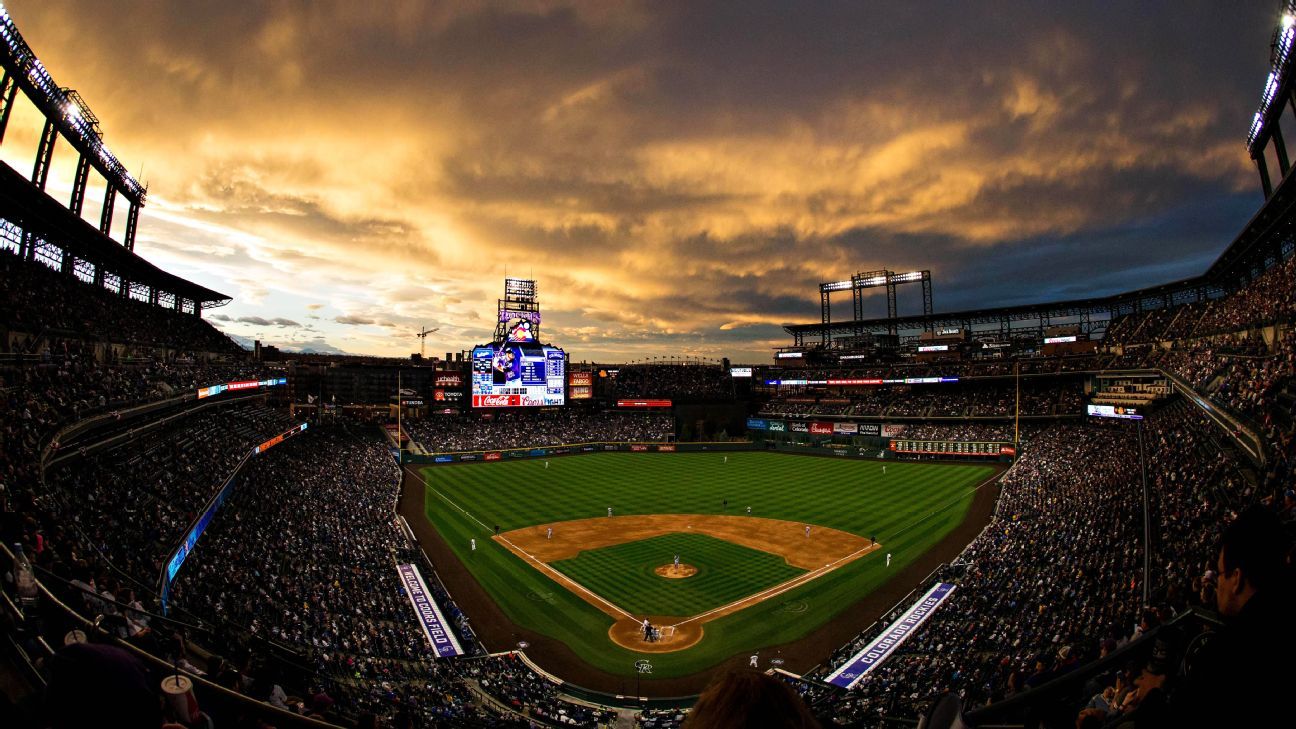 MLB opted to move the game out of Atlanta due to voting laws passed in Georgia last month.

It will mark the second time the homer-friendly home of the Colorado Rockies will host the Midsummer Classic. The American League beat the National League 13-8 at Coors in 1998.

This year’s All-Star Game originally was scheduled for July 13 at Truist Park, home of the Braves. However, on April 2, MLB announced that it decided to move the game out of Atlanta due to a new Georgia law that has civil rights groups concerned about its potential to restrict voting access for people of color.

Commissioner Rob Manfred said in a statement at the time that he discussed the potential move with individual major leaguers and the Players Alliance, an organization of Black players formed after the death of George Floyd last year, before ultimately deciding to make the call “as the best way to demonstrate our values as a sport.”

Georgia Gov. Brian Kemp signed into law last month a sweeping, Republican-sponsored bill that includes new restrictions on voting by mail and greater legislative control over how elections are run. The bill, which also prohibits volunteers from distributing food and water to voters waiting in line, was finalized on March 25 roughly 15 miles from Truist Park.

The new voting law came in the wake of the first Democratic victories in presidential and Senate elections in Georgia in a generation, which triggered repeated unproven assertions by former President Donald Trump that the state’s election was fraudulent. Supporters of the new law have said it merely ensures election integrity and stamps out potential fraud, while critics have described it as a voter suppression tactic that would make it more difficult for minorities, particularly people of color, to vote, citing how it reduces ballot access in urban communities that lean Democrat.