THE Carabao Cup final was supposed to be the stage for Arsene Wenger to restore some pride, perhaps even win some silverware, as he tenuously holds onto his reign as Arsenal boss.

Instead, it was a symbolic defeat, accentuated by an insipid application on the biggest stage of all.

Gary Neville set the agenda live during commentary for Sky Sports, but perennial Wenger critic and high profile Arsenal fan Piers Morgan has issued the loudest ultimatum: “This was the latest of many recent humiliations for Wenger and Arsenal. It can’t go on.

“For his sake, the club’s sake and most importantly, the fans’ sake.

In a column for The Daily Mail , he lamented: “Last season was Wenger’s worst ever at the club. This season is shaping up to be even worse.

“Yet still he clings on, dragging the club he once so gloriously revolutionised into further dismal mediocrity with every day he refuses to quit.”

Morgan’s intro to the piece was a scathing, withering denunciation of Wenger’s future at the club. Frighteningly for Arsenal fans, and a sign of the extent of the club’s stagnation, it was an intro lifted from a column he wrote a decade ago.

“Arsenal were pathetic. No, hang on, that’s too generous. Pathetic means causing or evoking sympathy. I don’t feel any sympathy for the team who capitulated so appallingly to Manchester City. I feel blind fury and bitter resentment.

“We were gutless, uninspired, creatively devoid and technically incompetent. We have no leader like Tony Adams or Patrick Vieira, we’ve become a soft touch and the players don’t know how to fight.

“Wenger looked like a death row inmate waiting to be taken to the electric chair; angry, frustrated, careworn and suddenly very old. Arsenal are disintegrating as a major club before my eyes. It’s time Arsene Wenger and Arsenal parted company.”

Wenger remains defiant, even trying to steer the narrative towards the use of VAR in Vincent Kompany’s goal.

But when asked if this will be his final season, despite having a year to run on his contract, he simply replied: “Who knows?”

Morgan might be of a generation which has seen the rise and fall of Wenger.

But for younger Arsenal fans, who have not enjoyed such rich success supporting their beloved Gunners, it can become too much.

If one moment summed up that, it was the heartbreaking image after David Silva’s third, where a father is desperately consoling his son who is in tears as he realised the game has slipped away from his team.

Some of the denunciation of Wenger has been brutal in the post-script to this clash.

The Independent’s Miguel Delaney emphasised just how galling the day was.

“Arsene Wenger’s side just collapsed, and ensured this became just another of his worst days, rather than a first League Cup. They were that bad, City not even that good.”

The BBC ’s Phil McNulty pointed to the symbolism of the emphatic defeat.

“In many ways, Guardiola now represents what Wenger used to be when the Frenchman arrived at Arsenal in 1996 to change the face of the game in England with his revolutionary methods and a purist approach.

“Guardiola is the manager and visionary Wenger once was and that must be a cold and brutal reality for the 68-year-old whose continuously optimistic messages about Arsenal’s future and hopes of achieving the big successes are increasingly at odds with the evidence.

“Guardiola is now the younger moderniser and the vast gulf between City and Arsenal, the difference that could almost be measured by those swathes of red open spaces, suggest Wenger looks increasingly like yesterday’s man.”

The Times ’ Henry Winter simply declared: “The end of Arsene Wenger’s reign at Arsenal moved even closer after this shambolic appearance. He has to leave this summer”.

It was a sentiment echoed by The Telegraph’s Chief Sports Writer Paul Hayward, who declared: “Arsenal will be lying to themselves if Arsene Wenger’s reign is allowed to continue next season”.

He continued: “Unless Arsenal can win the Europa League – and AC Milan, their next opponents, will have other ideas – this was surely the last big match of Arsene Wenger’s 22-year reign”.

Sitting alongside Thierry Henry on Sky Sports’ coverage of the final, Jamie Redknapp fumed: “This has gone on for too long now, it’s getting boring.

Cristiano Ronaldo has tested positive for coronavirus for the second time as Juventus prepares for next week’s Champions League clash against Barcelona, according to reports in Italy on Thursday.

Ronaldo is currently isolating at his home in Turin after testing positive for COVID-19 on October 13 while with the Portuguese national team for Nations League matches.

The 35-year-old again received a positive result after a test carried out on Wednesday, Sky Sport Italia and Gazzetta Dello Sport reported.

The Portuguese forward could still be available for Sunday’s Serie A game against Hellas Verona, and the clash against great rival Lionel Messi’s Barcelona on October 28.

Under UEFA rules the five-time Ballon d’Or winner needs to test negative 24 hours before the Barcelona game in Turin to be included in the squad.

Ronaldo, who has no symptoms of the virus, has continued training at home posting a video on social media of himself training in his high-tech gym, sporting a new shaved head look.

“Success in life is not measured by what you achieve, but by the obstacles you overcome,” Ronaldo wrote, as he gave the thumbs up.

On Thursday, the unsmiling player posted another photo of himself on social media, sitting at a table before eating, with the caption: “Thursday style!”

The entire Juventus team are in isolation after US midfielder’s Weston McKennie’s positive test on October 14.

Juventus are second in Group G behind Barcelona who beat Hungarian minnows Ferencvaros 5-1. 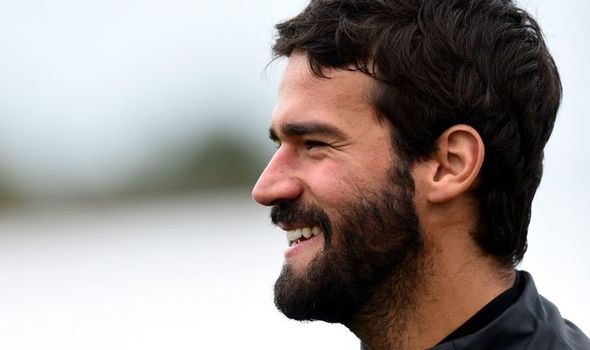 Liverpool goalkeeper Alisson Becker is closing in on his return to action following an injury in training. 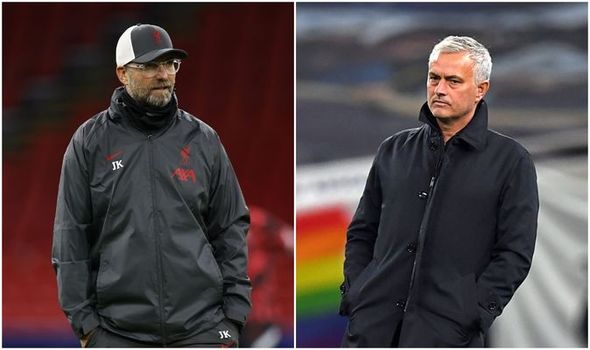 Tottenham were emphatic in their 3-0 win over LASK on Thursday night.