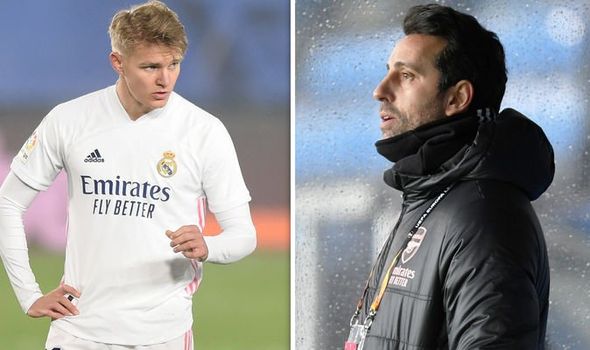 Arsenal need to have a busy end to the January transfer window. 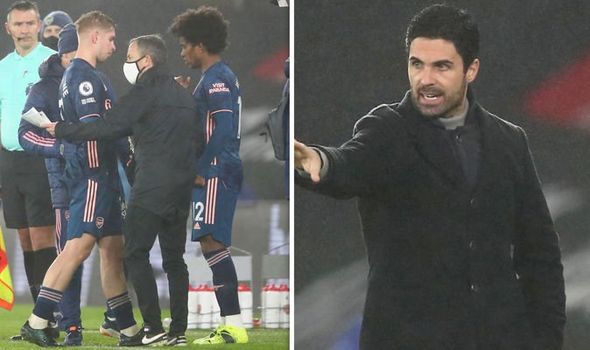 Arsenal boss Mikel Arteta came out fighting after the Gunners’ victory over Southampton.

Thomas Tuchel is a man who has worn many masks. From a professional footballer, who saw his career ended early after a knee injury, to an economic graduate, to a barman, to a Bundesliga manager, a model and most recently a Champions League finalist.

The no carbohydrate-eating vegan, with a passion for dark knitwear and Britpop isn’t your archetypal candidate for a top Premier League job.

Yet now he wears the mask of Chelsea’s new head coach, following the sacking of club legend Frank Lampard on Monday evening (AEDT).

Tuchel was confirmed by the club on Wednesday morning (AEDT) after being sacked by Paris Saint-Germain on Christmas Eve, just months after taking the club to its first Champions League final.

Director Marina Granovskaia, who was a key figure in the sacking of Lampard days before, called Tuchel “one of Europe’s best coaches”, and he has certainly forged that reputation, among others during his career.

Robbed of a full playing career thanks to a knee injury at 24, Tuchel earned an economics degree and began to work as a barman before going into youth team coaching at the urge of Ralph Rangnick, the man owner Roman Abramovich originally wanted to take over on an interim basis until the end of the season.

Nine years after pour pints, he was picking his first Bundesliga team, having been appointed Mainz manager at 35 years old, filling the boots of now Liverpool manager Jurgen Klopp for the first, but not the last, time in his career.

He quickly superseded Klopp as his Mainz side became known for their attacking football and ability to seamlessly switch formations four, five or six times a game to adapt to opponents who were technically better than them. By the time he left to replace Klopp again, this time at Borussia Dortmund, he had taken one of the Bundesliga’s poorest and smallest clubs into a Europa League side.

At Dortmund, he employed unusual techniques, such as giving his defenders tennis balls to hold whilst playing in training to stop the temptation to grapple with attackers and concede fouls, according to The Athletic. And although he was able to rejuvenate a side sapped of energy after six years of Klopp’s high-intensity style of play, he was hamstrung by the sales of big-name players such as Mats Hummels, Henrikh Mkhitaryn and Ilkay Gundogan against his will.

Although he’d nurtured the likes of Ousmane Dembele and Christian Pulisic to replace them, it was the first sign of a strained relationship between himself and his superiors and where the reputation as a volatile character to deal with was first realised.

He reached breaking point when he mistakenly sent an angry text message about sporting director Michael Zorc to Zorc himself, rather than his agent, and clashed with the club in the aftermath of the assassination attempt of the entire squad on the way to a Champions League game at home to Monaco in 2017.

A man named Sergej Wenergold tried to blow up the team bus with the players and staff on it outside their hotel in an attempt to see the club’s share price crash after betting on it to happen. Defender Marc Bartra suffered a fractured arm but miraculously the rest of the squad were physically unscathed.

The game was postponed 24 hours but a still clearly shaken Dortmund lost and Tuchel publicly questioned why the game was only pushed back that far, despite the club claiming he had agreed to it. He was sacked at the end of the season.

Players at Dortmund also struggled to relate to him on a personal level, another criticism of Lampard’s tenure, with former goalkeeper Roman Weidenfeller saying “his training sessions were outstanding, he was a visionary. But on a human level, it didn’t work in some areas.”

That improved at PSG however, as he seemed able to cope the super egos of stars like Neymar, Kylian Mbappe, Angel Di Maria and others but again it was his relationships with his superiors which ultimately cost him.

He took PSG to the Champions League final in August but was out of a job by December. Clashes with sporting director Leonardo over team selection were this time to blame and Tuchel does not have the type of personality to back down.

And Chelsea are aware of that. According to The Athletic, they spoke to plenty of other coaches, former players and agents who had previously dealt with him and despite the difficulties, believe that his flaws are worth it for his talent.

He did previously interview for the Chelsea job in 2016 and, although impressive, ultimately missed out to Antonio Conte.

He is fluent in English and, more importantly for the $365m of so-far underwhelming signings of Kai Havertz and Timo Werner, is also German and Chelsea hope that if anyone can get them firing, it’ll be him.

The “18-month deal with the possibility of an extension” suggests Tuchel will be around for a good time if not a long time, with Chelsea keen to allow his management skills make up for his interpersonal ones for the time being.