NEW Socceroos boss Bert van Marwijk has confirmed he has held talks with goalkeeper Brad Jones about a potential return to the national team fold ahead of the 2018 World Cup.

Jones, who has once again been starring for Feyenoord in the Dutch Eredivisie was overlooked throughout Ange Postecoglou’s time in charge, but could now be set to return.

The Socceroos next play Norway and Colombia in March friendlies.

“When I speak to someone, he also feels that he has a chance, and I was surprised that [Jones] had not been with the national team in recent years,” Van Marwijk said on Dutch TV channel Ziggo Sport.

“I talked to him about that. It was a very pleasant conversation, he was very positive about the national team, I am glad about that.”

Jones, who has made four Socceroos appearances, is enjoying a career-best run of form after moving to the Netherlands from England in 2016.

An initial six-month stint with NEC Nijmegen saw him attract the interest of giants Feyenoord, where the 35-year-old then went on to keep 17 clean sheets in his first season to help the club win the Eredivisie title for the first time in 18 years.

Jones was initially a member of the 2010 World Cup squad, before being forced to withdraw due to his six-year-old son Luca being diagnosed with leukaemia.

In 2017, Fairfax Media reported Jones had turned down the chance to return to the Socceroos fold after Postecoglou was set to include him in crucial World Cup qualifiers and his Confederations Cup squad.

Jones had wanted assurances he would be first choice goalkeeper, with the Socceroos possessing strong goalkeeping stocks.

Current No.1 Maty Ryan is enjoying a fine run of form in the Premier League with Brighton, where he was recently involved in a last minute penalty save to earn his side a point against Stoke.

There is also competition from Club Brugge shotstopper Danny Vukovic, who travelled to Russia in Jones’ place after starring for Sydney FC last A-League season.

There is also Mitchell Langerak, now in the J.League, who has been a squad regular while Mark Birghitti had recently earned call ups to the squad.

“He’s in the best form of his career and has just got better with age,” he said.

“He deserves a call up because his form clearly warrants it. I am not sure why Ange Postecoglou didn’t select him but that was his prerogative.

“However, with a new coach comes a new opportunity and I am sure Brad is more than ready to step up if the chance comes again.

“He’s flourished in Holland, and is producing the performances week-in week-out at a very good club.”

The Gunners failed to capitalise on a wealth of possession at the Emirates on Monday morning (AEDT) before a Jamie Vardy sucker-punch condemned them to a third loss this Premier League season.

Arsenal looked sluggish, particularly in the game’s second half, and created few clear-cut chances apart from when it appeared to take the lead within the first few minutes.

Alexandre Lacazette found the back of the net in the fourth minute when he flicked on a corner at the near post past keeper Kasper Schmeichel.

But the goal was swiftly ruled out by the linesman as Granit Xhaka was deemed to be standing in an offside position and obstructing the goalkeeper.

A swift check of the side-on angle by VAR upheld the on-field decision — and Arsenal never recovered.

England legends Alan Shearer and Ian Wright were both shocked by the call upon reviewing the angle from behind the goal, which VAR didn’t check.

“That’s a goal … no one is impeding Kasper Schmeichel, no one runs in his eyeline…” Wright said.

“He’s chose to go inside. Whos impeding him? No one. He has not made a save. How has VAR not seen that?”

Shearer agreed, saying that Arsenal fairly put bodies in the box to unsettle Schmeichel who didn’t deal with the situation.

Arsenal manger Mikel Arteta was left fuming after the game, saying: “I don’t know how the hell it was disallowed.”

Former Premier League referee and officiating expert Dermot Gallagher explained that the decision was made because Xhaka was deemed to have been too close to Schmeichel prior to the ball being headed.

“The people who make these decisions tell me that because his start position is so close to him that impacts on his ability (to make a save),” Gallagher said.

The explanation confused Wright further, who said: “He’s the one who is actually touching Xhaka. Now he’s completely removed from Xhaka (when the ball is headed).”

“If that’s the case why didn’t they blow it before?” questioned Shearer. “That doesn’t make sense.”

Manchester United and Chelsea’s goalless draw showed the flaws in both teams, while Manchester City are still searching for their peak form.

Liverpool on song with Jota

Diogo Jota staked his claim to become part of Liverpool’s ‘fab four’ as the Portugal forward capped their comeback in a 2-1 win against Sheffield United.

Jurgen Klopp’s side had fallen behind to Sander Berge’s penalty at Anfield, but Roberto Firmino equalised before Jota headed the winner to move Liverpool level on points with leaders Everton.

Jota has scored twice in four league games since signing from Wolves for £45 million in September.

He was deployed as the right-sided forward in a 4-2-3-1 system as Klopp fielded all four of his main attackers together for the first time.

In the hometown of The Beatles, Jota’s contribution conjured memories of the period when Philippe Coutinho played alongside Firmino, Mohamed Salah and Sadio Mane in Klopp’s original Anfield ‘fab four’.

“The player he is: he is quick, he has the physicality, he is strong, he is good in the air, he is good on the ground,” Klopp said.

“A lot of good things. He has exactly the quality we need, so that helps a lot.”

No joy for United, Chelsea

As rain lashed down on Old Trafford, Manchester United manager Ole Gunnar Solskjaer and Chelsea boss Frank Lampard looked as gloomy as the conditions that left them drenched on the touchline.

A dour goalless draw showed the problems both men have to resolve if they are to turn their teams from top four contenders into title challengers.

Solskjaer and Lampard finished last season with reasons for optimism after taking their clubs into the Champions League via top four finishes.

But there have been precious few signs of progress this term, with United failing to win any of their first three home league games for the first time in 48 years.

Even the debut cameo from Edinson Cavani, who nearly scored with his first touch after coming off the bench, couldn’t inspire United, who looked a pale shadow of the team that surprisingly beat Paris Saint Germain in the Champions League in midweek.

Set out to contain United after conceding far too often in recent weeks, Chelsea needed two fine saves from Edouard Mendy to hold onto their third successive draw in all competitions.

It was hardly the kind of swashbuckling performance many expected from Chelsea after Lampard spent over £200 million ($A366m) on a host of new signings in the close-season.

Timo Werner, Kai Havertz and Hakim Ziyech are all still finding their feet and Chelsea look lost at times as a result.

Pep Guardiola’s frustrated expression told its own story as the Manchester City manager fended off another round of questions about his team’s struggles.

City’s underwhelming 1-1 draw at West Ham left them languishing well behind the Premier League pace setters and underlined the growing feeling that Guardiola is struggling to find answer to the problems that ail his team.

After surrendering the title to Liverpool with barely a whimper last season, City were expected to bounce back this term, but they remain defensively frail and inconsistent in attack.

“I would prefer to have results but we have to analyse where we are. Many injuries, a lack of preparation, no recovery time, and tough games we’ve played so far,” Guardiola said.

Adding to Guardiola’s problems, Sergio Aguero was forced off against West Ham with a muscle injury.

It took the second half introduction of 20-year-old Phil Foden to spark some life into City at the London Stadium and the dynamic England midfielder’s equaliser suggested it is time Guardiola finally leans more heavily on his brightest young talent. 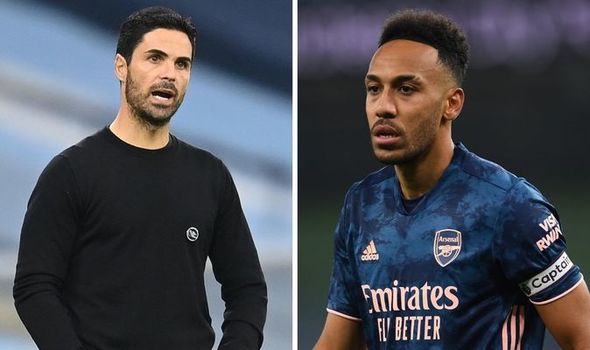 Pierre-Emerick Aubameyang has not been his normal self in front of goal so far this season.