AN injury to star fullback Michael Zullo has soured one of the most exciting matches in Asian Champions League history for Sydney FC.

The Sky Blues played out a 2-2 draw with Shanghai Shenhua in a crucial ACL Group H clash, which saw Graham Arnold’s side remain rock bottom after taking just one point from their opening two matches.

Zullo limped off in the 62nd minute after pulling up with a hamstring complaint. Commentator Robbie Slater attempted to predict the extent of the star’s injury layoff: “You’d think three weeks minimum the way he pulled up,” he said.

Fox Sports’ Mark Bosnich said the clash was “up there with the most entertaining games that [he’d] seen,” while fellow panellist Daniel McBreen echoed his comments: “What a game to watch, it was really entertaining,” he said.

The clash started out in frenetic fashion as Shenhua threatened to exploit an uncharacteristically shaky Sydney defence. Ex-Premier League striker Obafemi Martins created the game’s opening chance in the very first minute, before skipper Giovanni Moreno missed a glaring chance to opening the scoring a short time after.

It took until the 26th minute, but it was eventually Martins who broke the deadlock, as the front man got the final touch as a scramble in the Sydney box yielded the opener.

But the lead wouldn’t last long, as Sydney took just two minutes to equalise through an unlikely source in Luke Wilkshire. The fullback pushed forward and capitalised from a tight angle following a big save from a Bobo header.

Was Sydney denied a penalty?

The goals didn’t stop there as the Sky Blues grabbed the lead in the 34th minute through captain Alex Brosque. It was a fine strike from the skipper, who rocketed the ball into the top of the net following a classy through ball from Milos Ninkovic.

However, the lead was again short lived as former Inter star Fredy Guarin fired a volley home on 42 minutes to restore parity heading into the halftime break.

Coming out of the sheds, the Sky Blues looked vulnerable to start the second stanza. Shenhua looked to capitalise but couldn’t create any meaningful chances. It was Brosque who was the beneficiary of the next major opportunity as Adrian Mierzejewski manufactured the ball of the evening to send his captain one on one. Brosque rounded the keeper, but only managed to find the side netting with his effort.

Zullo’s departure just after the hour mark was concerning for the Sky Blues, but as the scores remained locked, a tense final half hour loomed.

Chances came at both ends, as Mierzejewski and Ninkovic as well as Fredy Guarin showed off their skills in the hope of creating a decisive chance.

Shenhua captain Moreno was lucky to still be on the park, as he was shown just a yellow card for a menacing challenge which saw him raise both studs in a challenge that collided with the shin of Wilkshire.

Guarin showed off some fancy feet but Redmayne was up to the task to keep out the former Inter man, as Ninkovic spurned two chances to win the match in the closing stages.

In the end, the 2-2 score line remained with a point apiece the fairest result in one of the most exhilarating ACL clashes in recent memory.

After the game, Sydney skipper and man of the match Brosque bemoaned Sydney’s inability to convert their chances – which he felt cost them a crucial victory.

“In the end [it was disappointing]. Normally playing away, a point is good but tonight I think we should have won the game.” Brosque said.

The injury to Zullo could be telling in Sydney’s domestic campaign as they search for back to back premierships, it remains to be seen how long they’ll be without their go-to left back. 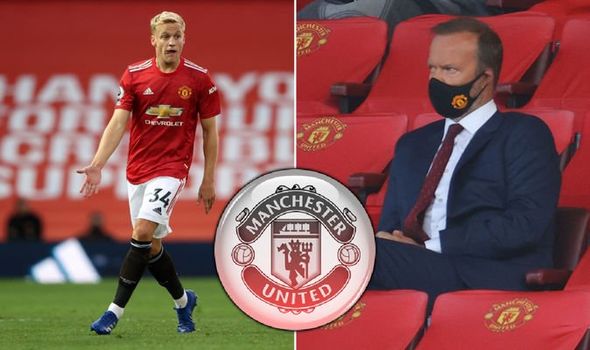 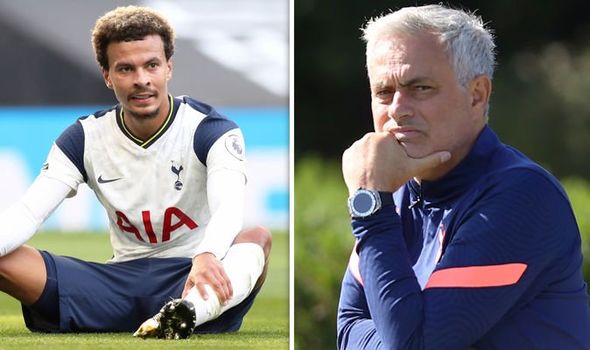 Dele Alli has been left out of the Tottenham squad to play Southampton today.

Tottenham are plotting a shock £30 million transfer bid for Jesse Lingard, according to reports.

The Manchester United midfielder, 27, has seen his career stagnate over the past two years since Jose Mourinho left Old Trafford.

But according to the Daily Star Sunday, the Special One is hoping to reignite his career in North London.

Lingard has struggled for game time and form under Ole Gunnar Solskjaer and has not started a Premier League match since January.

The report adds the England international was fuming at being left out of the matchday squad for the opening game of the season against Crystal Palace.

It is even suggested Lingard has tried to reach out to the club for showdown talks over his future – but has been ignored.

The playmaker who came through the United academy and has 207 first-team appearances, came back from pre-season in peak condition but it appears he is not part of Solskjaer’s plans.

Bruno Fernandes is the first-choice No10 and has been in fine form since arriving last season.

So Mourinho may hope to capitalise on Lingard’s frustration and try to get the best out of him again – especially with Dele Alli’s future unclear.

Speaking during the 2018 World Cup, Lingard credited his then-United boss for his support and help.

He told talkSPORT: “[Mourinho] has been great with me. He’s put that trust and faith in me to play me in big matches week-in, week-out.

“It’s only up to me to repay that faith by playing well and putting on good performances.

“He’s played a massive part in my development and I can only thank him for that.”

Spurs completed the signings of Gareth Bale and Sergio Reguilon from Real Madrid on Saturday.

They join Pierre-Emile Hojbjerg, Matt Doherty and Joe Hart as the summer arrivals.