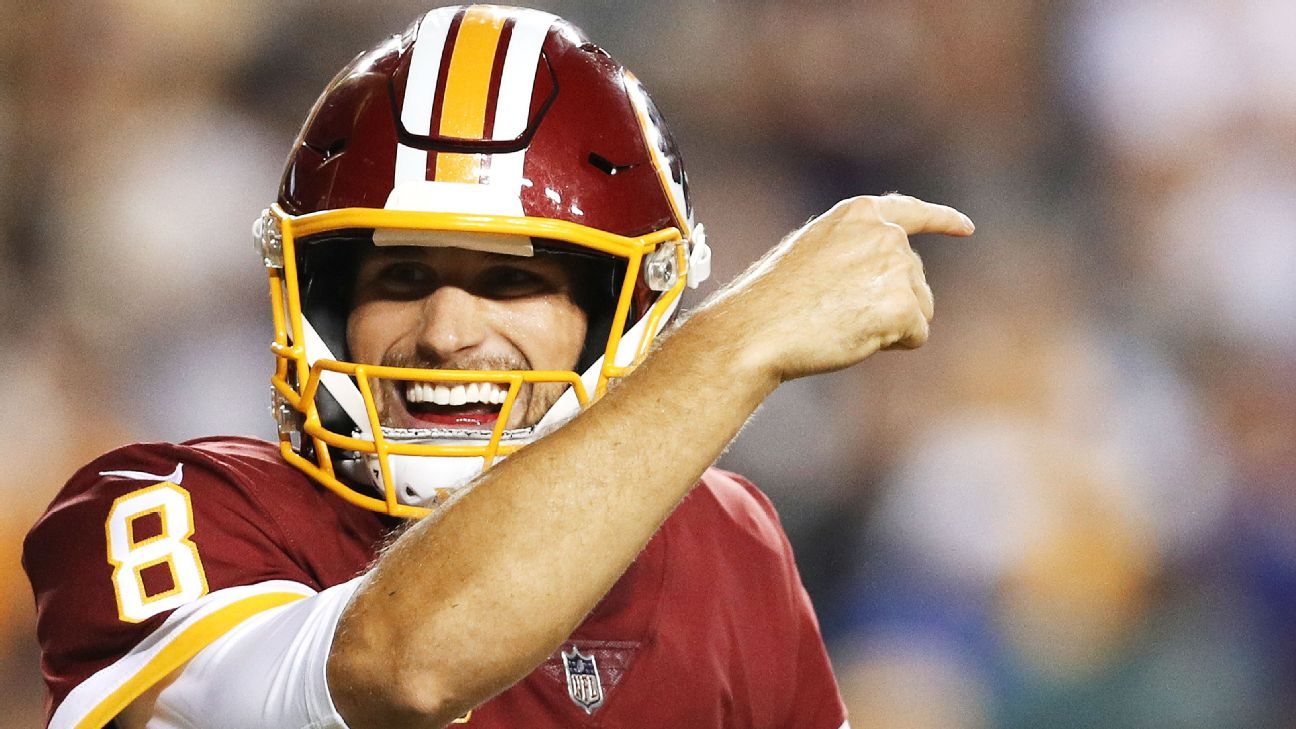 Kirk Cousins won’t be with the Washington Redskins anymore, but until he signs elsewhere he still factors in the conversation — in Washington and a number of other cities. That leads us to this week’s mailbag.

#jkmailbag John, Rumors are still swirling around the Redskins tagging cousins. If cousins does sign the tag: And the skins are then on the hook for the 34 mil: Why is it hard to believe a team like CLE wouldn’t give a draft pick so they can groom there rookie QB for a year?

John Keim: It just doesn’t make sense for Cleveland to be on this list — for either side.

Let’s look at it from Cousins’ perspective and put aside money for a second. The latter almost always determines a player’s decision, but if there are options and it’s close then it will be about other factors.

Cousins has said quite often that his No. 1 goal is winning. The Browns have gone 1-31 combined the last two years. What makes anyone think they’re that close to turning the corner to where Cousins would be tempted? Yes, they have some intriguing pieces and have compiled a potentially excellent front office, but they have the same head coach who … has won one game in two years. Cousins turns 30 in August; let someone else — a younger player or a veteran without many options — put their faith in the Browns.

Granted, if he’s tagged and signs the tender then, yes, Washington could indeed trade him. But, as has been mentioned often, all Cousins has to do is not sign the tender. Until he signs it, the Redskins can’t trade him and he’d count on their salary cap when the new league year begins (unless they rescind the tag beforehand. Otherwise, they’re killing their cap). If tagged, there’s a real good chance Cousins’ side would file a grievance anyway under the belief it goes against why the tag was put into place.

Also, there are ways for Cousins’ side to let the Browns know he won’t sign a long-term deal with them.

Now, let’s look from Cleveland’s perspective. In your scenario, the Browns would have a rookie quarterback. Yes, they’d be wise to add a veteran who can help that player’s development — through teaching and playing well enough that the rookie can sit and learn. They absolutely need someone who can guide them; heck, DeShone Kizer could have used that sort of player last year.

But would you really trade a draft pick and then keep Cousins at $34.5 million for one year just to mentor a young quarterback for one season? That’s insane. Yes, they have the cap space but that doesn’t mean you blow it that way. Cousins is a good quarterback; to invest all that in one year you’d better be landing one who is the final piece of a Super Bowl team and on the way to the Hall of Fame. Before you say, “But it’s the Browns” I go back to the front office they have compiled. That group isn’t dumb. And even the biggest Cousins fans out there would have to realize such a move would be incredibly dumb. It’s hard to imagine any other team trading for Cousins knowing that, if tagged, his recent history shows the starting salary will be the equivalent of the tag number — and there won’t be any long-term deal agreed to beforehand. Good luck with all that.

The Browns were willing to trade for Alex Smith until the Redskins won that battle. However, Smith counts only $17 million on the cap this season and, at the time, was in the last year of his deal. Cleveland wasn’t going to sign him to a long-term deal. It was truly an affordable one-and-done with a quality quarterback.

Cousins would be anything but affordable. There are cheaper alternatives for the Browns if they want to get a veteran quarterback who can play until the rookie is ready.

There will be better options for Cousins. There are more affordable options for the Browns.