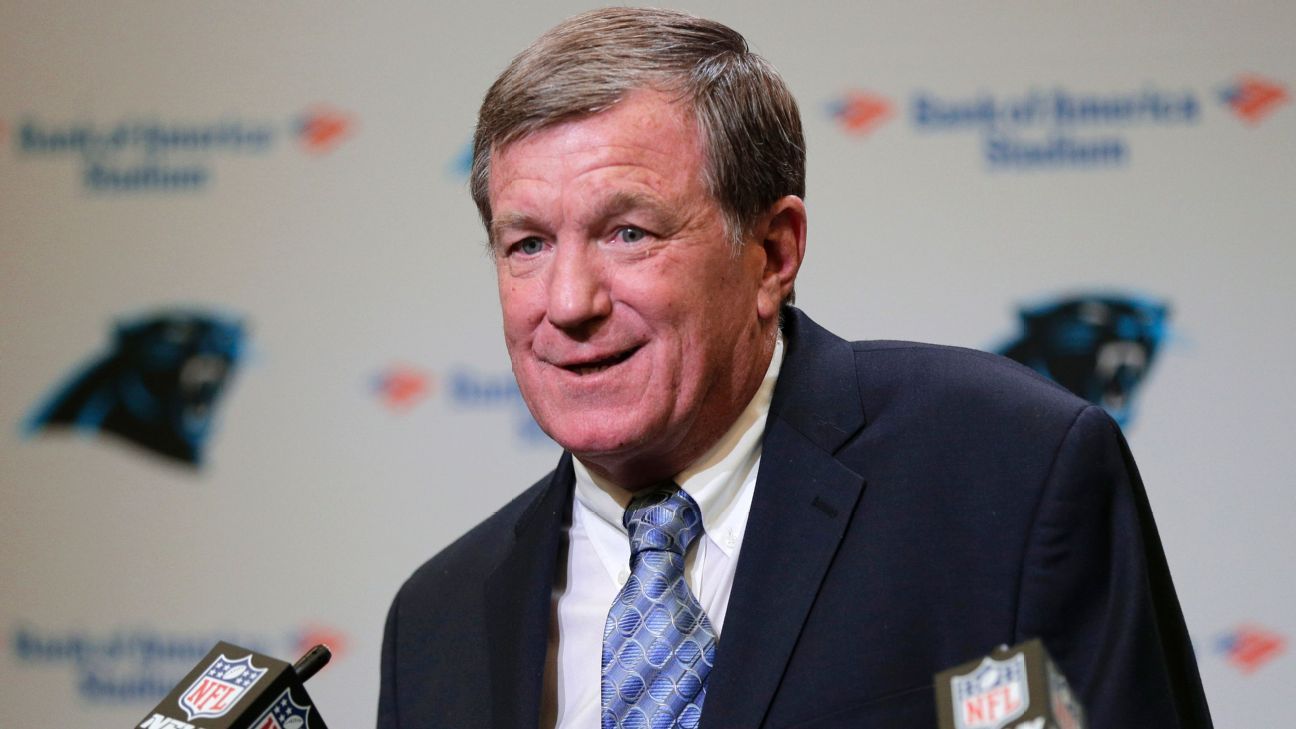 CHARLOTTE, N.C. – Marty Hurney on Friday was reinstated as the interim general manager of the Carolina Panthers after the NFL informed the team that a two-week investigation revealed no evidence that Hurney harassed his ex-wife.

He remains the front-runner to be named the full-time GM, according to a league source. An announcement could come Monday, if not sooner.

Hurney was placed on paid administrative leave three days after Jeanne Hurney filed the complaint in a Charlotte court on Feb. 2. The complaint was withdrawn four days later, but the NFL followed through with its own investigation under the personal conduct policy.

NFL spokesperson Brian McCarthy said the league reviewed all available law enforcement and court records and sworn testimony in prior proceedings in addition to interviewing Hurney and members of the Panthers.

“We also requested an interview with Mr. Hurney’s former wife, which was declined through her attorney,” McCarthy said. “Our investigation identified no evidence to support an allegation of domestic violence or similar conduct that would constitute a violation of the personal conduct policy.”

“In this digital age, it’s nearly impossible to overcome suspicion, defend yourself and clear your name once the court of public opinion gets ahold of a false narrative,” Lucchesi said. “The public scrutiny can be devastating and unrelenting. In this case, it was also unnecessary.”

Dawson was brought in for a second interview.

But Hurney, who was named the interim GM the week before training camp after Dave Gettleman was fired, has been the front-runner throughout the process, according to sources.

The team had tentative plans to announce the new general manager two weeks ago before the allegations were made against Hurney but put them on hold while the NFL investigated.

Hurney’s ex-wife withdrew the complaint after the judge denied a temporary restraining order during an ex parte hearing in which only Jeanne and her attorney appeared.

This all came about two months after the NFL opened an investigation into allegations of workplace misconduct by team owner Jerry Richardson. A December article in Sports Illustrated said at least four former employees were paid to keep quiet about allegations of sexual harassment and the use of a racial slur directed at a former team scout.

Lucchesi told ESPN.com at the time that the allegations against her client were “absolute fiction” and part of a continued trend of allegations since the Hurneys began divorce proceedings in 2013.

The divorce became official in January 2014.

On Friday, Lucchesi said how thankful her client was that the NFL conducted a “thorough investigation” and gave Hurney a chance to clear himself.

“He is also grateful for the continued confidence and support of the Panthers organization,” Lucchesi said. “Marty is looking forward to getting back to the work of building a strong and successful Panthers team for the 2018 season.”