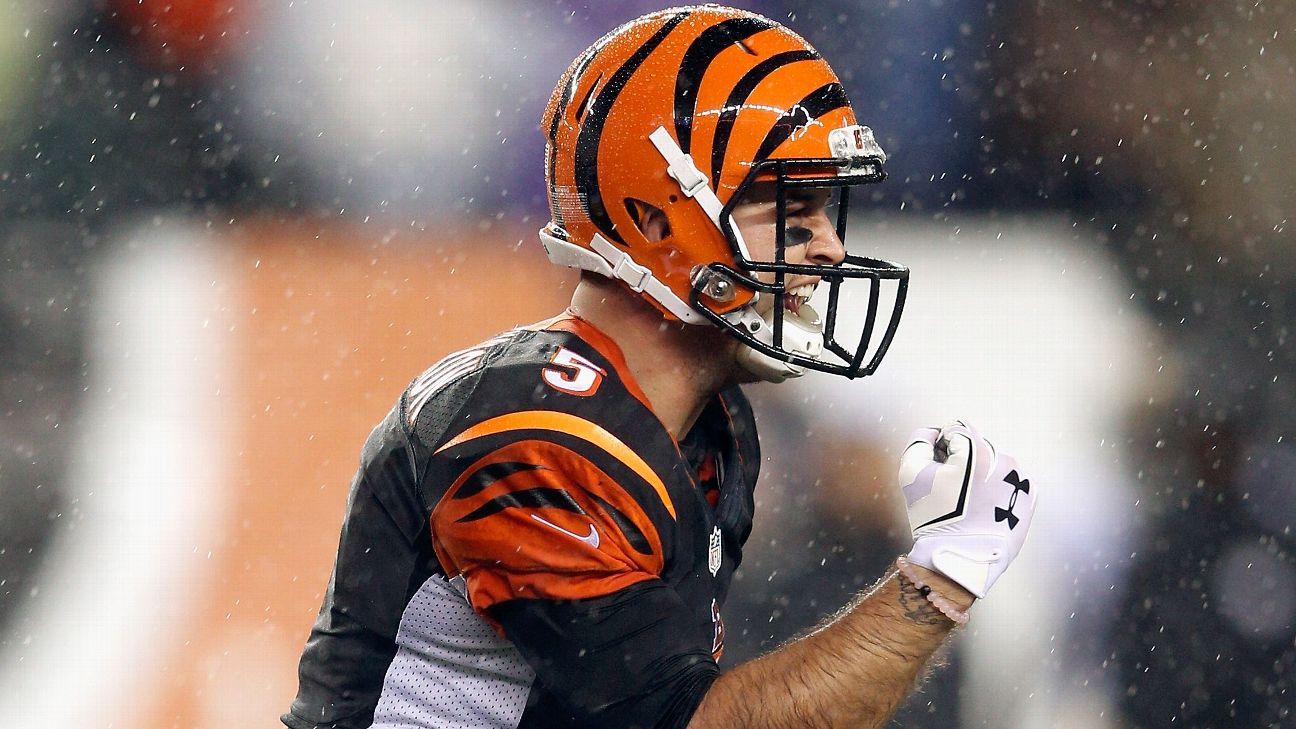 At first glance, this AJ McCarron news might not strike you as much. A fifth-round pick who’s started four games in four NFL seasons can now be an unrestricted free agent. Big whoop, right? Are teams really going to line up to throw money at him just because they can?

Thing is, though, McCarron plays quarterback. And that position makes NFL teams do funny things. Just a year ago, Mike Glennon was a 27-year-old free agent with 18 career starts — none since 2014 — and the Bears signed him for $18.5 million guaranteed.

Kirk Cousins. Jimmy Graham. Le’Veon Bell. This class could get wild. Here’s everything to know heading into free agency, which begins March 12.

McCarron is 27. His four starts in Cincinnati were in 2015. One was a playoff game. He completed 62 percent of his passes in them, with five touchdowns and one interception. He played well enough to win the playoff game, but the Bengals lost to the Steelers in painful fashion because Jeremy Hill fumbled and the defense lost its mind.

Oh, and don’t forget that, just a little more than three months ago, a team tried to trade a second-round pick and a third-round pick for McCarron but couldn’t get it done because of a deadline paperwork snafu.

The point here is this: Don’t rule out McCarron as a factor in the increasingly interesting 2018 offseason quarterback market.

Start with the Browns, the team that tried to trade for McCarron at the deadline in October. That got all botched up, and the team has since changed general manager and overhauled its front office, but if the Browns still want McCarron, they can now get him for nothing but money. Coach Hue Jackson was the offensive coordinator in Cincinnati for McCarron’s first two seasons and is known to be a fan. It’s not crazy to imagine the Browns signing McCarron as a guy they think can start in 2018 while whomever they draft — they have picks 1 and 4 in Round 1 — gets ready. And who knows? Maybe they like him enough that, if they sign him, they decide they don’t have to take a quarterback at the top of the draft. Unlikely, but you never know.

The top free-agent quarterback prize this year is Washington’s Kirk Cousins. But you can make a list of a half-dozen or so teams that will want Cousins, and only one can get him. If the Browns, Jets, Vikings, Cardinals, Broncos and Bills all try for Cousins, that means at least five teams will need a fallback option. Currently, those include the likes of Case Keenum, Tyrod Taylor, Sam Bradford and Teddy Bridgewater (who also hasn’t really played in two years). Josh McCown is out there as a one-year “bridge” option. Maybe a team can trade for Blake Bortles, but if so, that leaves Jacksonville as a team looking for a starting quarterback.

The question is not whether McCarron is a starting quarterback any more than that was the question about Glennon a year ago. The question is whether there is a team — or more than one team — out there that views McCarron as a 27-year-old with potential to be more than he’s been to this point in his NFL career. And if they’re willing to pay him a starter’s salary — even on a deal similar to the one-year commitment Chicago made last year to Glennon.

Quarterback is the NFL’s most stubborn and common problem, and it very rarely presents its teams with perfect solutions. If your team ends up signing McCarron and making him the starter in 2018, some of you will wonder if the decision-makers have lost their minds. Some will be cautiously optimistic. Very few will be satisfied, unless and until he performs at a level that justifies the decision. This is the nature of the quarterback market, and because of that, McCarron fits into it just fine. As of Thursday, we now know that he’s going to have a chance to maximize his value in a world where demand for what he does always outpaces supply. Which means he’s likely to end up coming out of this a very rich man.