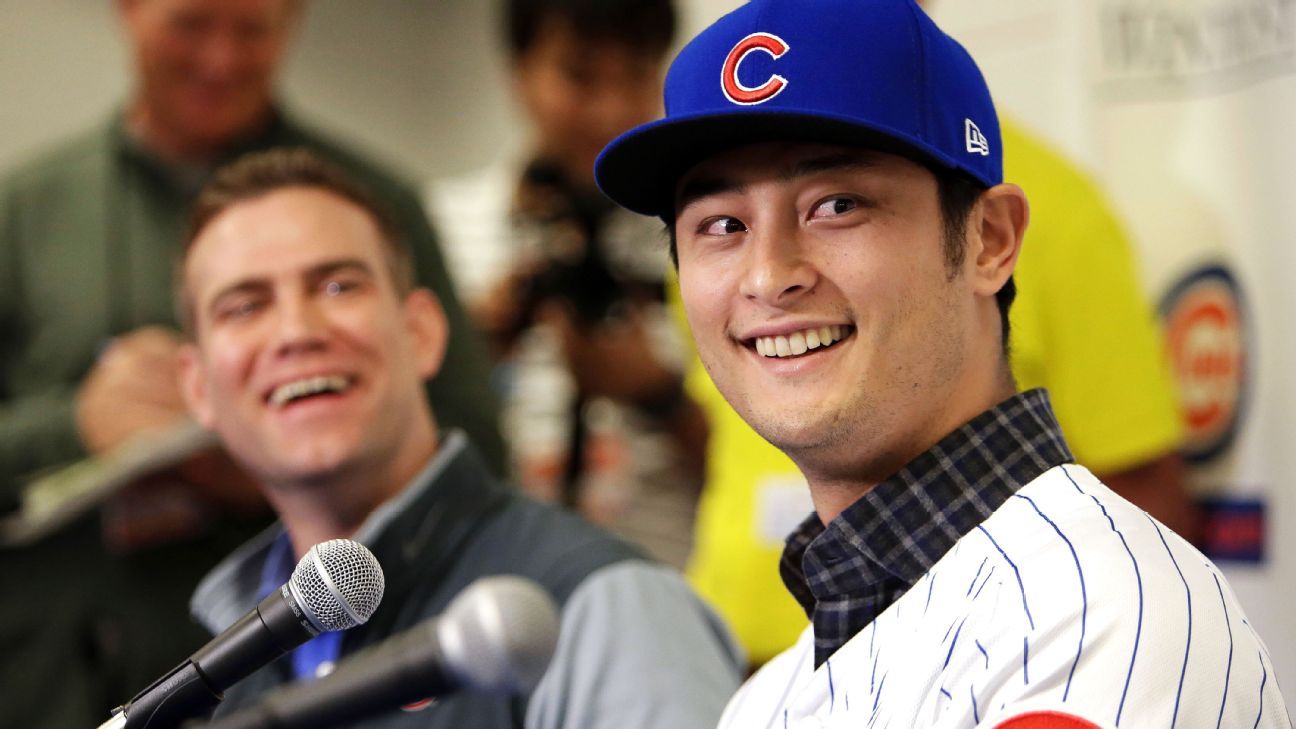 MESA, Ariz. — A year ago at this time, the thought of right-hander Yu Darvish pitching for the Chicago Cubs — as he will for the first time in spring training on Thursday — was a pipe dream.

It was shortly after the Cubs won the World Series in 2016 that Darvish and his agents added the Cubs, as well as their World Series opponent, the Cleveland Indians, to the list of teams the pitcher didn’t want to be traded to. But the decision wasn’t a slight to the Cubs: Darvish simply didn’t want to be dealt away from the Texas Rangers, and he thought Chicago and Cleveland were two franchises likely to try to make a move for him.

It was his free-agent-audition year in 2017, and he figured he would play one more season for the Rangers and then entertain offers. When the Los Angeles Dodgers provided a chance at a World Series ring just before the trade deadline, Darvish changed his mind and became open to a trade. Going to Los Angeles didn’t change his stance on free agency, though, so he listened when the Cubs came calling.

“It was the very first team I had a meeting with,” Darvish said through his interpreter at Cubs camp. “They were very serious about acquiring me. My agents told me how great the team is and how the fans are first-class. Just the whole environment is first-class.”

The Cubs’ pursuit of Darvish picked up after the winter meetings, as the front office realized an opportunity was at hand. With teams such as the Dodgers and New York Yankees slashing payroll instead of adding it, the Cubs thought they could get Darvish at a lower price than they’d previously envisioned. A face-to-face meeting in Dallas proved to be the key moment between the sides.

“As far as I can tell, he went into this process with a really open-minded, intelligent approach,” Cubs president Theo Epstein said this week. “He wanted to get to know people and learn as much as possible.”

Coincidentally, the Cubs weren’t far removed from selling their team to another Japanese pitcher, Shohei Ohtani, who ultimately chose the Los Angeles Angels. But the negotiations with Darvish had a different feel than the Ohtani pitch.

“Largely baseball-centric,” Epstein said in describing the pitch to Darvish. “We wanted to show him how we get our pitchers ready and how we put them in a position to succeed and our track record of doing that and the approach we would take with him. Another focus was just the culture here and how we make the players the most important people in the organization.”

When things were going well in the meeting, Epstein lightened the mood by pulling out the 150-page brochure the team put together for the Ohtani meeting. As a joke, Epstein put masking tape over Ohtani’s name on the cover and wrote “Darvish.” The gag went over well, with Darvish getting to read about the organization from the same pages Ohtani did.

Darvish got back at Epstein for the gag a little this week with his deadpan answer to the question of why the Cubs were on his no-trade list last season.

“Because I never really liked Theo Epstein,” Darvish joked with a straight face.

Even though the reality was that the no-trade-list decision was a player-agent chess move, that comment is a good indication of a sense of humor that those close to Darvish describe as sarcastic and dry.

Communication between both sides helped make the pitcher feel comfortable enough to join the Cubs without visiting Chicago before signing.

“Only during the season I’ve been there,” Darvish said. “I didn’t need to go in the offseason. I have an idea what Chicago is like. They were really frequent with communicating. There were no gaps or anything. They were very approachable.”

The back-and-forth included emails directly from Cubs brass to Darvish, who stayed involved to the very end.

Once the Cubs were able to add a sixth year to spread out the annual salary, the sides came to an agreement, and the once-impossible thought of “Darvish” on the back of a Cubs jersey became a reality.

NEW YORK — Yankees ace Gerrit Cole has tested positive for COVID-19 and will not make his scheduled start Tuesday.

New York manager Aaron Boone made the announcement after Monday night’s 7-1 loss to the Baltimore Orioles. Boone said he was informed of Cole’s positive test in the second inning.

Boone said Nestor Cortes Jr. likely will start in place of Cole. Cortes has no record and a 1.93 ERA in three starts and eight relief appearances for the Yankees this season. 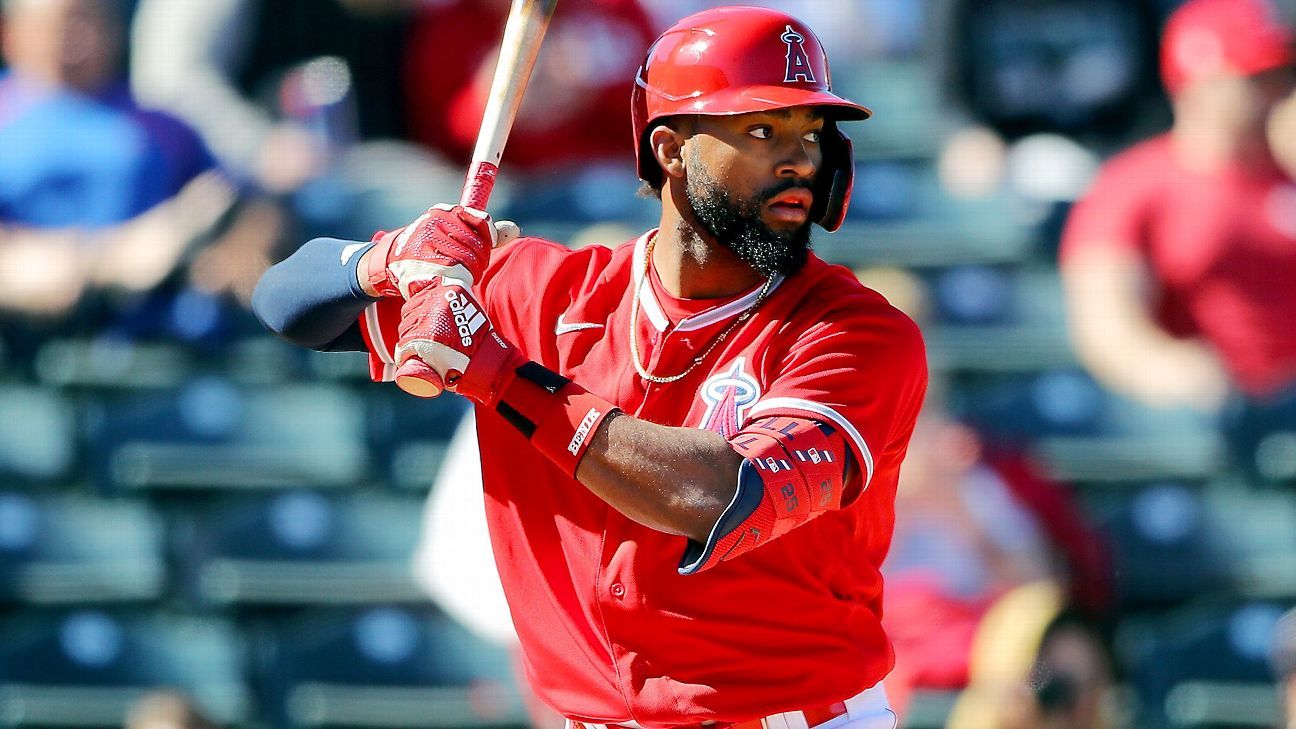 Jo Adell, one of baseball’s most promising outfield prospects, was called back up by the Los Angeles Angels on Monday, shortly after another hot stretch for the team’s Triple-A affiliate.

Adell, 22, homered in three consecutive games on Thursday, Friday and Sunday and was batting .289/.342/.592 with 23 home runs and eight stolen bases in 73 games for the Salt Lake Bees. The Angels initially had him in the lineup for the series opener against the Texas Rangers — starting in left field, with fellow top prospect Brandon Marsh in center — but removed him because he arrived too late to start.

Adell, the 19th-rated prospect at the start of the season by ESPN’s Kiley McDaniel, struggled mightily both offensively and defensively during the COVID-19-shortened 2020 season. The Angels waited to call him up this year, even though they had obvious outfield needs with Mike Trout, Justin Upton and Dexter Fowler all out with injuries, the latter of whom underwent season-ending knee surgery in April.

Adell will share an outfield with Marsh for the foreseeable future and is the latest in what resembles a youth moment for an Angels team on the fringes of contention. On Sunday, Reid Detmers, a 22-year-old starting pitcher who was drafted 10th overall in 2020, made his major league debut. On Monday, 23-year-old right-hander Chris Rodriguez, who debuted as a reliever earlier in the year, got the start.

Adell batted .161/.212/.266 with 55 strikeouts in 38 games last year and misplayed several balls while serving as the Angels’ everyday right fielder last summer. Playing time for Adell has opened because of Trout’s lingering calf injury, which has kept him out since May 17. Trout was initially expected back around this time, but his rehab has hit something of a lull.

Prior to the game, speaking before Adell’s promotion was announced, Angels manager Joe Maddon said, “It’s very important for us going into the offseason to know exactly what we have and what we need to do to move forward for next year.

“Having said that,” Maddon added, “that does not mean conceding to anything at all. We believe that these young guys are ready to play here and be part of a winning environment.” 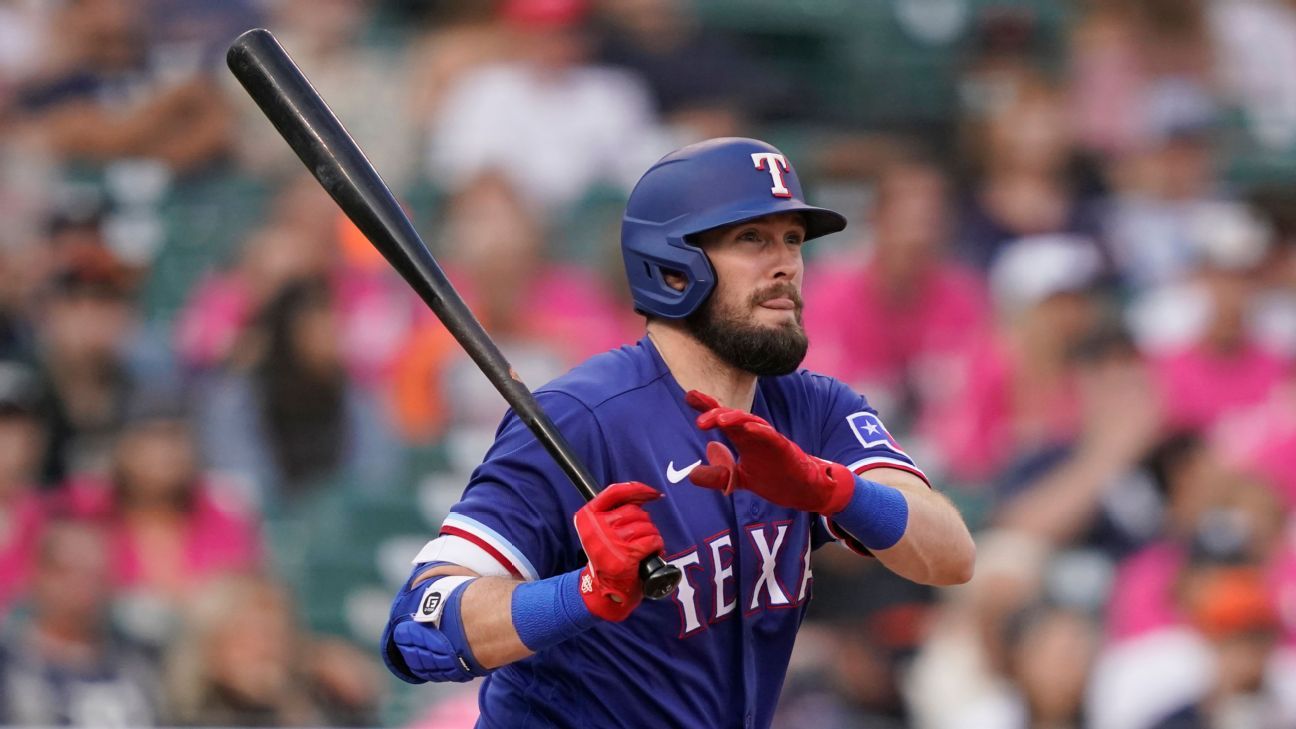 ARLINGTON, Texas — Former All-Star outfielder David Dahl was designated for assignment Monday by the rebuilding Texas Rangers, who added DJ Peters to their roster after getting the outfielder on a waiver claim from the Los Angeles Dodgers.

Dahl hit .210 with four homers and 18 RBIs in his 63 games with the Rangers, who signed the 2019 National League All-Star for $2.7 million last winter. He was coming off right shoulder surgery then, and Colorado didn’t offer him a contract. The 27-year-old Dahl missed all of June for Texas with rib cage and upper back issues.

“We, over the past week, have really kind of defined where we are and where we’re going, and the opportunity to give at-bats to some of our young carry-forward pieces,” general manager Chris Young said. “I think we had determined that David is not going to be that moving forward and the decision was made to cut ties.”

Third-year Rangers manager Chris Woodward said the move with Dahl was performance-based, along with the opportunity to add Peters.

Woodward was the third-base coach for the Dodgers before taking the Texas job and is familiar with the 25-year-old Peters, who made his big league debut this season. He hit .192 with one homer in 18 games for the defending World Series champions.

“This kid’s talented,” Woodward said. “I know the kid personally, so I know this kid’s a worker. He plays hard, he plays with his hair on fire, he’s got a ton of talent. And I think it’s worth taking a chance.”

Peters should get a chance at more consistent playing time in Texas than he did with the title-contending Dodgers. The Rangers expected him to be available for Monday night’s game against the Los Angeles Angels.

In need of pitching depth, Texas also Monday selected the contract of right-hander Jimmy Herget from Round Rock, and optioned right-hander Demarcus Evans to that Triple-A team after he pitched in two of the previous three games for the Rangers.

“We need a pitcher. D-Train’s has been pretty good since he’s been up,” Woodward said. “We let him know everything he’s done up to this point, he’s been a true professional through it all, worked hard. He’s done everything we’ve asked. And it wasn’t performance-based. It was just necessity at this point.”