A-LEAGUE great Archie Thompson says it could be time for Perth to consider whether Kenny Lowe is the coach to take them forward.

Off the back of a lacklustre loss to Wellington, the Glory sit in eighth place — seven points out of a finals spot.

“We’re not questioning Kenny Lowe as a person — he’s one of the most colourful characters you could have in the A-League and I love watching his interviews after,” Thompson said on Fox Sports’ Just for Kicks.

“But there comes a time where you’ve got to go ‘okay, is he actually really the man that’s going to take this club forward?’

“When things go a little bit pear-shaped even more, they’re still what six, seven points out of the six, I don’t know … because I still look at that team sheet and I still see the players that they have, I still believe that they’re good enough.

“That’s where you’ve got to maybe question ‘okay, is the coach good enough?’”

“There’s obviously a lot of talk around Kenny Lowe and ‘is he still the right man for Perth?’” Zelic said.

“But there certainly have been games … where you’ve thought to yourself ‘what are they doing? What is going on?’

“I mean, I was down in Adelaide when they went up 1-0 and then their defensive line was just high and really allowing the opponent to get in behind.

“And then you saw last week against Wellington, they were just so deep and allowed the Phoenix pretty much to attack them.”

Zelic said the players also needed to take responsibility for the Glory’s predicament.

“But I feel as well, players have to take responsibility too — I mean, you can’t blame Kenny Lowe for Castro’s penalty miss last week. I mean, if he puts that away, they’re up 2-1 (and) it’s a different game — they probably go on to win the game.

”So there certainly are aspects there where of course Kenny Lowe must do better with his tactics and game strategy and getting that defensive line right. But like I said, players really do have to take responsibility as well.”

Thompson said Diego Castro’s attempted panenka — which landed in the arms of Phoenix goalkeeper Tando Velaphi — was a “coach-killer.”

“This is where players have to take responsibility … you’ve got an opportunity to win a game against Wellington, which puts you in a position where you could be in the top six,

“I’m a massive fan of Castro and I love the way he plays and without him in that team, I’d hate to think where they’d be.

“But for him (to try the panenka penalty) when a team’s lacking confidence and you try that, it’s obviously confidence or a bit of arrogance, not when you’re fighting for a win against Wellington to push you into the top six, or close to the top six, with 10 minutes to go in a game and then suddenly they go up the other end and score — I mean, that’s a coach-killer.

“I remember saying on Saturday night that’s where the players have got to take responsibility.

Sydney drew 2-2 with Shanghai Shenhua on Wednesday night, with the Sydney Derby this Sunday night.

“If Western Sydney are going to beat this Sydney team, I think it would be this weekend,” Thompson said on Just for Kicks.

The former Victory star said backing up from ACL games was tough.

“It’s tough, I’ve done that many a time where you’ve got to back up — play a game, fly over to Asia, play another game then back it up pretty much 48 hours after,” he said.

“It’s not easy, it takes its toll.

“But I think that’s been what we’ve been talking about coming into this period … it’s gonna be testing the depth of Sydney and Victory — so it’ll be an interesting one.

Former Socceroo Ned Zelic said the Wanderers needed to capitalise on their opportunities against the Sky Blues.

“They will feel confident coming into this game … because of the fact that Sydney obviously have the issue with travelling and all the rest,” he said.

“But certainly it’ll be really important how they start. And if the Wanderers can get on top of Sydney early, then they really have to capitalise.

“And that’s been the case in quite a lot of games this season, where teams have started well against Sydney but they just haven’t been able to capitalise.”

Canberra’s latest bid for an A-League licence is taking shape.

The capital city currently has a highly-successful W-League team, Canberra United, plus a National Youth League side.

According to a Fairfax Media report , the bid is headed up by Canberra business analyst Jeff Williamson, who believes there is enough appetite for football in the area to make a team financially viable.

If the bid was successful, the team would look to secure Canberra native, and Melbourne Victory captain, Carl Valeri as a marquee player.

They would also look to put the team’s name, colours and logo to a public vote.

HOW SYDNEY RECRUIT COULD HAVE JOINED WSW

SYDNEY FC recruit Fabio Ferreira has revealed he was approached by the Wanderers before signing with the Sky Blues.

Ferreira joined Sydney FC as a free agent off the back of leaving Malaysian club PKNS.

He confirmed Wanderers coach Josep Gombau had approached him, before he decided to sign with Sydney — due to the prospect of competing for silverware, plus Sydney’s potential to make his move a permanent one.

“He (Gombau) spoke with me and we had a little talk. There was interest but it didn’t go much further,” Ferreira told Fairfax Media .

“Sydney FC is one of the big clubs in Australia.

“They have a great team and great players and I had this chance to be a part of this club so I couldn’t be happier and I couldn’t be more excited to join this club in this league.”

Ferreira is set to make his debut for Sydney FC in this weekend’s Sydney Derby.

BOZANIC TO DEBUT FOR CITY

Oliver Bozanic will make his Melbourne City debut against Perth Glory on Saturday night but there’s still no certainty as to when stricken club captain Bruno Fornaroli will return to full-time A-League duties.

Fornaroli spent six months recuperating from an ankle injury before returning to action in City’s last-out loss to Sydney FC.

After a bye last weekend, hopes were high the Uruguayan golden boot winner might be ready to lead City’s line once more.

While Fornaroli will travel to Perth, coach Warren Joyce is unsure whether he’ll be playing.

“We still have to monitor him on a daily basis … he’s not progressed as quickly as we’d like,” Joyce said.

“At the start of this week he was sore again and wasn’t able to train properly.

“Having had half an hour in the last game you’re hoping that he’s tracked in a lot better and a lot further.

“You just want him fit and pain free and back to his best … but you can’t just wave a magic wand.”

In his absence Marcin Budzinski is likely to continue up front, with Bozanic partnering Luke Brattan in midfield with Osama Malik unavailable. Malik was injured in the warm-up during Sydney FC’s 4-0 thrashing of City a fortnight ago, and has only just progressed to running.

Joyce says throwing Bozanic straight in was less than ideal.

“We can’t beat around the bush with him … ideally we’d have liked for him to have played more football — and I’m sure he would as well — but you’ve not got time to play catch up,” he said.

“He’ll start the game and we’ll see how long he manages and how he deals with that.”

Melbourne Victory coach Kevin Muscat has backed his players to dig deep and get a result against Adelaide United to end a month of A-League pain.

“Tomorrow night has it’s own difficulties with everything around it. We’ve got a resilient group with some tough characters in that group and we’re going to have to stand up tomorrow night,” he said.

“(Losing three in a row) is a genuine issue.

“We maybe looked and thought we could be in a better position at the start of the season than what we are now.

“But the reality is we are where we are.

“I’m getting on with my responsibilities. At this point in time it sounds like our season’s over with all the commentary and talk but there’s still seven games to go.”

After being booed by Victory fans on their last-out loss in the league, a 2-1 defeat by Brisbane Roar, Muscat said he’d like more encouragement from the stands — with a quid pro quo from his players.

“By all accounts there’s going to be a decent crowd here tomorrow night. What I will say is the players need our fans to support them and get behind them,” he said.

“The flip side of that is the fans need the players to go out and put on a performance to make them happy. That’s what we’re going to be trying to do tomorrow night.”

HOW SLIPPERY FISH CAN GET ROAR IN THE FINALS MIX

Aloisi had ruled out a move for the 32-year-old two weeks ago but said he had no hesitation changing his mind once he saw how sharp the ‘Slippery Fish’ was in training.

The Brazilian-Australian cult hero, who has played in all three of the club’s A-League grand final wins, will make his Roar return in his familiar super-sub role against Newcastle at Suncorp Stadium on Saturday.

“I haven’t seen Riki this motivated or sharp for a long time,” Aloisi told reporters.

Henrique was invited to train with the Roar this week with a view to a potential deal for next season.

But despite not having played a competitive match since June, Henrique was in such good condition that Aloisi sought to sign him straight away.

The next seven matches will double as an audition for a longer-term contract, with Henrique keen to move his family back to Brisbane.

It’s been a tough season for Roar supporters but Aloisi tipped they will be abuzz when Henrique is sent into the fray against the Jets.

“In my first season here … every time we were bringing him on as a sub, he just gave the crowd a lift and automatically, that gives the players a lift,” Aloisi said.

“Actually, I could see the opposition defenders … I wouldn’t say (they were) scared but they knew what to expect from him.

“He loves the club, he loves being around this environment, he still believes we can make the finals and win.

“He was ticking all the right boxes for me.”

Switzerland-born Fritz Schmid has been appointed head coach of the New Zealand men’s soccer team on a four-year contract.

Schmid, whose previous role was as technical director of the Malaysian Football Association, is a former assistant coach of the Austria national team.

He was also an assistant at FC Basel between 2002 and 2009 when it won the Swiss Cup four times and twice qualified for the UEFA Champions League.

Schmid will first lead New Zealand in a friendly against Canada in Spain next month. 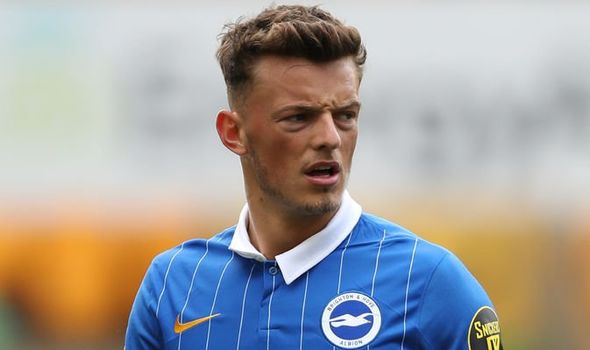 Ben White was a late inclusion in England’s Euro 2020 squad this summer. 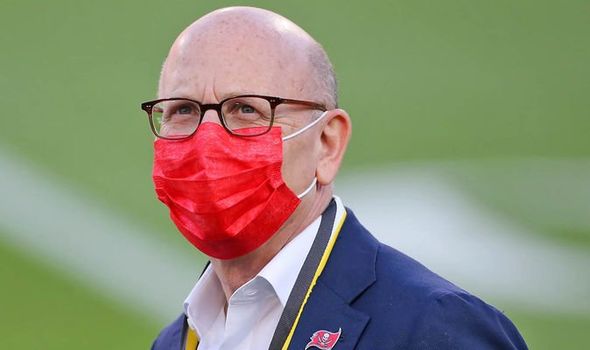 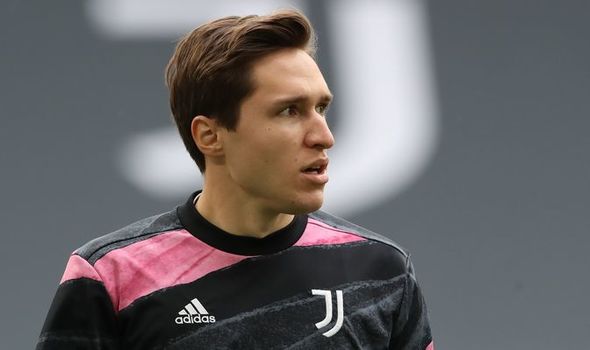 Juventus forward Federico Chiesa has been heavily linked with a summer move to Anfield.