SYDNEY FC star Adrian Mierzejewski has eyes on filling the one accomplishment that is missing from his glittering CV, while doctors will utilise new technology when assessing concussions in Russia.

The 31-year-old has lit up the A-League this season, scoring 12 goals and laying on seven assists in 18 games for Graham Arnold’s all-conquering side to shoot into Johnny Warren Medal favouritism.

His hot form is making news back home in Poland, raising the possibility of a return to the international arena for the first time since October 2013. If it happened, he would become just the second player from outside Australia or New Zealand to have been selected for a World Cup while playing for an A-League club.

Dwight Yorke captained Trinidad and Tobago at Germany 2006 after a season with the Sky Blues but nobody has done it since.

Mierzejewski hasn’t always been willing to talk about his World Cup chances – the last time he was asked by Fox Sports, he abruptly responded: “Next question, please.” But speaking to the A-League website, he said a World Cup appearance – one of the few tournaments missing from his resume – was squarely on his mind. “The coach has his team. I think there are maybe two or three spots still open,” Mierzejewski said.

“I still dream about it. Maybe I will get a chance but realistically I am 31 now and I know maybe it will not come.

“I am happy with my CV – I played in the Champions League, Europa League and European Championships.

“This World Cup would be perfect but let’s see. Not everything depends on me.” Poland have been drawn in a tough Group H alongside Senegal, Colombia and Japan. It is the country’s first World Cup since 2006.

WORLD CUP DOCTORS TO USE VIDEO TO ASSESS CONCUSSIONS

World Cup teams have been told video replays will be extended to their doctors to assist the diagnosis of injuries, including concussions.

FIFA’s top medical official told The Associated Press that a second team doctor will be allowed access to match footage to evaluate injuries in real time to supplement any on-field diagnosis.

It is the latest sign of FIFA embracing technology, with video assistant referees set to make their World Cup debut at the June 14-July 15 tournament in Russia.

FIFA is strengthening procedures to treat head injuries following cases at the 2014 World Cup where players tried to stay on the field after a concussion. Doctors from the 32 finalists in Russia were briefed on the changes at meetings in the Black Sea resort of Sochi by FIFA medical committee chairman Michel D’Hooghe “To help the doctor we have now introduced a system whereby an assistant of the doctor or a second doctor will sit in front of a television screen and can help the doctor in taking his decision,” D’Hooghe told the AP, “because he can review very clearly, very concretely what happened on the field, what the doctor sitting on the bench perhaps could not see.

“This is a supplementary help for the doctor to make his diagnosis and to say if (the player) can go on. This is the first time that we will try it. I am confident that it will certainly be a help for the medical care of our players.” Soccer is emulating professional rugby, which already uses video reviews to check incidents where concussion is suspected.

Team doctors embraced the move to improve player welfare by placing a medic with a monitor in the media tribune.

“It’s called video assistant replay medical,” Egypt team doctor Mohamed Abou Elela Aboud told the AP. “During the game, team physicians are sitting on the flat level … so maybe the impact cannot be seen. It’s much better to see (on replays) because you have very little time to assess and to do the questionnaire and tests regarding the concussion.” This will be the first World Cup where games can be stopped for three minutes to fully assess head injuries.

“In Brazil we had problems in cases of concussion where at a certain moment the doctor asks for the replacement of a player and the player says, ‘No I want to go on,”’ D’Hooghe said.

“So that was a little bit of a chaotic situation. Now we have a new rule, the three-minute rule.” That gives more authority to the doctor to determine the impact of a collision. “After these three minutes the referee only looks at the doctor, he doesn’t look at the player who could have been unconscious,” D’Hooghe said. “In the case of a serious health problem it’s logical the doctor decides.” Medical staff can now also intervene without the say of the referee if they suspect a sudden cardiac arrest.

“When a player collapses without any contact then a doctor can immediately go on the field,” D’Hooghe said. “In that situation the first two minutes are the most important ones. ”

France star Kingsley Coman was injured in a collision with Leckie in a Bundesliga match between the Aussie’s Herth Berlin outfit and the Frenchman’s Bayern Munich.

The forward could miss the rest of the domestic season after requiring surgery on his ankle following the injury.

“French international Kingsley Coman suffered a rupture of the syndesmosis ligament above the left ankle during Saturday’s 0-0 draw against Hertha Berlin,” Bayern said in a brief statement.

“This resulted in a follow-up on the following day. Already this Monday, Coman was in Tubingen, where Dr Ulrich Stockle operated successfully.

“The 21-year-old will be out for several weeks.”

Coman is now in doubt for the World Cup, in which his France side will take on the Socceroos as well as Peru and Denmark in the group stage. 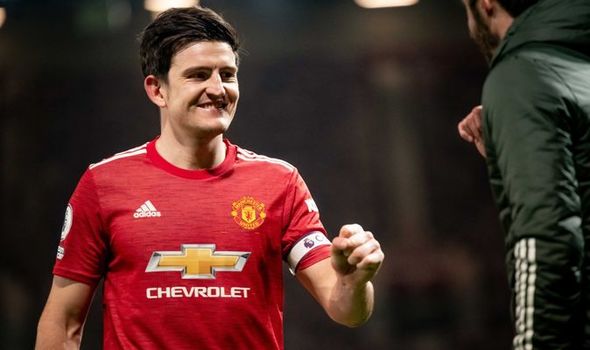 Manchester United captain Harry Maguire has taken to social media in response to the club pulling out of the European Super League.

The madness started with Real Madrid president Florentino Perez claiming the Super League was the only solution to “save football”.

Then it was Fifa president Gianni Infantino, firing his warning shot to the rebel 12.

Then came three days of chaos.

By mid-morning, Prime Minister Boris Johnson was personally promising to bring the plot crashing down.

Then we heard Uefa chief Aleksander Ceferin urging the Premier League’s “dirty half dozen” to own up to their “mistake” and apologise to the fans who “bleed themselves dry” for their football clubs.

And that was just the start of football’s longest day, a battle for the soul of the game that ended with the bodies of the victims strewn over the Premier League clubs’ boardroom table, The Sun’s Martin Lipton reports.

Turning and fleeing like whipped little dogs, Manchester City and Chelsea have both claimed to have been the first English clubs to pull out of the doomed attempt to rip the heart of football.

City, Chelsea, Manchester United, Liverpool, Arsenal and Tottenham were part of 12 leading European clubs to sign up to the breakaway league on Monday (AEDT).

But reaction to the incendiary scheme was scathing, with politicians and football authorities threatening to take legal action against the so-called “dirty dozen” and potentially ban them from domestic leagues.

Chelsea owner Roman Abramovich is reported to have led the Blues’ charge out of the Super League after the severity of the blowback.

The Sun reports the Russian billionaire was “shocked to the core by how quickly everything had fallen apart” as a source told the publication he “had no idea that there would be such a backlash”.

He was also allegedly furious he hadn’t been warned about how harsh the reaction would be to the proposal.

The Guardian reported Ambramovich “took the first step” to remove Chelsea from the Super League by telling the club’s executive to begin drafting plans to pull out.

“This was a case of a man known for looking notably unimpressed by most things taking a look at the collapsing edifice around him and thinking: ‘Right, this is done’,” Barney Ronay wrote. Rumours swirled about Chelsea’s backflip, but City had already announced their withdrawal before Abramovich’s decision was made public.

Abramovich is valued at A$19.17 billion by Forbes and is a key figure in where English football sits right now. His take over of Chelsea in 2003 eventually led to Sheikh Mansour’s take over of Manchester City with both clubs pouring money into the sport, forcing Manchester United, Liverpool, Arsenal and others to do the same.

For the other clubs that joined the break-away plot, the shame and humiliation is multiplied by their decision to crawl back to the Premier League.

It was too much for Manchester United’s under-fire executive vice-chairman Ed Woodward to survive with the club announcing he will leave the club.

Tottenham chairman Daniel Levy is also among the figures to have been most mutilated by the scandal, after the group of 14 Premier League clubs remaining with the league passed on a message that the dirty six were “destroying” the game.

When the representative for the 14 remaining clubs spoke publicly about his conversation with Levy, there was no sympathy for the Tottenham boss’ contrition.

“We are all still seething at what has gone on. Every single one of us. There is no sympathy at all for Levy, or anyone else involved,” a source from within the group of 14 clubs told The Sun.

“They are the ones who put us in this position because of their greed.”

Within 48 hours of the first pawn being moved across the chess board, it was over, leaving just the victims. Some have just lost their reputations.

Others their pride. A few — with more to come — their jobs. But none of them have escaped uninjured.

And while City and Chelsea did the right thing first, the fans who laid siege outside Stamford Bridge and condemned the Etihad hierarchy they have so often rightly praised, will long remember.

One by one, as the dominoes fell, English clubs explained why they were backing down.

In a statement, Manchester City said: “Manchester City Football Club can confirm that it has formally enacted the procedures to withdraw from the group developing plans for a European Super League.”

Manchester United said it had “listened carefully to the reaction from our fans, the UK government and other key stakeholders” while Liverpool said: “In recent days, the club has received representations from various key stakeholders, both internally and externally, and we would like to thank them for their valuable contributions.”

Arsenal said what everybody was thinking. “We needed no reminding of this but the response from supporters in recent days has given us time for further reflection and deep thought,” the Gunners’ statement said.

“It was never our intention to cause such distress, however when the invitation to join the Super League came, while knowing there were no guarantees, we did not want to be left behind to ensure we protected Arsenal and its future.

“As a result of listening to you and the wider football community over recent days we are withdrawing from the proposed Super League. We made a mistake, and we apologise for it.”

Tottenham chairman Daniel Levy tried to justify why Spurs got involved in the first place.

“We regret the anxiety and upset caused by the ESL proposal,” Levy said. “We felt it was important that our club participated in the development of a possible new structure that sought to better ensure financial fair play and financial sustainability whilst delivering significantly increased support for the wider football pyramid.” 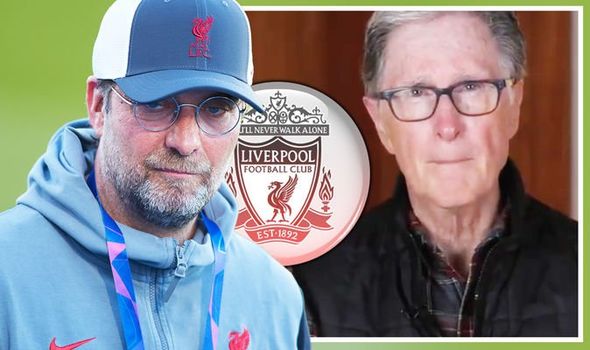