FORMER Arsenal striker Ian Wright has called on struggling manager Arsene Wenger to step down as reports suggest succession planning at the club has already begun.

The Frenchman, under contract at the Emirates until 2019, is under increasing pressure after his team’s abject display in Sunday’s 3-0 League Cup defeat against Manchester City — their sixth loss in 12 games this year.

Arsenal are 10 points adrift of fourth-placed Tottenham in the Premier League and look likely to miss out on Champions League football for the second consecutive season.

“There are excuses (from Wenger) and he is mollycoddling a team,” Wright told BBC radio.

“Whether he stays at the end of this season, I could not make a case. I am not sure anyone can. This development of mediocrity has to be arrested.”

“The owner has to take a lot of blame for this,” he said. “Kroenke does not care. If he cared, Wenger would not have got a two-year deal.

“Everyone else can start to see that is it getting to a point where Wenger needs to go. The owner has to be here, find out what is happening, how is this working, what are we going to do, how are we going to get back to where the fans want us to be.

“The fans have been saying it for years but no-one is paying any attention to them. The owner has not done anything and has given Wenger carte blanche to carry on.”

Former Arsenal centre-back Sol Campbell added: “Arsenal have leadership and coaching issues which they’ve got to look at.

“They need to ask if the players cared about that particular game – or were they believing, when they walked out, that they’d lost the game already?

“If I was still there, I’d be trying to sense that before it started to happen, to see what kind of player and human being I had at the club.

“You can develop a stronger mentality within certain players, but they’ve got to want to pick it up as well.

“You’ve got to look at the individuals, as well as the whole team, and not allow things to continue if you know deep down that is not the way to play for Arsenal.”

It is being widely reported in the British press that the club have drawn up a shortlist of seven names with The Mirror reporting the off-season as “the biggest threat to Wenger’s job in his 22-year reign”.

Britain’s Daily Telegraph newspaper reported that Wenger’s position would be reviewed at the end of the season but said that Monaco manager Leonardo Jardim and former captain Mikel Arteta were among replacements being considered.

The Sun said Celtic boss Brendan Rodgers, Arteta and Germany head coach Joachim Loew were at the head of a seven-man list.

Club icon Thierry Henry and veteran mentor Carlo Ancelotti are mentioned, while the wildcard is Paulo Fonseca, a Portuguese manager who has done well with Shakhtar Donetsk in the Champions League.

Henry, 40, who is a member of Belgium’s coaching staff, said after the Wembley defeat on Sunday that it would be a “dream” for him to manage Arsenal one day.

But Wright urged caution over appointing the man who overtook him as the club’s all-time leading goalscorer.

“Arsenal are not in a position where they can go from someone like Arsene Wenger, who we love so much, yet who you mention to some people in the fan base and their faces screw up.

“They are so angry. I would not want that to happen to Thierry, because he has taken the job straight after Wenger.”

JARDIM: It says much about his work at Monaco that his squad has been looted and dispersed to some of Europe’s biggest clubs this season after they toppled Paris Saint-Germain to win Ligue 1 last season and ran deep into the Champions League. The 43-year-old is under contract until 2020.

HENRY: The romantic gamble should Arsenal look to turn to a club icon to rescue the toxic mood around the Emirates. But Henry’s biggest coaching experience is only as an assistant with Belgium’s national side.

ARTETA: The former club captain is learning his way as Pep Guardiola’s assistant and is highly rated. The 35-year-old spent five seasons as a player at Arsenal, ending his career in London after a long tenure at Everton.

RODGERS: The Norther Irishman has re-built his reputation at Celtic after being dismissed by Liverpool, and has a contract until 2021. He was almost the man to guide Liverpool to a drought breaking title win, so despite his success with Celtic, can the lure of that elusive PL title lure the 45-year-old back to England?

ANCELOTTI: An old hand who is currently available after leaving Bayern Munich, the 58-year-old is a consumate winner, but is he the man to re-build Arsenal?

LOW: The Germany national team boss takes his country to Russia to defend their World Cup crown – his sixth major tournament in charge of Die Mannschaft. Is it time for a challenge at club level? He has shown an ability to mix eye catching football with a match winning ruthlessness, but with a World Cup to focus on, it makes links for a move this season hard to believe.

FONSECA: Shakhtar reportedly turned down an overture from Everton, but could Arsenal up the ante in the pursuit of the former centre-back? He is out of contract in Ukraine at season’s end. “All coaches want to go to England and I am one,” he told the Telegraph in October. “I have this dream and I believe this can happen. If it’s soon or not, I have this dream.” He progressed to the perennial Champions League club from Braga and Porto.

Over 1,000 fans gathered outside Chelsea’s Stamford Bridge stadium to protest against the Super League plan ahead of Tuesday’s Premier League match against Brighton.

Less than two hours after the protesters made their feelings known, it was first reported that Chelsea are preparing documentation to become the first club to withdraw from the competition.

Former Chelsea goalkeeper Petr Cech, now the club’s technical advisor, had come out of the stadium in a bid to persuade fans to clear the roads before news of their impending withdrawal broke.

Cech was heard shouting “give us time” before being drowned out by angry protesters.

Chelsea are set to join Manchester City and withdraw from proposals for a European Super League after a furious backlash against the controversial plan.

Chelsea was one of 12 leading European clubs to sign up to the breakaway league on Sunday.

But reaction to the incendiary scheme has been scathing, with politicians and football

authorities threatening to take legal action against the so-called “dirty dozen” and potentially ban them from domestic leagues.

However, reports have emerged that Atletico and Barcelona are both also considering withdrawing.

Chelsea decision to backtrack alongside City could spark the collapse of a project that has sparked outrage across the continent. 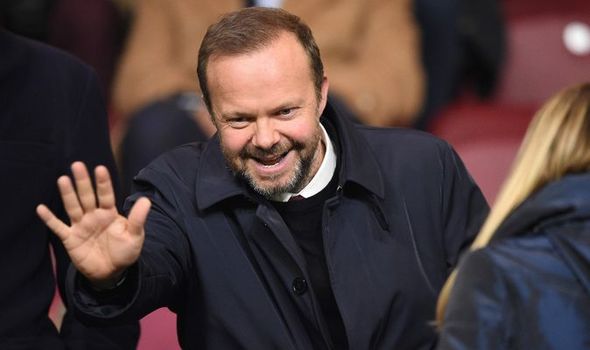 Chelsea and Manchester City were the first to baulk with Manchester United, Arsenal, Spurs and Liverpool following suit shortly after.

It followed angry backlash with politicians and football authorities threatening to take legal action against the so-called “dirty dozen” and potentially ban them from domestic leagues.

Here’s how the football world reacted.

Manchester United and England legend Gary Neville led the chorus of criticism on Monday, launching a scathing monologue on Sky Sports saying he was “disgusted” by the shock move and blasting the clubs involved — including his own beloved Red Devils.

The ex-defender turned pundit was laughing on Wednesday though as he shared a photo to Twitter of him toasting the Super League’s demise.

He also posted a gif of dominoes falling as he rejoiced in the chaos.

Neville then went on Sky Sports in the UK and declared the position of Liverpool’s owners untenable.

“Jurgen Klopp has thrown them under the bus,” he said.

“Their own captain has thrown them under the bus. I don’t see how FSG can continue. I don’t see a future for the ownership of FSG at Liverpool. I really don’t.

“They’re just making it worse for themselves the longer they hang in.”

Liverpool icon Jamie Carragher poked fun at how quickly the Super League has fallen to pieces.

He also warned Liverpool’s owners, Fenway Sports Group, have “no future” at the club.

“I actually think the situation with Liverpool’s owners is that l don’t see how they can continue.

“They can’t just leave the club, obviously, the business is worth a lot of money.

“But I don’t see a future for the ownership of FSG at Liverpool on the back of this.”

Plenty of current players were speaking out too. Liverpool stars including Jordan Henderson, James Milner and Trent Alexander-Arnold shared the same club post on social media, which read: “We don’t like it and we don’t want it to happen. This is our collective position.

“Our commitment to this football club and its supporters is absolute and unconditional.”

It ended with the words of Liverpool’s famous anthem: “You’ll Never Walk Alone.”

Liverpool royalty Sir Kenny Dalglish added: “The last few days have been difficult for everyone who loves Liverpool Football Club and I really hope we do the right thing.”

City star Raheem Sterling was happy to see his side leave.

Chelsea icon John Terry praised fans who protested outside their home ground of Stamford Bridge ahead of a match against Brighton. On Instagram, he wrote: “Unbelievable from the supporters tonight. The fans have spoken, now Chelsea FC, do the right thing and be the first team to leave!”

“If you ignore that you kill the domestic leagues, so fans would never accept that.”

Even England Prime Minister Boris Johnson weighed in, taking to Twitter to encourage the rest of the clubs to follow Chelsea and Manchester City by pulling out.

“The decision by Chelsea and Manchester City is — if confirmed — absolutely the right one and I commend them for it,” Johnson tweeted.

“I hope the other clubs involved in the European Super League will follow their lead.”

Share prices of Manchester United and Juventus fell on Tuesday as the proposed European Super League was threatened following a furious backlash from fans.

And in Milan, Juventus lost 4.2 percent after ending the previous day at its highest level since September 2020.

“Juventus and Manchester United shares have both come under pressure after the gains of yesterday, as it becomes apparent that even within the various Premier League clubs support amongst the players appears lukewarm at best,” Michael Hewson of CMC Markets UK said.

Social media had a field day with the news. UFC megastar Conor McGregor chimed in, taking a crack at Manchester United.

“Hey guys, I’m thinking about buying Manchester United! What do you think?” he tweeted.

American football writer and podcaster Grant Wahl said: “Watching the Super League collapse in real time is one of the most enjoyable Twitter experiences I’ve ever had.”

Spanish side Sevilla FC and Dutch club Ajax certainly enjoyed watching the Super League burn to the ground, mocking the backflip as others joined in.