SYDNEY FC are without their first choice fullbacks and captain Alex Brosque to face Western Sydney Wanderers in the final Sydney Derby before Allianz Stadium gets rebuilt.

With Michael Zullo injured and Luke Wilkshire suspended, Graham Arnold has also opted to start Matt Simon up front alongside Bobo, while Jordy Buijs returns to the starting XI.

Watch the Sydney Derby live on FOX SPORTS 501 from 6.00pm AEDT, or stream online by following the link below.

Be it biased or neutral, never-before has such regular entertainment been offered by the A League. Only coaches’ stress levels are suffering. But they know the deal.

Nights like Saturday, with Adelaide withstanding a withering Wanderers comeback, and Western United’s miracle at Marvel, are becoming the norm. The most creative, those with the least amount of fear, are prevailing.

There is an absolute intent to be positive and pragmatism is a rare fallback option.

And one rule is helping it all.

On the whole, IFAB (International Football Association Board) is out of form. The rules committee of football has allowed hundreds of changes, some of which have made games harder to referee than they really need to be.

But the five-sub rule, brought on by COVID and the worry that normal preparation time was so altered that players’ physical status needed greater protection, is one IFAB has got right.

It has made the game better to watch, removing a layer of predictability and order. Does this upset ‘purists’? Maybe, but who are ‘purists’ anyway? Is football meant to be beholden to a concept of order and control?

Defensive, tactical master classes might get a coach going on Valentine’s Day, but what of the rest of us filling in our spare time watching this beautiful pastime? Are we, who love to be entertained, not football’s purists?

One vastly experienced A-League player thinks the five sub rule is the single biggest reason we are getting these chaotic games on a regular basis, and as a player who is usually out there for 90 minutes, the complexion of games, he feels, are hugely altered by the ability for the opposition to alter course. Fresh legs running at tired legs. Along with questionable refereeing decisions that mutate emotions, there is no greater recipe for mayhem. Long live mayhem.

No better example than the weekend, when a fresh Pacifique Niyongabire got rid of an understandably fatigued Keanu Baccus to set up Mohammed Toure for Adelaide’s third, and ultimately game-winning, goal.

Toure is one of the most watchable players in the league and he’s built that reputation this season predominantly off the bench, starting just two of nine games. Alou Kuol too. There are two acts to every Mariners game.

Act One; the first hour. Alen Stajcic’s side look to assert their plan through Oli Bozanic, create through the likes of Danny de Silva and Marco Urena. They are building, building pressure and tension for the opposition

Act two; Kuol time. With about an hour gone, Kuol is introduced. He throws himself around like Jackie Chan in a bad spot. Although the Mariners are still reliant on the aspects of the first hour, the game has an added dimension. Mayhem ensues. Long live mayhem.

Once COVID finally clears, FIFA would like all leagues to go back to the traditional three sub rule. Those running the A-League want to keep five.

Much to same as when a child ignores the direction given by a parent, the parent won’t take it well.

Discussions with FIFA will be delicate. Sure, the five subs might be allowed to stay, but rest assured when FIFA feels like it is not being obeyed, there is always a next time. Which is fascinating in itself. Which is someone else’s problem.

Happily now, the focus is on what should always captivate. Which at the moment is happening every week.

Even who might win this A-League feels like a sideshow at the moment. In keeping with a time in which at any given time you could be confined to your own abode for reasons beyond your control, short termism is rife.

Any side can beat any side on any given day. Not only does the trash not stink as much, but so far, there’s been no clear indication as to who the trash is. The table hasn’t been as compressed at this stage of the season – nine games in for most sides. There are 11 points between first – Central Coast Mariners – and last – Melbourne Victory.

That you could swap both sides position when it comes to commercial power only adds to the mystic building about this season, and the immediate future of the A-League.

For so long, it has been so easy to be distracted by the chaotic happenings in Australian football outside the big rectangle of mayhem.

Even when things were going well; for instance, when the Socceroos won the Asian Cup, or there was a brilliant Grand Final, Monday morning would bring a feeling of ‘oh well, that’s that done, what now’. And invariably, there’d be some crap about a board meeting, or a power grab and eyelids would droop lower.

To choose perhaps the most heartless term, there is now a ‘product’ to occupy the senses, usurping worries about how the game is run, who is running the game, who wants to run the game, all of which makes the casual observer want to run and go take up bridge, or do some knitting, or paint the house the occupy spare time.

Again, perhaps it’s the time we live in. COVID, acting like a stripping paint, has taken away the outer layer of worry about what might be, because who bloody knows anyway. Live in the moment.

Of course, football games don’t become more entertaining by virtue of a philosophical theory. Mayhem is another kind of theory, but it has clear causes, one of which is this magnificent five sub rule. 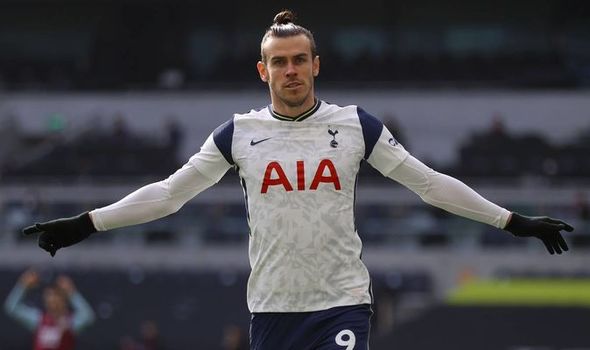 Tottenham thrashed Burnley 4-0 at home on Sunday, with Gareth Bale scoring twice and providing an assist.

Football genius or the Incredible Hulk?

World Cup-winning Spanish great Fernando Torres might have hung up the boots 18 months ago, but the former Chelsea and Liverpool forward isn’t just soaking up the Mediterranean sun.

Nicknamed El Nino during his playing days, the fleet-footed forward, who became Liverpool’s most expensive signing in 2011 ($AU 90,296,000), has undergone a body transformation since retiring.

Torres owns a number of gyms in the Spanish capital and former teammate Diego Costa is one of a number of high profile football stars to have used his facilities.

The 36-year-old has turned his attention to coaching since retiring.

He took up a coaching role with Atletico’s B team last year, which he then took over as manager in January.

But he has since stepped away from the role due to personal reasons.

Torres is expected to return to the club in March.

Torres established himself as an iconic figure during his first spell with Atletico, netting a record 82 La Liga goals in five seasons before joining Liverpool in 2007.