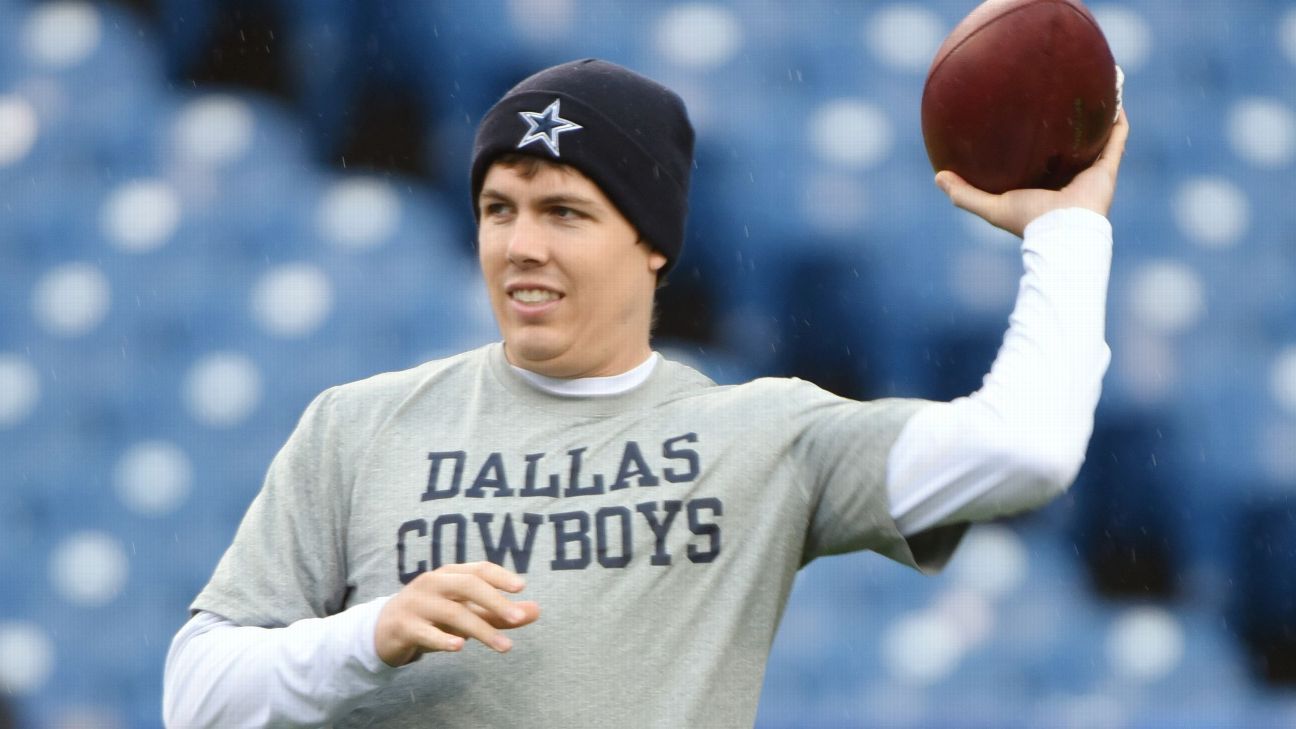 FRISCO, Texas — Kellen Moore is the new quarterbacks coach for the Dallas Cowboys after spending the previous three seasons as the backup to Tony Romo and then Dak Prescott.

Sanjay Lal, who has worked with receivers for four NFL teams over the past 11 seasons, is the new receivers coach in what could be a crucial year for 2014 All-Pro Dez Bryant‘s future in Dallas. Lal replaces Derek Dooley, who left to become offensive coordinator at Missouri.

Ben Bloom was promoted to linebackers coach, and former special teams assistant Keith O’Quinn will take over that unit.

Dez Bryant hasn’t had contract talks with Dallas Cowboys yet 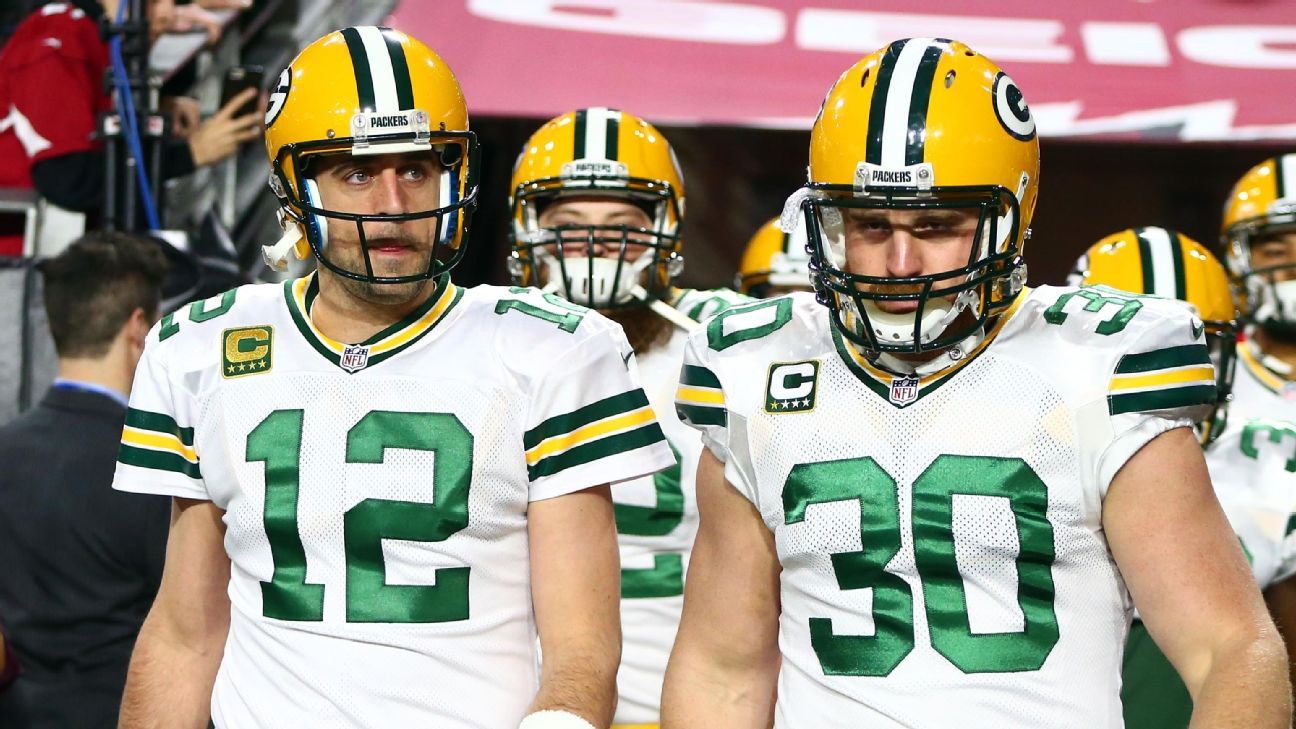 GREEN BAY, Wis. — If anyone understands what Aaron Rodgers is thinking as he weighs his NFL future, it might be former Green Bay Packers fullback John Kuhn.

Kuhn says he has talked with Rodgers since the news broke last Thursday of the reigning NFL MVP’s unhappiness with the Packers organization.

During an appearance Wednesday night on CBS Radio, Kuhn said he wouldn’t disclose the exact details of their conversation but painted a picture of a quarterback who is evaluating all aspects of the situation and hasn’t made up his mind for certain.

“He’s conflicted because this man loves to play the game of football, this man loves to be a Green Bay Packer and this man truly sees careers,” Kuhn said during the interview. “He’s watched friends leave, he watched Brett Favre’s career toward the end. He’s watched all these things play out in front of his eyes; he’s taken notes throughout his career. He’s seen some situations that didn’t feel were done or finished the way that they could or should have.

“He’s just trying to take his earned destiny within his own hands. To that effect, I actually admire him because not many players in the NFL have that opportunity. I sure as heck didn’t. I played until everybody told me ‘you can’t play anymore,’ and it’s a humbling feeling. Aaron Rodgers has an opportunity to take a little bit of that power.”

Kuhn, a regular golf partner of Rodgers’, played for the Packers from 2007 to 2015 before returning to the organization to do some media work after his retirement. The former fan favorite offered a more optimistic outlook for Rodgers’ return than a suggestion earlier Wednesday from Favre, who said his gut told him that “if there’s not a trade … [Rodgers would] rather sit out than play.”

“If I used my gut and I used everything that I hear from the Packers organization, it makes me feel really, really good,” Kuhn said. “If I used the football business acumen and see the tough spot that the Packers are in right now with that first-round pick that they used last year on Jordan Love, that’s what makes me pull back a little bit. I still think it’s somewhere around 70, 75% that Aaron Rodgers is the starting quarterback for the Packers this year.”

Kuhn said he does not believe the report that said Rodgers would not return if Brian Gutekunst remained as general manager.

“I really don’t think Aaron is that cynical of a person, no matter what differences they have,” Kuhn said. “He’s proven to the Packers brass that just because he has differences with the head coach or a general manager, it doesn’t necessarily affect his play and his professionalism. I can’t see that being a direct quote from Aaron Rodgers.

“I still believe there’s an opportunity at a resolution here. I just think it’s going to take two men that are dug in right now and try to meet in the middle somewhere they’re both happy.” 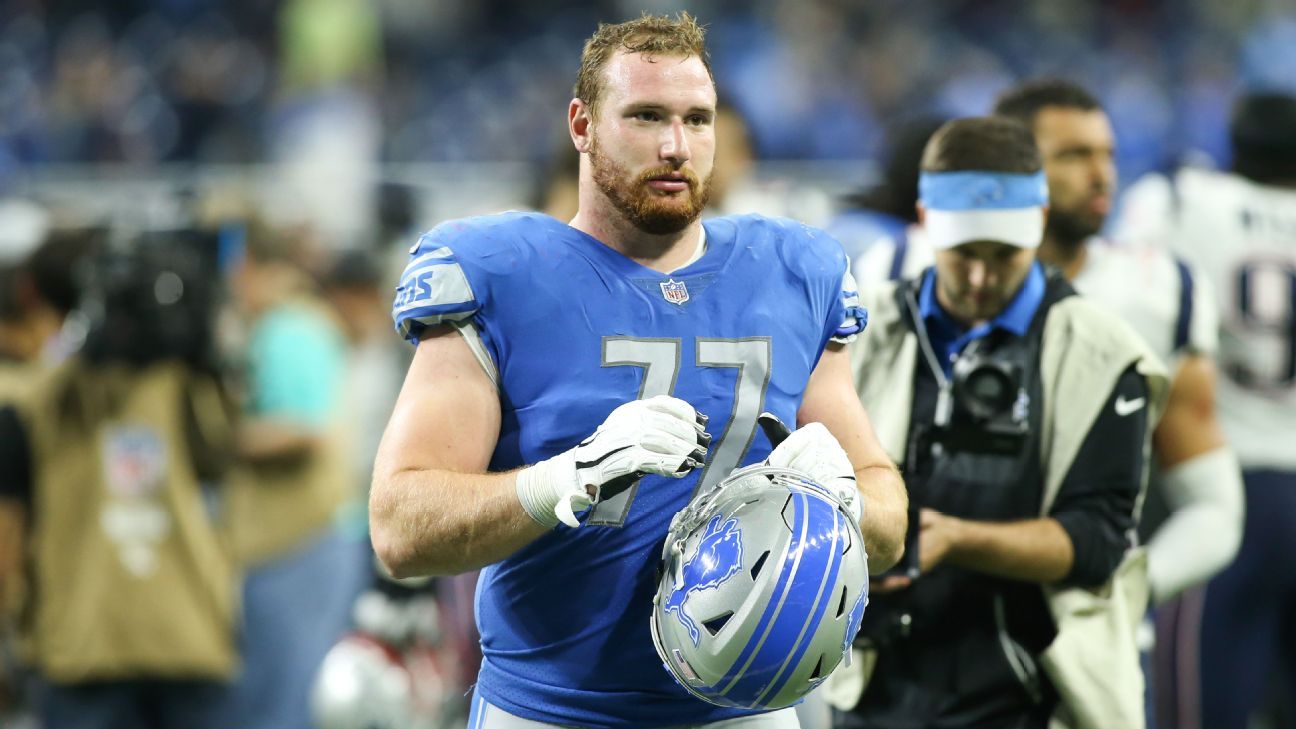 The Detroit Lions and Frank Ragnow have agreed to a four-year, $54 million contract extension that makes him the highest-paid center in the NFL, a source told ESPN’s Adam Schefter.

Ragnow, 24, is entering his fourth NFL season after being drafted in the first round out of Arkansas in 2018. He has started all 45 games he has appeared in and earned his first Pro Bowl berth last season.

He had been under contract for two more seasons after the Lions exercised their fifth-year option on his deal last week.

“He is a foundational piece because Frank is a guy that plays the game the right way,” Holmes said. “He’s everything that we look for and what we want as a Lion.”

The Lions’ front office views Ragnow as an important long-term piece as the team looks to shift its culture. This deal aligns with the Lions’ latest draft picks and offseason decisions as they try to build for the future, including drafting Oregon offensive tackle Penei Sewell and adding veteran players to surround new quarterback Jared Goff such as free-agent tight end Darren Fells, who spent the past two seasons with the Houston Texans.

He is the second first-round pick from the 2018 draft to sign a long-term extension, joining Las Vegas Raiders left tackle Kolton Miller.

“I’ll never forget when it first got announced that I got the job — Frank, he reached out immediately,” Holmes said. “I told him, I said, ‘Man, huge fan of you. You play the game the right way.'”

He is now being rewarded.

ESPN’s Eric Woodyard and The Associated Press contributed to this report.