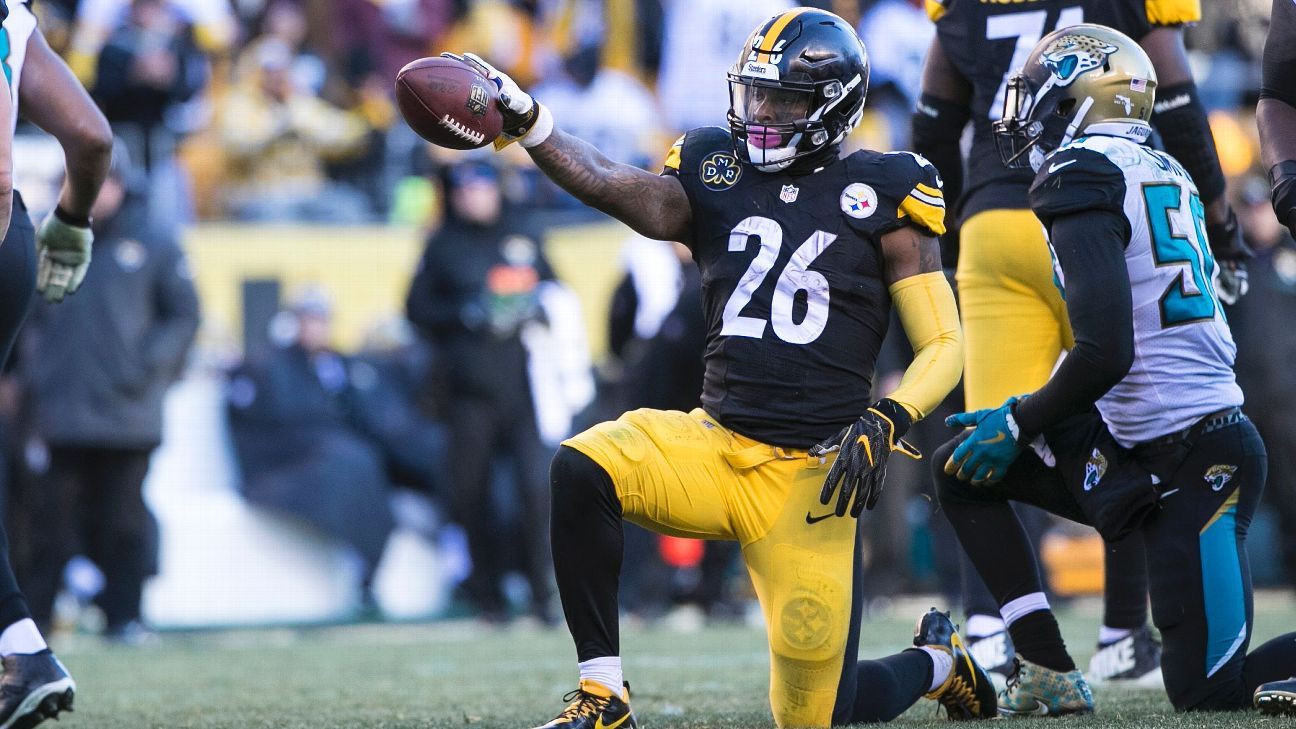 PITTSBURGH — Le’Veon Bell says he and the Pittsburgh Steelers are closer in negotiations than they were a year ago. It’s time to find out just how close.

The franchise tag window is here, and if the Steelers use the tag as expected, Bell and the team have the next five months to work out a contract.

Here’s what you need to know about what’s next:

Where things stand: Both sides have expressed optimism over a long-term deal. Negotiations still are in the early stages, but they could take flight at the NFL combine next week.

Why the Steelers likely will tag Bell: Because they are prepared to use it. They’ve budgeted for it. And because they’d be crazy to let one of their most productive players hit free agency during a crucial Super Bowl window. If no deal is reached by early March, the Steelers can apply the tag to give themselves more options — they can keep Bell as another one-year rental or continue to negotiate. The $14.5 million tag gives Bell leverage, but the Steelers can use it as a way to test Bell’s retirement claims.

Why the Steelers might try to avoid the tag altogether: General manager Kevin Colbert has said the team would prefer a long-term deal above all else. Basically, they’d rather avoid a repeat of last year, when Bell missed training camp as a result of the failure to reach an extension by the mid-July deadline. It’s cleaner this way. They have an idea of what Bell wants. If they can meet halfway, perhaps they find a sweet spot this month.

Why the Steelers appear all-in on Bell: The game’s most versatile back averages 129 yards from scrimmage per game, the highest clip over a player’s first five seasons since the NFL merger in 1970. He’s a unicorn back. He does things that you can’t duplicate in the draft. He’s an elite receiver for his position (or any position), he’s an excellent pass-blocker, he can control the pace of the game with his runs and Ben Roethlisberger is at his best when Bell is heavily involved in the game plan. And he just turned 26. The body should have at least a few good years left.

What could hold up a deal: Standard guarantees. This will be crucial to Bell, who knows the per-year payouts to big contracts only tell part of the story. For example, if a team signs a player to a five-year, $50 million deal, the guaranteed money usually dries up by year two, leaving years 3-5 as option, pay-as-you-perform propositions. The Steelers typically guarantee only the signing bonus, then it’s up to the player to keep performing. That said, they sign players with the intention of seeing them through the contract, which isn’t the standard for all teams.

Why the Steelers might be concerned: Bell’s longest run last season was 27 yards. Even Bell lamented frequent no-gain runs around the midseason point. Is his 4.0 yards per carry a byproduct of 1,541 career touches? It’s worth noting that Bell missing camp clearly affected him the first three weeks of the season, and the Steelers’ offensive line, though good, wasn’t as dominant as the previous year.

Why Bell won’t blink: Bell has made clear multiple times he considers himself a standard-bearer for a sagging running back market. He considers getting top dollar for his position his personal mission. He’s never had major money in his life until now, he says, so he plans to do this right and capitalize on his position of power. Plus, he knows what the Steelers know — they can get out of just about any deal after two years with minimal cap impact. That might involve absorbing some dead money, but shedding a large cap number would offset that problem.

Why the Steelers won’t blink: Teams usually win standoffs with running backs, and the Steelers are among the hardest bargainers. The team can offer the tag or their final long-term proposal and if Bell doesn’t take it, they throw the ball 50 times a game and toss James Conner out there. That’s not ideal, but it’s an option if they feel Bell’s price won’t fall to them.

How the Steelers can pull this off: Make what seems like a megadeal — say, $68 million over five years — manageable. Go big on the signing bonus, which prorates over the course of the deal, and bloat the fourth and fifth years as escape clauses.

A quote to remember: “The least amount of change, the better. That goes for players, coaches and everything; we don’t want big changes. We’re right there. We’re on the cusp [of a championship].” — Ben Roethlisberger to 93.7 the Fan on Jan. 16.