THE only man to take part in both the A-League and the E-League is preparing himself for a historic world first.

Melbourne Victory’s Mitch Austin is under the impression that if he manages to find the net with himself at any point during the E-League he would become the first man in history to do so at a major FIFA event.

The injured striker, who has been ruled out for the season with an ACL tear, has turned his attentions to the FFA’s newest competition, and takes on Adelaide United’s Jamie O’Doherty in the competition’s second round on Thursday evening.

If Austin manages to nab an elusive net buster with his virtual equivalent, he’ll be well prepared. The striker told foxsports.com.au, that he’s already planning his celebration for if he achieves the historic feat.

“My aim for this whole competition is to score with myself,” Austin said.

“I’m going to put myself somewhere where I can guarantee to try and score a goal. I’ve been thinking about it, I’m going to get the celebration then I’m going to go stand next to the screen where my profile comes up when you score.”

“I don’t think too many FIFA players would have scored on a big FIFA stage with themselves so I think it’d be a first so hopefully I can accomplish that.”

“It’ll be some scenes if I do score, especially tonight, Jamie from Adelaide’s been giving me a bit of stick in the group chat.”

Austin also revealed the banter-filled culture behind the competition, an element which is often synonymous with online gaming, and suggested there is a big difference between hanging out with his fellow E-League competitors and his Victory teammates.

“Yeah obviously when I’m in the football changing rooms, everyone has different personalities and different interests. Whereas when I’m here we just sort of talk about FIFA and that kind of stuff,” the 26-year-old said.

“I’m into FIFA, I come here and talk FIFA with these guys and pick up a few things. When I’m at football training we talk about football and the outside stuff and weekends all that sort of stuff. The guys here are good, I’ve only known them a week so as the tournament progresses everyone will get to know each other. We’ve got a group chat set up already, so there’s a bit of banter being thrown around in there already.”

The rise of e-Sports has been well documented, with the FFA’s launch of the E-League following the lead of a range of competitions all over the world.

“Its not just us. Everywhere is clocking onto it. The MLS are doing it, the Premier League is starting doing it and all the European leagues so they wouldn’t be doing it if it wasn’t going to be beneficial,” Austin said.

However, the league has drawn criticism, which Austin believes comes mainly from the older generation, who don’t necessarily understand what the competition all about.

“Theres negativity and I’ve read a few things on social media, people posting about the E-League hammering it and that. But I think it’s more people not understanding what the whole thing is, they just think stop talking about a computer game.”

“It’s more older people, not disrespecting the elderly, but its more older people who don’t understand it who are commenting on it. But they’re obviously entitled to their opinion but at the end of the day I think it’s going to be successful.”

A high profile A-League star who spent time at the Central Coast Mariners prior to joining the Victory, Austin’s inclusion in the virtual competition has granted heightened exposure to the E-League, something that the striker hopes will translate to more fans following football on the pitch.

“A lot of people tuned in from America and now know what the A-League is,” he said.

“My kind of aim of being involved is to maybe get some people who are into just sort of normal football and get a bit of interest by watching me and see what the whole thing is about, because a couple people have mentioned me saying its actually quite good and they’re quite excited by it.”

The winner of the inaugural league will gain selection for the FIFA interactive World Cup, a tournament which has a prize pool of AU$343,000. The tournament brings an opportunity to play the game professional, however, for Austin that golden ticket is far from his priority.

“I looked at the dates and I’m pretty sure it’s when we start pre-season. You don’t know though,” the former Central Coast Mariner said.

“100% my focus is on my proper football, that’s always been my number one that’s what I get paid to do. FIFA is a close second, it’s a passion but I think football’s going to be my number one.”

Austin’s injury rehab is coming along nicely, with his surgeon clearing him to start running and doing some ball skills this week, three months after he tore his ACL in a training mishap.

He’s been ruled out for this season, and insists he’ll be completely fit come pre-season.

Watch every game of Round 2 of the E-League LIVE on foxsports.com.au from 8pm on Thursday 22 February here. 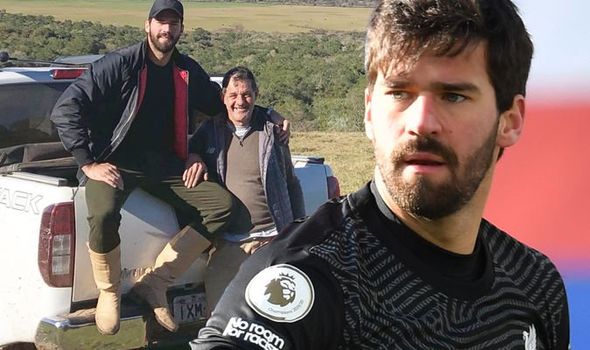 The father of Liverpool goalkeeper Alisson Becker was died aged 57.

The father of Liverpool goalkeeper Alisson Becker drowned on Wednesday while swimming in a dam on his vacation home in southern Brazil.

Jose Becker, 57, was declared missing at 5pm local time on Wednesday. He was found on the property of his holiday home near the town of Rincao do Inferno at 11:59pm after a local fire department joined the search, according to ESPN Brazil.

Alisson joined Liverpool in July 2018 from Roma in a then record fee for a keeper. He was instrumental in the side’s drought-breaking Premier League victory last season, and was named FIFA’s 2019 the Best Goalkeeper winner.

The death of the Brazilian veteran’s father is another blow to the gloveman, who has struggled for form in recent weeks – including making a pair of horrible errors against Manchester City in a 4-1 defeat.

A number of Brazilian clubs – for whom Alisson and brother Muriel have played – tweeted their condolences.

“It is with great sadness that we received the news of Jose Agostinho Becker’s death, the father of our ex-goalkeepers Alisson and Muriel,” Internacional said.

Fluminense tweeted: “The Fluminense Football Club deeply regrets the death of José Agostinho Becker, father of goalkeepers Muriel and Alisson. We wish all friends and family all the strength.”

Sao Paulo wrote: “With much regret, Sao Paulo FC receives the sad news of the death of José Agostinho Becker, father of goalkeepers Alisson and Muriel. Our condolences and solidarity with the two athletes and their families. A lot of strength and a lot of light at this point.” 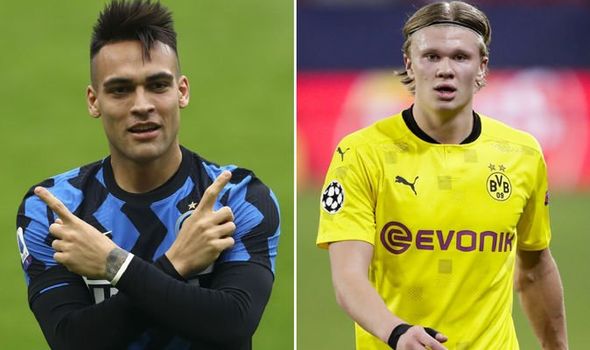 Manchester United could target a smaller pacey frontman as an alternative to Erling Haaland in the summer transfer window.