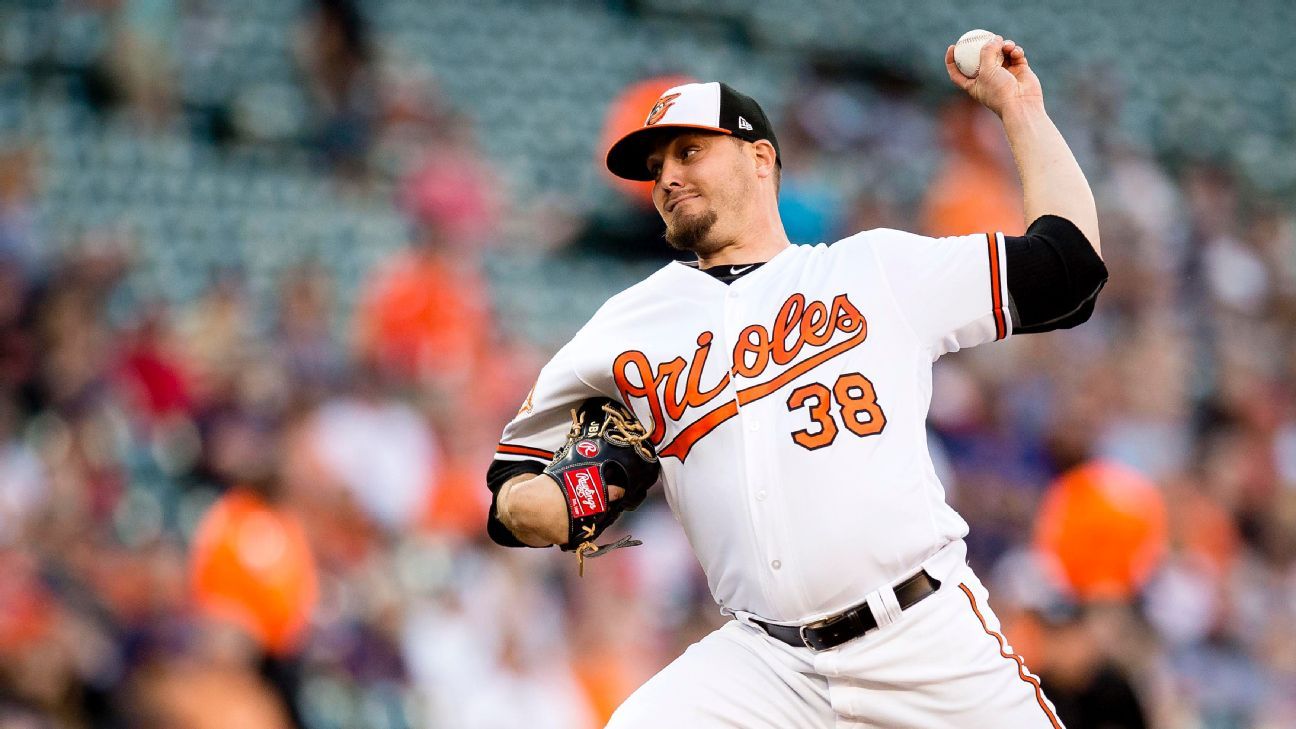 The Milwaukee Brewers have signed left-hander Wade Miley to a minor league contract, according to USA Today.

Miley, who played for the Baltimore Orioles last season, is guaranteed $2.5 million if he can make the major league team. In a contract loaded with incentives, he can make up to $5.7 million if he makes 29 starts this season.

Over a seven-year career with the Arizona Diamondbacks, Boston Red Sox, Seattle Mariners and Orioles, Miley has a lifetime record of 66-74 with a 4.38 ERA.

With the Orioles last season, Miley had the worst season of his career, with an 8-15 record and a 5.61 ERA. 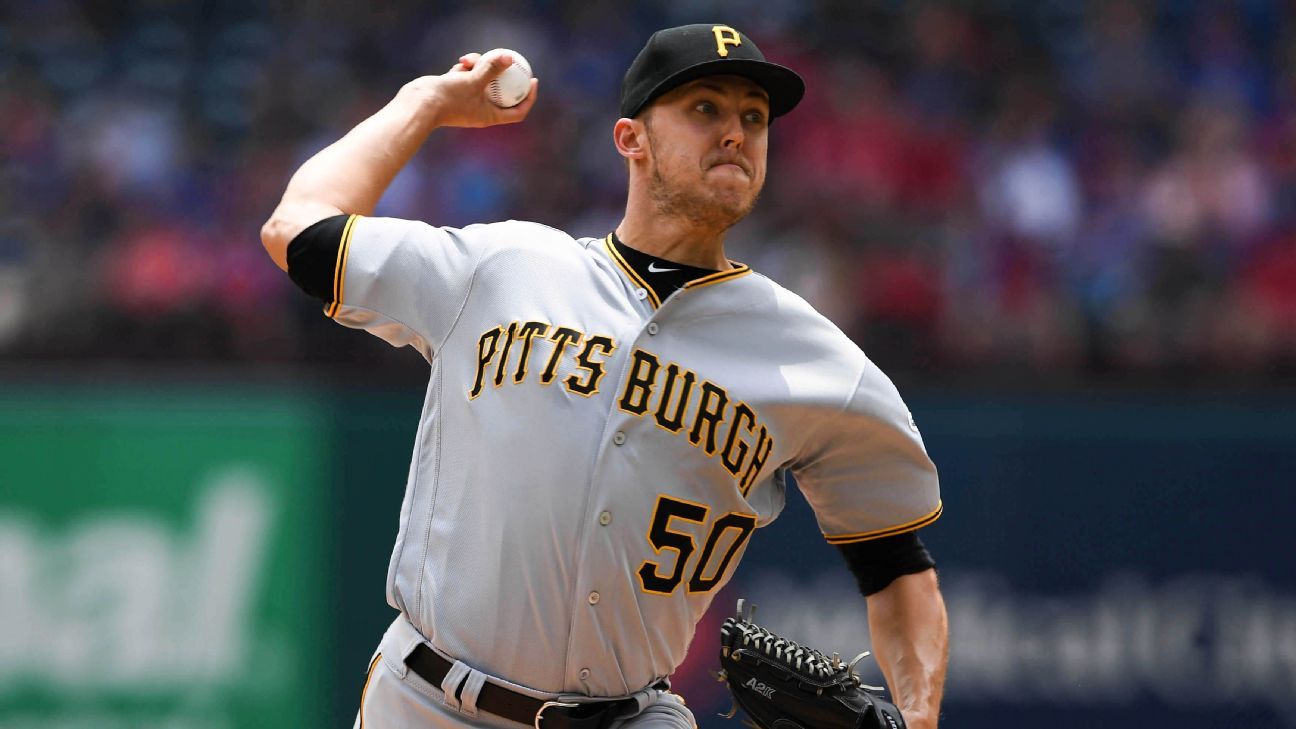 NEW YORK — Jameson Taillon‘s trade from Pittsburgh to the New York Yankees started to soak in, and he thought about reuniting with former roommate Gerrit Cole.

Taillon, recuperating from his second Tommy John surgery, was acquired Sunday for four prospects. He joins a revamped rotation headed by Cole and projected to include Deivi García, Jordan Montgomery and Corey Kluber, whose pending $11 million, one-year deal is expected to be finalized this week.

“When you’re going through it, it doesn’t seem like as much as it sounds. That sounds crazy. But each injury is separate. Each experience is separate,” he said.

Taillon felt he didn’t fulfill the confidence Pittsburgh showed when he was selected with the second overall pick in the 2010 amateur draft. He was disappointed the Pirates blew up a group that came through the minors together and admitted “seeing all my good friends get traded in Pittsburgh and to see the direction we were headed … didn’t necessarily light a fire” and he thought a trade “was necessary.”

“I’m jumping into a legendary franchise, a legendary organization,” he said. “I overnight went from a rebuilding organization to a team like the Yankees where I’m stepping in and the only thing they care about is to win. So that’s kind of lit a fire under me.”

When he awoke from his last operation, he decided he needed to relieve pressure on his elbow, putting more work on his legs and shortening his arm motion. He reworked his mechanics with Ben Fairchild, a sports performance manager in Houston who has assisted Andy Pettitte, Mark Melancon, and Anthony Rendon; Pirates director of sports performance A.J. Patrick; Pirates pitching coach Oscar Marin; Pirates bullpen coach Justin Meccage and the Florida Baseball Ranch in Lakeland.

He started throwing bullpen sessions last July and got up to about three innings of batting practice. Taillon thinks his fastball velocity is about 95 mph, where it was before the latest injury, and he gained deception. Taillon plans to leave heavily on his four-seam fastball, alternating curveballs and sliders along with occasional changeups.

“I hate seeing videos of the way I used to throw. It disgusts me,” he said. “I kind of had like a coming-to-grips moment where I said, you know what, my current set of mechanics and what I’m doing isn’t working. That’s just the cold, hard truth. I need to change something or else my career is going to be over. So I stripped it all the way down. With rehab, all you have this time. I had 12, 15, 16 months to strip it down and kind of revamp my mechanics and revamp my career.”

Taillon was inspired watching former Pirates teammate Daniel Hudson overcame two Tommy John operations and strike out Houston’s Michael Brantley for the final out of the 2019 World Series for Washington. Taillon looks forward to reaching the big league playoffs for the first time with the Yankees.

“New York’s one of those organizations where it’s all about winning. From what I’ve heard, nothing else matters in that clubhouse,” he said. “It’s a group of guys trying to make each other better, trying to push for October. And I mean, seriously, ever since I got the news that the Yankees are where I was headed, I can’t stop thinking about that. I’ve heard Yankee Stadium in October is just absolutely incredible.”

The Major League Baseball Players Association has turned down latest MLB proposal for the universal designated hitter and an expanded playoff format, sources confirmed to ESPN.

The news was first reported by MLB Network.

The union’s stance has been all along that it did not want to talk about a trade of the universal DH — which benefits a group of players — in return for expanded playoffs. Nonetheless, MLB included the two items in its proposal, and that concept has been turned down.

The universal DH and expanded playoff format were implemented for 2020 during the 60-game shortened regular season due to the coronavirus pandemic.